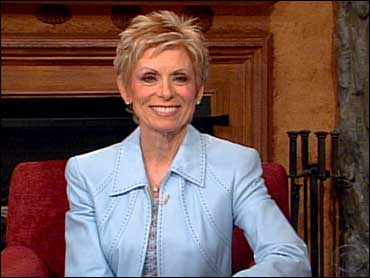 Last week, the "Unmerry Marriage Survey" conducted by Woman's Day and AOL, found that more than half of 3,000 married women polled were not sure they would marry their husband again.

One-third said they would definitely not pick the same spouse. Three-quarters of the women admitted to keeping secrets from their husbands.

This news doesn't come as a surprise to radio talk-show host and marriage and family therapist Dr. Laura Schlessinger, who has over 8.5 million radio listeners worldwide.

"I want to tell you, from the time I spent on the air talking to women complaining about their husbands, one question they didn't ask these women, 'Would you want to come home to you?' I think the vast majority of these unhappy women are bad wives," Schlessinger, who has been married to her husband for 22 years, told The Early Show co-anchor Hannah Storm.

In her latest book, "The Proper Care and Feeding of Marriage," Schlessinger, who has appeared on the New York Times bestseller list eight times, teaches men and women how to appreciate their own sexuality, and gender strengths and weaknesses in order to make their marriage more loving.

She said people shouldn't focus on what their spouses are doing wrong but think about how they can make the life of their spouse worth living.

"What can I do to make them want to be alive and want to be with me?" she said. "That should be the first thought in the morning when you roll over and see your beloved."

Schlessinger said it's normal for another person to pop into a married person's mind from time to time, but fantasizing becomes detrimental if it happens constantly. In the survey, 75 percent of women said they think about men other than their husbands. Admittedly, men also often desire women they see at work or on the street. Schlessinger says this is natural, but both husbands and wives need to think about how they can make the other feel more desired.

"Turn your wife into a honey," she said. "One of the things in this book is how do you help make her feel like more of a woman? Who thinks about that?"

Ultimately, women want a strong man who they can depend on and who will protect and provide for them, Schlessinger said. Men, on the other hand, enjoy softness and sweetness in women.

"We don't have to give up being smart or competent to be a sweet woman to our man," she said.

She says that husbands and wives can enjoy happier marriages if they simply "shut up" and that there is far too much communication with words. Stop nitpicking, she said, and do nice, physical things for your spouse like rubbing their hand or putting flowers on the table.

To read an excerpt of "The Proper Care and Feeding of Marriage,", click here.

Chefs On A Southern Shoestring

Brad Pitt On 'Troy' And The DVD