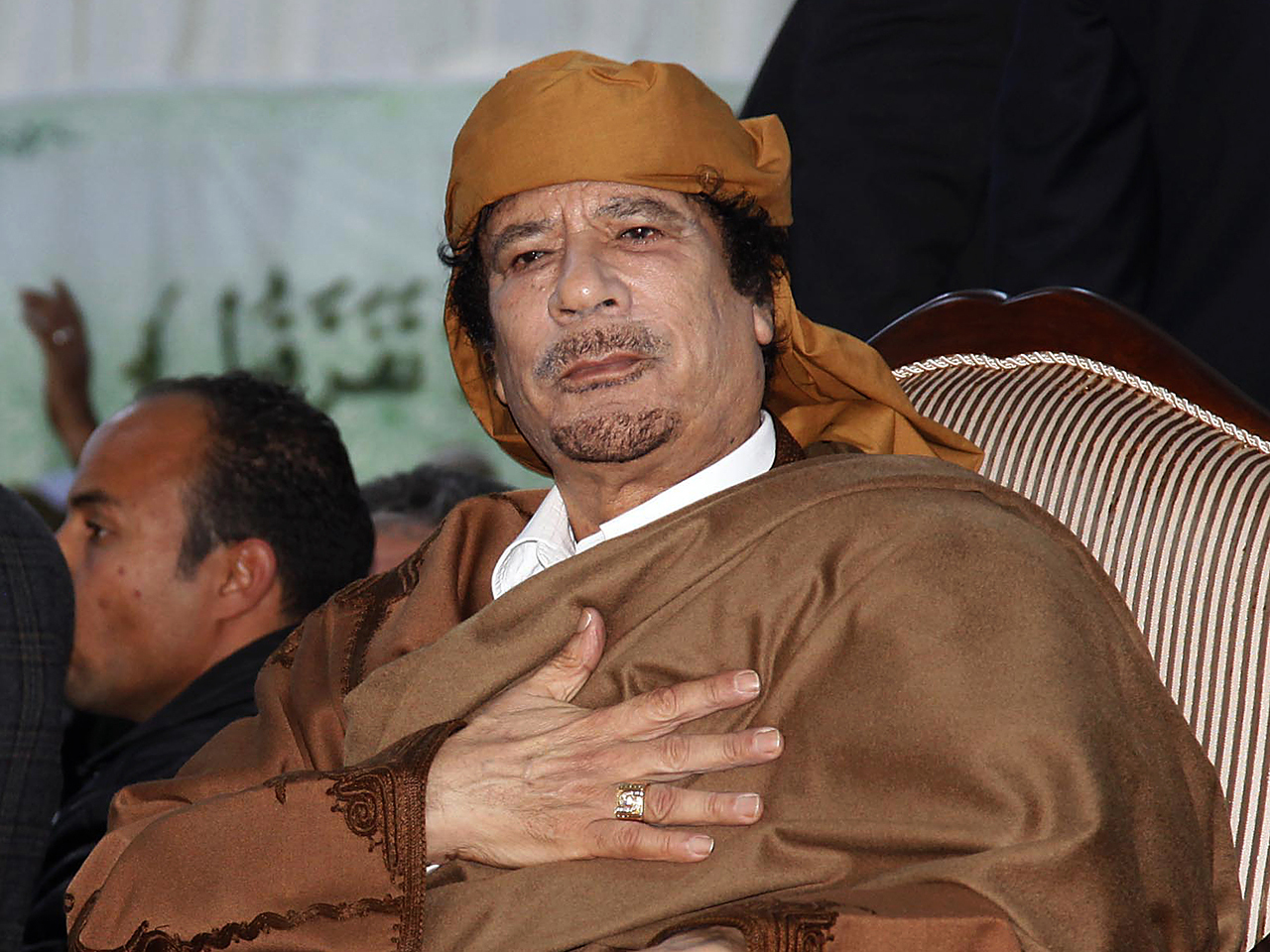 TRIPOLI - U.S.-based Human Rights Watch said Friday that 24 people have been killed in clashes between protesters and pro-government forces in Libya. The deaths allegedly occurred on Wednesday and Thursday. Many of the dead reportedly had gunshot wounds.

But the number quickly seemed outdated.

Quryna, a Libyan website with ties to Seif al-Islam Gadhafi, a son of Moammar Gadhafi, said Friday security personnel in the eastern city of Benghazi, Libya's second-largest, fired on protesters, killing 13 of them.

Gamal Bandour, a judge in Benghazi, said marchers clashed with security after a funeral where the bodies of 15 protesters shot to death on Thursday were buried. On their way back from the service, protesters set fire to government buildings and police stations.

"The security forces were forced to use live bullets to stop the protesters, when their protests turned violent and aggressive as they set fire to police stations in the city, attacked administrative buildings and set fire to police vehicles including six in front of Jalaa Hospital," Quryna said.

Besides the deaths in Benghazi, a hospital official in the eastern city of Beyida told The Associated Press on Friday that the bodies of at least 23 slain protesters were at his facility, which was treating about 500 wounded — some in the parking lot for lack of beds.

"We need doctors, medicine and everything," he said. The official spoke to the AP on condition of anonymity for fear of reprisal.

Quryna also reported 1,000 inmates at a prison in Benghazi attacked guards and escaped, though three of them were shot dead by guards.

The site also said Friday that the national congress, under pressure from widespread unrest, has halted its session indefinitely and will take steps to reform the government when it reconvenes.

The wave of pro-democracy protests that has swept across the Middle East has brought unprecedented pressure on leaders like Gadhafi, who have held virtually unchecked power for decades.

Earlier Friday two Libyan exile opposition groups claimed in media reports that control of the city had been taken over by anti-government protesters, joined by local police. But reports by Al Jazeera indicate government forces ("militias" according to Al Jazeera) are clashing with residents who are fighting back "with any weapons they could find."

Videos posted online (which could not be independently verified) purport to show a funeral for protesters killed in Libyan clashes, and a crowd destroying a monument to Libyan leader Moammar Gadhafi.

Calls to join funeral processions in Benghazi for those killed in clashes with pro-government forces spread on Facebook and websites, bringing hundreds of protesters who camped out Friday in the center of the city.

One of the protesters, Nizar Jebail, owner of an advertising company, said he spent the night in front of the city's court building. He said he wants not just reforms, "but freedom and equality."

"There are lawyers, judges, men and some women here, demanding the ouster of Gadhafi. Forty-two years of dictatorship are enough," he told The Associated Press by phone.

"We don't have tents yet but residents provided us with blankets and food. We learned from Tunisia and Egypt," he said.

The wave of protests that has swept across the Middle East has brought unprecedented pressure on leaders like Gadhafi who have held virtually unchecked power for decades.

Libya is oil-rich, but the gap between its haves and have-nots is wide. The Central Intelligence Agency estimates about one-third of Libyans live in poverty, and some demonstrators say that places outside the capital city of Tripoli have been badly neglected by the government.

As in Egypt and Yemen, however, government supporters have clashed with the demonstrators and Jebail said his brother and nephew are in critical condition after being beaten by the Libyan leader's Revolutionary Committees.

The move to restore Gadhafi's image came as the Libyan opposition said police in some cities had gone over to the protesters.

According to Mohammed Ali Abdullah, deputy leader of the exiled National Front for the Salvation of Libya, said that because local police and residents in the town of Beyida belong to the same tribe, "it was impossible for the police to keep attacking its own people." His account could not be independently verified.

Meanwhile, in footage broadcast by Libyan TV, Gadhafi drove through his nation's capital of Tripoli in a motorcade late Thursday, drawing a cheering crowd.

Gadhafi's open-roofed car slowly was thronged by cheering supporters, some pushing toward the car to try to reach Gadhafi and shake hands.

"We do not want any other leader but Gadhafi!" one woman shouted.