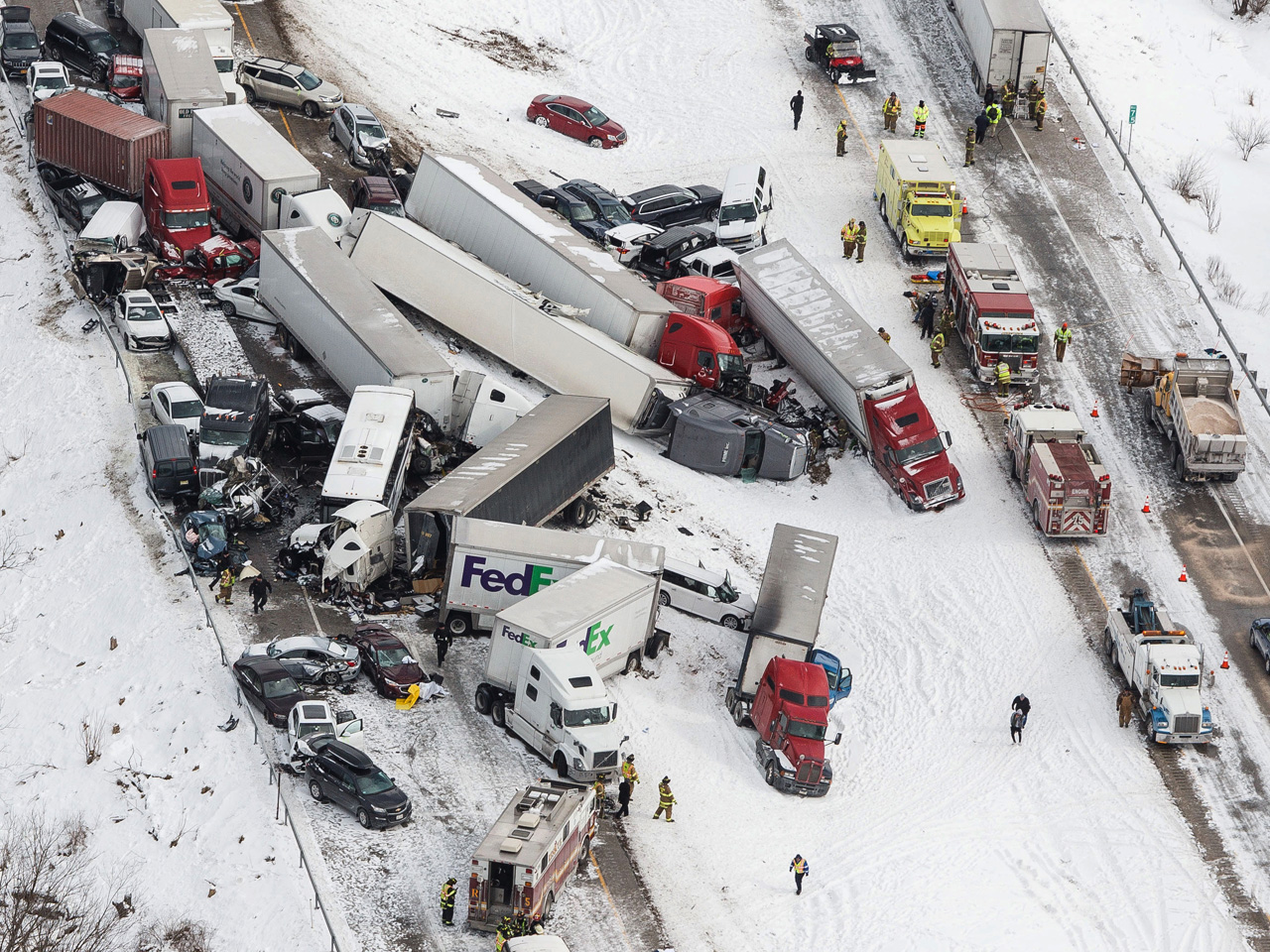 FREDERICKSBURG, Pennsylvania - A pileup involving dozens of vehicles on an interstate highway in Pennsylvania that killed three people and sent dozens to hospitals appears to have been related to a passing snow squall, authorities said Saturday.

Trooper Justin Summa said three fatalities had been confirmed following the 9:45 a.m. Saturday crash which involved at least 50 commercial and private vehicles. Police said more than 40 people were transported to several hospitals following the crash on Interstate 78 in Bethel Township.

The pileup left tractor-trailers, box trucks and cars tangled together across three traffic lanes and into the snow-covered median about 75 miles northwest of Philadelphia.

Megan Manlove of Penn State Hershey Medical Center said 10 patients had been brought in from the crash, three in critical condition, three with moderate to severe injuries and four with minor injuries.

PennLive.com reported that some witnesses reported sudden whiteout conditions on the interstate before the crash.

"It just turned real white," Raul Jardine of Allentown said, adding that all he could see were the brake lights of the car in front of him, so he slowed down and was hit from behind.

Nearby resident James Steffy told WHP that the crash "sounded like two bombs went off."

"We thought it was thunderclouds, and my wife ran up over the hill and saw the accident," he said.

Police said more than 70 people were taken to a warming shelter operated by the American Red Cross at a firehouse in the area.

"We're keeping them warm, keeping them fed and hopefully going to provide them with some rental cars," Summa said.

The Penn State-Lehigh Valley men's basketball team was heading to a game in New Kensington when the team's chartered bus was hit by a tractor-trailer, the university said. Officials said there were no serious injuries to anyone and the students were "on a warm, dry bus" but were being taken to a hospital as a precaution.

Pennsylvania Emergency Management Agency spokesman Cory Angell said an emergency operation center was activated and a special response team was dispatched to deliver stockpiled supplies such as food and water if they are needed.

Angell said drivers were being urged to use caution due to extremely cold temperatures and blowing snow making roads hazardous even though they have been plowed.

Police said the interstate would remain through about 2:30 a.m. local time, according to WHP-TV.