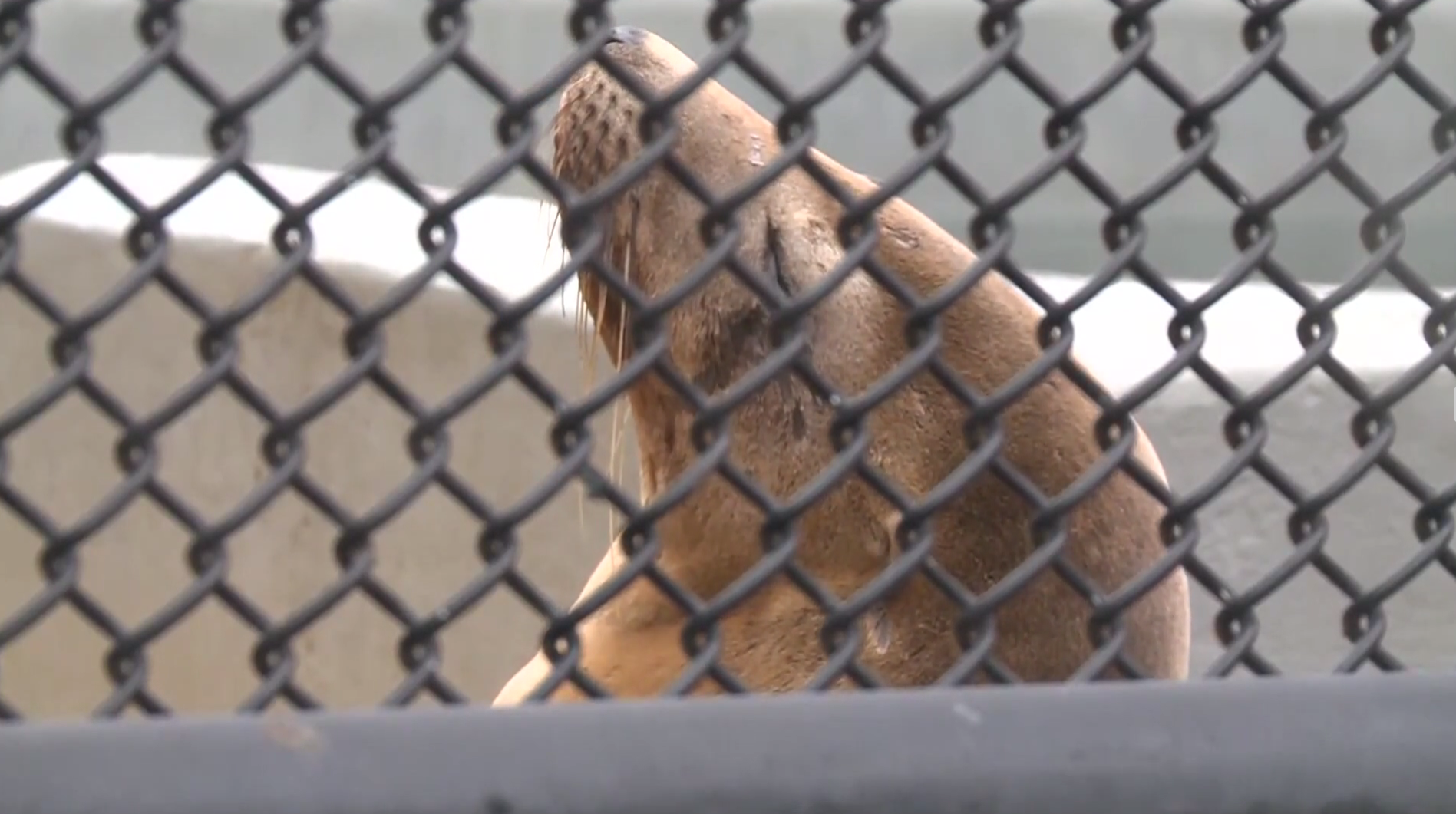 SAUSALITO, Calif. -- Something in the water has made dozens of sea lions sick, leaving experts at Marine Mammal Center in Sausalito, California, scrambling to help them, CBS San Franicsco reports.

The center has taken in 70 sea lions since the start of July. All have had domoic acid poisoning.

The acid is a neurotoxin released by algal blooms and can cause severe or even permanent brain damage.

"It's hard. It's really hard to watch these animals suffer, especially if there's not something we can do to stop these blooms from happening," said Dr. Cara Field with the Marine Mammal Center.

Only about half the sea lions make it once they're rescued.

Most of the animals at the Center are from the San Luis Obispo area on the California coast, but domoic acid levels are rising and creeping further north.

"August and September are peak times for us as well," explained Field. "We're hoping, 'Oh maybe the worst is over.' But this is just one small part of our area."

Since sea lions eat many of the same things from the sea we do, they are the sea's version of a canary in a coal mine.

The state monitors domoic acid levels. So far, no Bay Area fisheries have been shut down, but the numbers are creeping up around Monterey.

With some of the warmest weather yet to some, sea lions and seafood in the Bay Area may soon feel the effects.

"We eat many of the same things the sea lions do, so if they are getting these seizures and these gastro issues, we can as well," Field said.

The wet winter didn't help. The rain washed a lot of nutrients into the ocean, which helped feed the algae that creates the domoic acid.