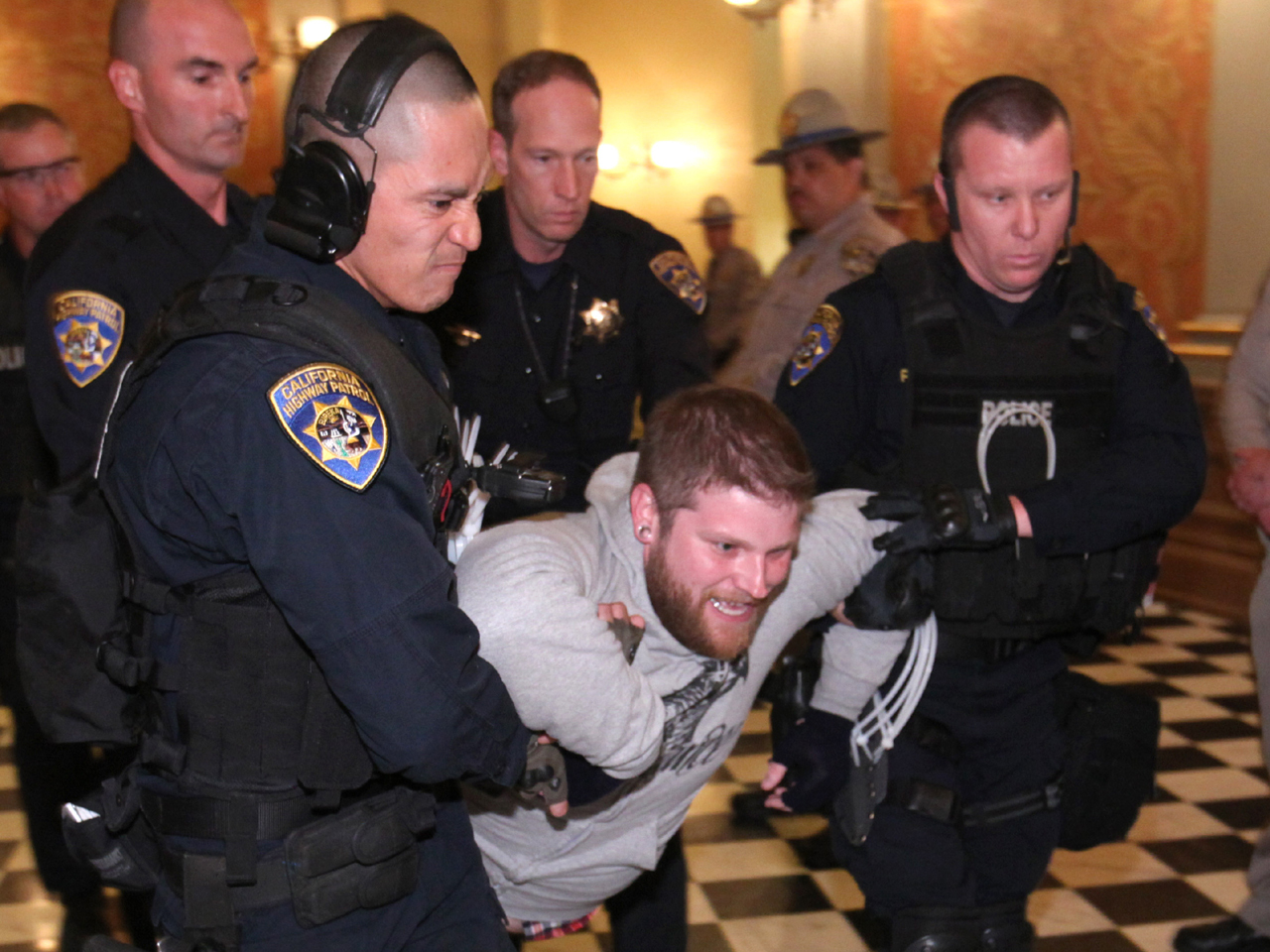 The arrests capped a day of protests over cuts to higher education that saw thousands descend upon Sacramento.

The California Highway Patrol says 68 people were arrested Monday evening and four earlier in the day.

Capt. Andy Manard says the protesters arrested for refusing to leave will be taken to the Sacramento County Jail and charged with trespassing.

They were part of a boisterous daylong protest over state budget cuts to higher education that have led to steep tuition increases and fewer courses at California's public universities and colleges.

Thousands swarmed the Capitol lawn, waving signs and chanting, "They say cut back, we say fight back."