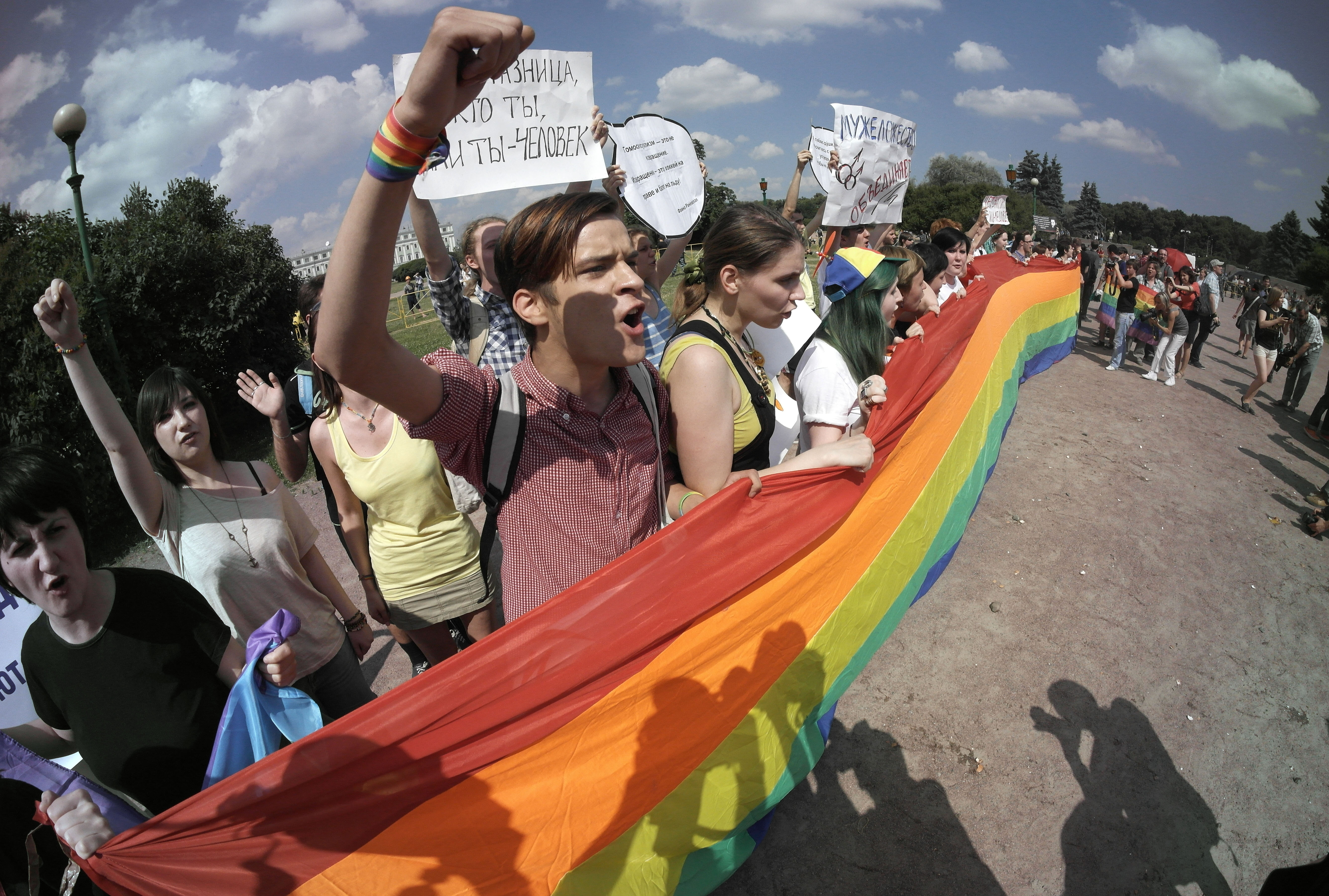 MOSCOW Russian police arrested several gay rights activists and Russian nationalists who confronted them at a rally Saturday that was declared illegal under a new law against "gay propaganda."

Officials in St. Petersburg deemed that the rally, which took place in a space designated for public demonstrations, violated the law. The statute essentially prohibits public displays of homosexuality, as well as talking about it to children.

About 200 nationalists also gathered at the rally, chanting slogans such as "Sodomy will not pass," and throwing eggs and rocks at the gay-rights activists, who numbered about 40.

The official said city authorities banned the rally beforehand for violating the "gay propaganda" law, even though using the space does not require the prior approval of city authorities, unlike other public rallies.

Russia's parliament passed a law banning "gay propaganda" earlier this month. St. Petersburg was one of several cities to pass similar laws at local level before that.

The federal law imposes hefty fines for providing information about the lesbian, gay, bisexual and transgender community to minors or holding gay pride rallies. Those breaking the law will be fined up to 5,000 rubles ($156) for an individual and up to 1 million rubles ($31,000) for a company, including media organizations.

Gay-rights activists have staged several events aimed at violating the law in media-friendly ways. On Friday, three gay and two lesbian couples attempted to marry at a registry office in St. Petersburg, but were refused by authorities.

A widespread hostility to homosexuality is shared by much of Russia's elite. Lawmakers have accused gays of decreasing Russia's already low birth rates and said they should be barred from government jobs, undergo forced medical treatment or be exiled.