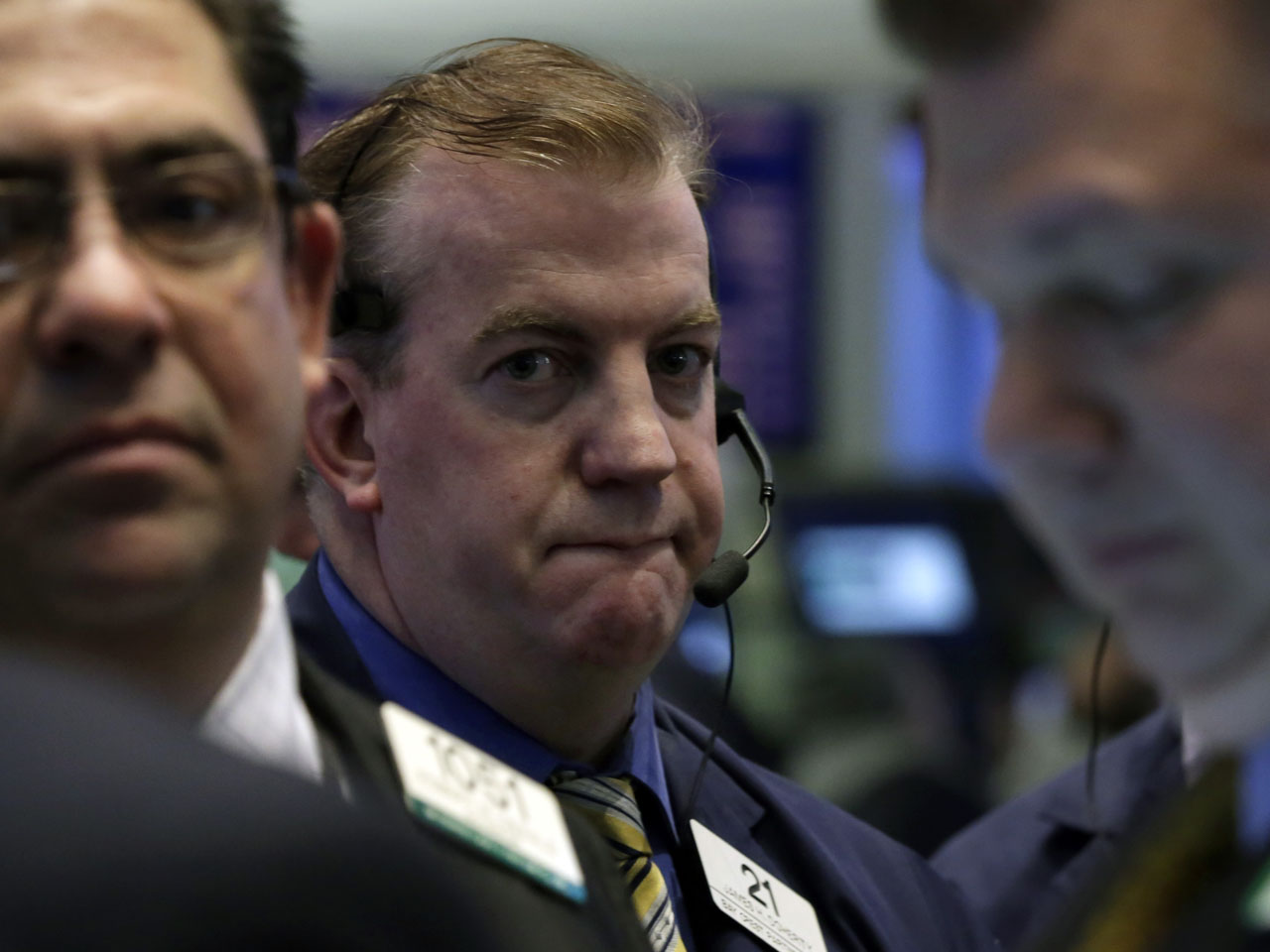 NEW YORK - Disappointing results from Amazon.com and more trouble in overseas markets pushed U.S. stocks lower Friday afternoon, though major indexes were bouncing back from the steep losses from earlier in the day.

Friday's sell-off only adds to a tough January for investors. The Dow is down 5.1 percent, while the S&P 500 has fallen 3.4 percent. Still, both indexes only recently hit all-time highs and aren't close to a correction, a Wall Street term for a decline of 10 percent or more from a peak.

The Dow had fallen by as much as 230 points, so Friday's losses were much less severe by the afternoon. Traders said this type of trading has happened several times this month.

"There's still a large group of investors who ... think this market has legs in it and are using any pullback as a buying opportunity," said Jonathan Corpina, a floor trader on the New York Stock Exchange with Meridian Equity Partners.

An unexpected fall in eurozone inflation showed the recovery is still weak there. Official figures Friday showed the inflation rate in the 18-country eurozone dropped to 0.7 percent in December from 0.9 percent the previous month. That decline has reinforced fears that the eurozone is about to suffer a Japanese-style bout of deflation, which can be very difficult to reverse.

"Even if there is a problem with these emerging market economies, we have plenty of evidence that shows that it doesn't heavily impact the economic momentum of the U.S. and it only mildly impacts earnings for U.S. companies," said David Kelly, chief market strategist with J.P. Morgan Funds. "People were looking for an excuse to sell."

Amazon.com fell $38.50, or 9.6 percent, to $364.40. The online shopping giant said its profit and revenue grew in the latest quarter but results fell below what Wall Street was expecting. Meanwhile, Wal-Mart, the world's largest brick-and-mortar retailer, said its earnings may come in below the low end of its prior forecasts. After falling as much as 1.5 percent in morning trading, Wal-Mart bounced back in the afternoon, adding 35 cents to $75.10.

MasterCard was down $4.12, or 5.2 percent, to $75.64. The credit card processing company reported a profit of 57 cents a share, after one-time adjustments, but the results fell short of the 60 cents analysts forecast. Revenue also missed.

There were bright spots. The video game company Zynga said Thursday it was buying NaturalMotion, the company behind the hit mobile games "CSR Racing" and "Clumsy Ninja." It also said it would cut its workforce by 15 percent. The news sent Zynga shares soaring, up 73 cents, or 20 percent, to $4.30.

U.S. homebuilders surged as investors looked ahead to the coming spring home-selling season, which traditionally kicks off a week after the Super Bowl. Several builders reported strong home price growth for the October-December quarter this week. PulteGroup was leading the rally. It climbed 89 cents, or 4.5 percent, to $20.66.

The yield on the 10-year Treasury note fell to 2.67 percent from 2.70 percent on Thursday. As recently as January 3, its yield was 3 percent.