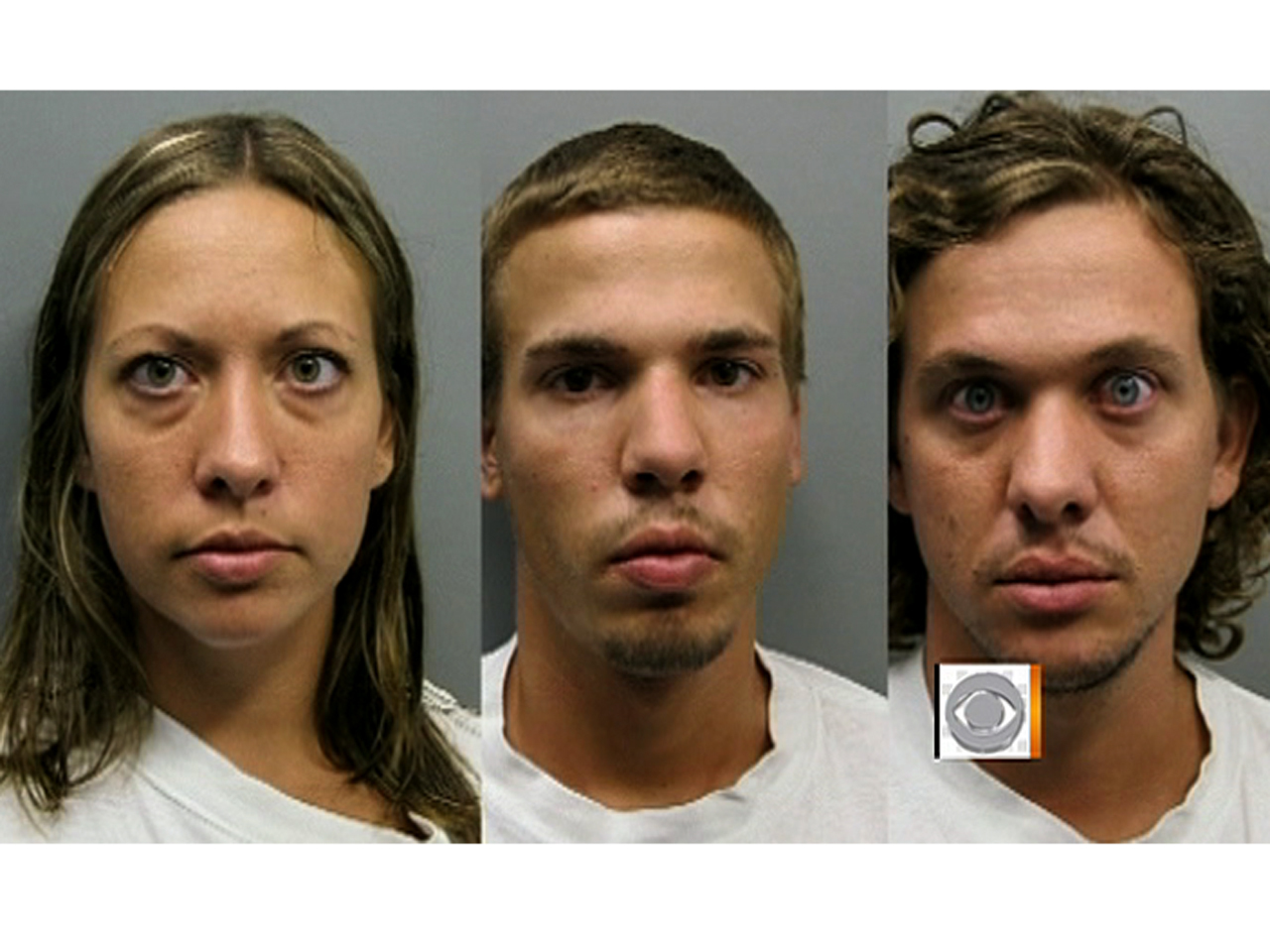 (CBS/AP) WALSENBURG, Colo. - State prosecutors will present their case today against the three siblings accused in a cross-country crime spree that began in Florida and ended with a police chase and gunplay in southern Colorado.

Lee Grace Dougherty, 29, and her brothers Dylan Stanley Dougherty, 26, and Ryan Edward Dougherty, 21, are expected in court Tuesday in Walsenburg for a preliminary hearing. Such hearings in Colorado are where judges hear from arresting officers to determine if there's enough evidence to hold a trial.

The Dougherty trio is accused of robbing a bank in Georgia and shooting at police officers in Florida and Colorado. The siblings are also suspected in two car thefts in Utah.

The widely publicized cross-country manhunt for the Doughertys ended Aug. 10 in Huerfano, Colo., after a chase on Interstate 25. The chase began when the trio was spotted near Colorado City, Colo., about 140 miles south of Denver, authorities said.

The Doughertys allegedly fired an AK-47 at pursuing officers before running over spike strips, blowing a tire, rolling their vehicle and crashing into a guardrail.

Each sibling faces five counts of attempted second-degree murder and five counts of first-degree assault. Additionally, each of those charges carry a separate sentence enhancing charge of a being crime of violence.

They are also all charged with vehicle theft, theft by receiving and displaying fictitious or altered license plates.

Prosecutors accused Ryan Dougherty of being the driver during the Colorado chase and charged him with vehicular eluding. Lee Grace Dougherty is charged with three additional first-degree assault counts, each with an accompanying charge of being a crime of violence.

Each defendant is being held on a $1.25 million bond.

The siblings have not yet entered pleas.