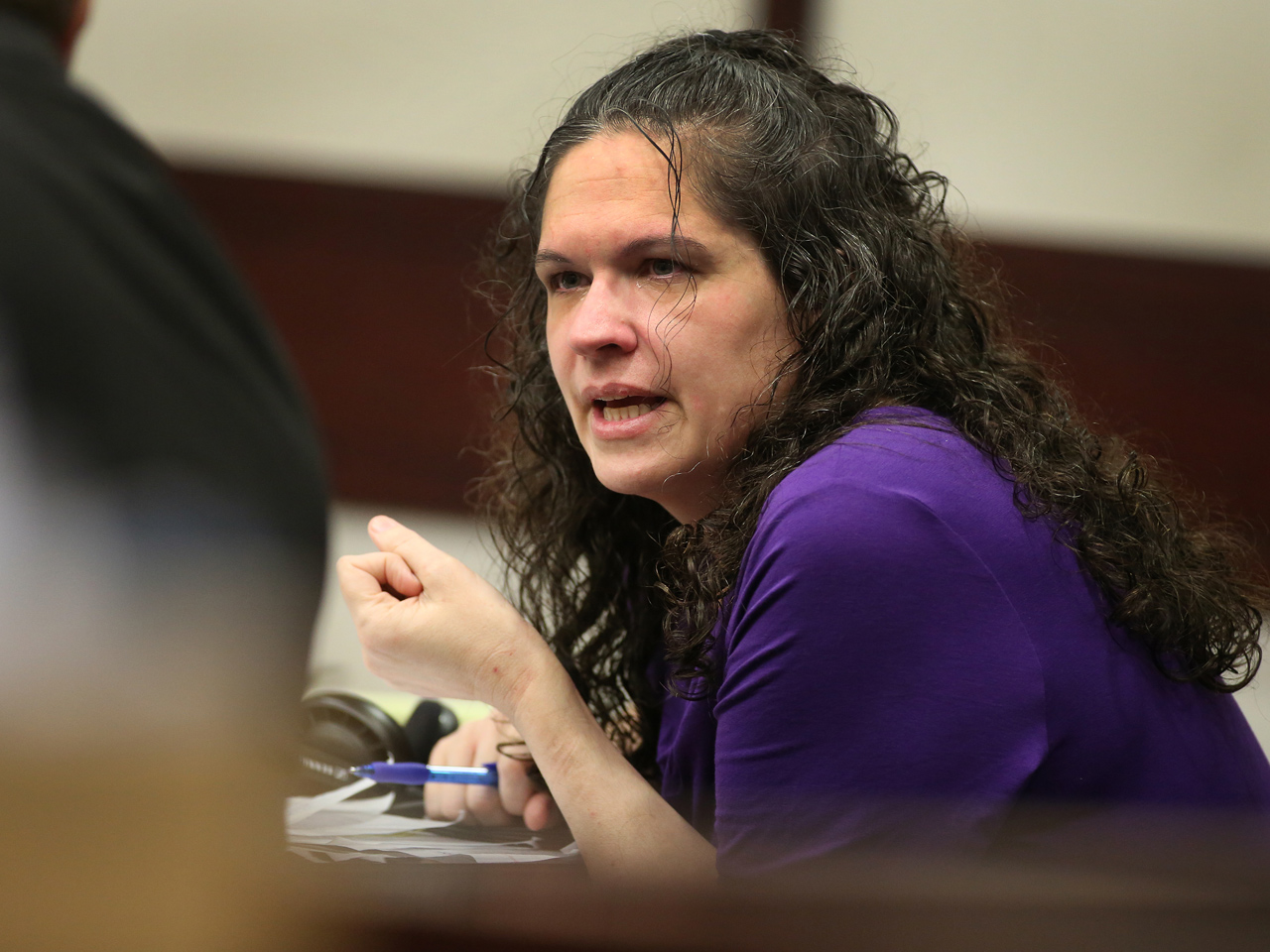 TAMPA, Fla. A woman was convicted Monday of first-degree murder in the slaying of a lottery winner in central Florida and was sentenced to mandatory life without parole by a judge who called her "cold, calculating and cruel."

Dorice "Dee Dee" Moore showed no emotion as a jury foreman read the verdict. Judge Emmett Battles sentenced her to an additional minimum mandatory 25 years for using a gun in the commission of a felony. Moore has 30 days to appeal.

Jurors deliberated for more than three hours before finding Moore guilty of the first-degree murder charge prosecutors had lodged against her in the death of Abraham Shakespeare, who won millions in 2006. Shakespeare's mother was in the courtroom, but showed no emotion.

"She got every bit of his money," said Assistant State Attorney Jay Pruner in closing arguments. "He found out about it and threatened to kill her. She killed him first."

Hileman argued that there were other potential suspects whom prosecutors refused to consider.

"There were a lot of people who owed Mr. Shakespeare a lot of money. One guy owed him a million dollars," he said during his closing arguments. "The police focused on Dee Dee Moore and they didn't even consider other people."

Battles instructed the jury that it could convict the 40-year-old Moore of a lesser charge. Following the verdict, he called Moore "the most manipulative person" he had ever seen, describing her as "cold, calculating and cruel."

Prosecutors built much of their case from confidential informant's statements and financial records.

Moore was briefly banned from the Tampa courtroom Monday over concerns that she may have threatened jurors. She was back a short time later for closing arguments, but said she did not want to take the stand in order to protect her family.

At times, the defendant closed her eyes and averted her face from the jury as prosecutors played audio recordings made by an undercover officer posing as a criminal who would take the fall for Shakespeare's murder.

Prosecutors said Moore befriended Shakespeare in late 2008, claiming she was writing a book about how people were taking advantage of him. They claimed Moore later became his financial adviser, eventually controlling every asset he had left, including an expensive home, the debt owed to him and a $1.5 million annuity. She ultimately swindled Shakespeare out of his dwindling fortune, then shot him and buried his body under a concrete slab in her backyard, Pruner said.

In opening statements, Moore's attorney told the jury that his client was trying to help protect Shakespeare's assets from a pending child-support case when he was killed by drug dealers who haven't been caught.

Former inmate Rose Condora, who was locked up with Moore, said she visits her friend every night at the jail.

"She's not what people think she is. She did not kill that man," Condora told reporters during a break in the trial.