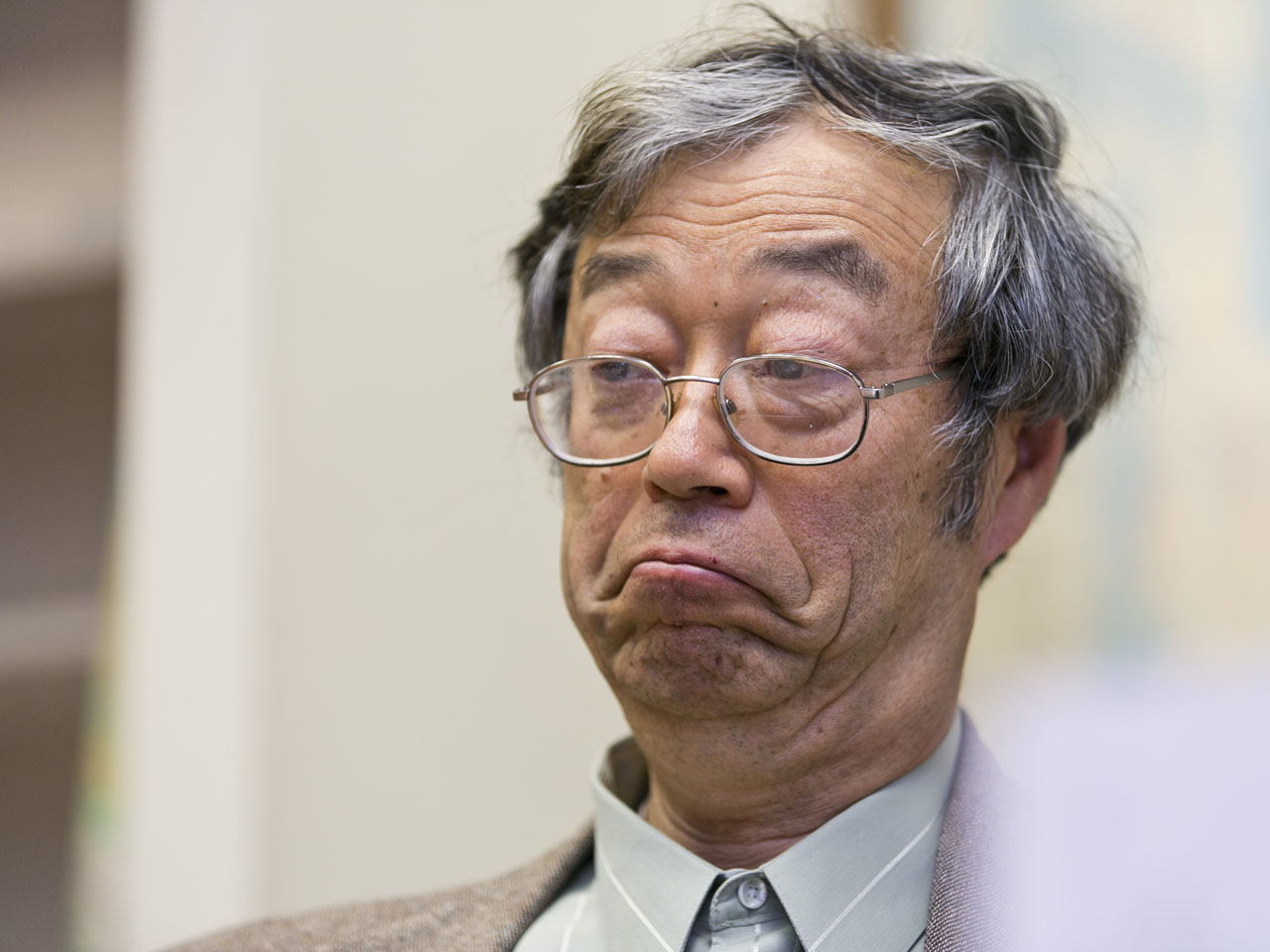 Newsweek reporter Leah McGrath Goodman made a big splash Thursday with her story that allegedly unmasked the person who invented virtual currency Bitcoin. In a twist, as she recounted the tale, the secretive person behind the virtual currency who used the name Satoshi Nakamoto was supposedly not using an alias, but his own name.

Now the story has taken yet another turn. In an interview with The Associated Press -- and under bizarre circumstances that involved being chased by a pack of technology reporters -- Dorian Prentice Satoshi Nakamoto said he is not Bitcoin's inventor. Furthermore, someone with access to an online account associated with the actual inventor wrote, "I am not Dorian Nakamoto." It appears to be the first posting from this account since 2009. (Hat tip to Gawker.)

Newsweek editor-in-chief Jim Impoco has said that the publication stands by the story.

In an interview on CBS This Morning, Goodman said, "Based on the conversation I had with [Nakamoto], that was the clincher for me. Seeing him flee a scene and now deny it, I have to say it's mystifying to me. His family -- and that's part of why I had written it into the story -- told me that they predicted he would be either cagey or deny it. But with me he definitely acknowledged Bitcoin."

Dorian Nakamoto, a computer expert, told AP that he had never heard of Bitcoin until his son mentioned it three weeks prior after receiving a call from Goodman. He said that many of the details in the story are correct, including that he once worked on classified defense projects, but that the main assertion is false. "I got nothing to do with it," he repeatedly told an AP reporter.

When asked about the quote, "I am no longer involved in that and I cannot discuss it," which Goodman took as confirmation that he had, indeed, invented Bitcoin, Nakamoto told the wire service that she had misunderstood him. He said that he was referring to engineering in general, not Bitcoin.

Part of the interview occurred during a car chase in Los Angeles. Other reporters who had also been waiting outside Nakamoto's home followed the AP reporter when Nakamoto joined him for a "free lunch."

There were details in the original Newsweek report that seemed out of place. For example, the Bitcoin inventor was secretive, never even speaking on the phone to early Bitcoin collaborator Gavin Andresen. The story also mentioned Nakamoto's need for money, according to his family. Yet media reports have estimated the real Bitcoin inventor's worth at hundreds of millions of dollars, although precise figures are unknown.

In addition, the opening of the story mentioned a sheriff who immediately recognized the name Satoshi Nakamoto as the inventor of Bitcoin, which seemed unlikely as Nakamoto is not a household name and has been removed from Bitcoin for years.

Goodman told CBS This Morning that her personal information had been released on the Internet, apparently in retaliation for her reporting. Threats also circulated online. "I will pay 0.15 to first person who dox Leah McGrath Goodman," one person said on a Bitcoin forum.

"She's awoken a sleeping beast .... and there are some un-nice people inside this particular beast," said another poster on the forum. "I think she can basically kiss goodbye any hope she had of having secure computing devices any more, Probably she's gonna get electronically assassinated at the very least."

Goodman and Impoco did not immediately reply to questions from CBS MoneyWatch.

Whether this Nakamoto really is the person who invented Bitcoin will matter little the virtual currency's prospects. It is having enough other troubles. Prices have soared and then plunged, particularly when it was discovered that thieves had allegedly raided a major Bitcoin exchange, Mt. Gox, driving the company into bankruptcy.

Then, over the weekend, Canadian Bitcoin exchange Flexcoin closed after having lost 896 Bitcoins, or approximately $600,000, in an electronic attack. Flexcoin's site announced the closure, stating that the company "does not have the resources, assets, or otherwise to come back from this loss."