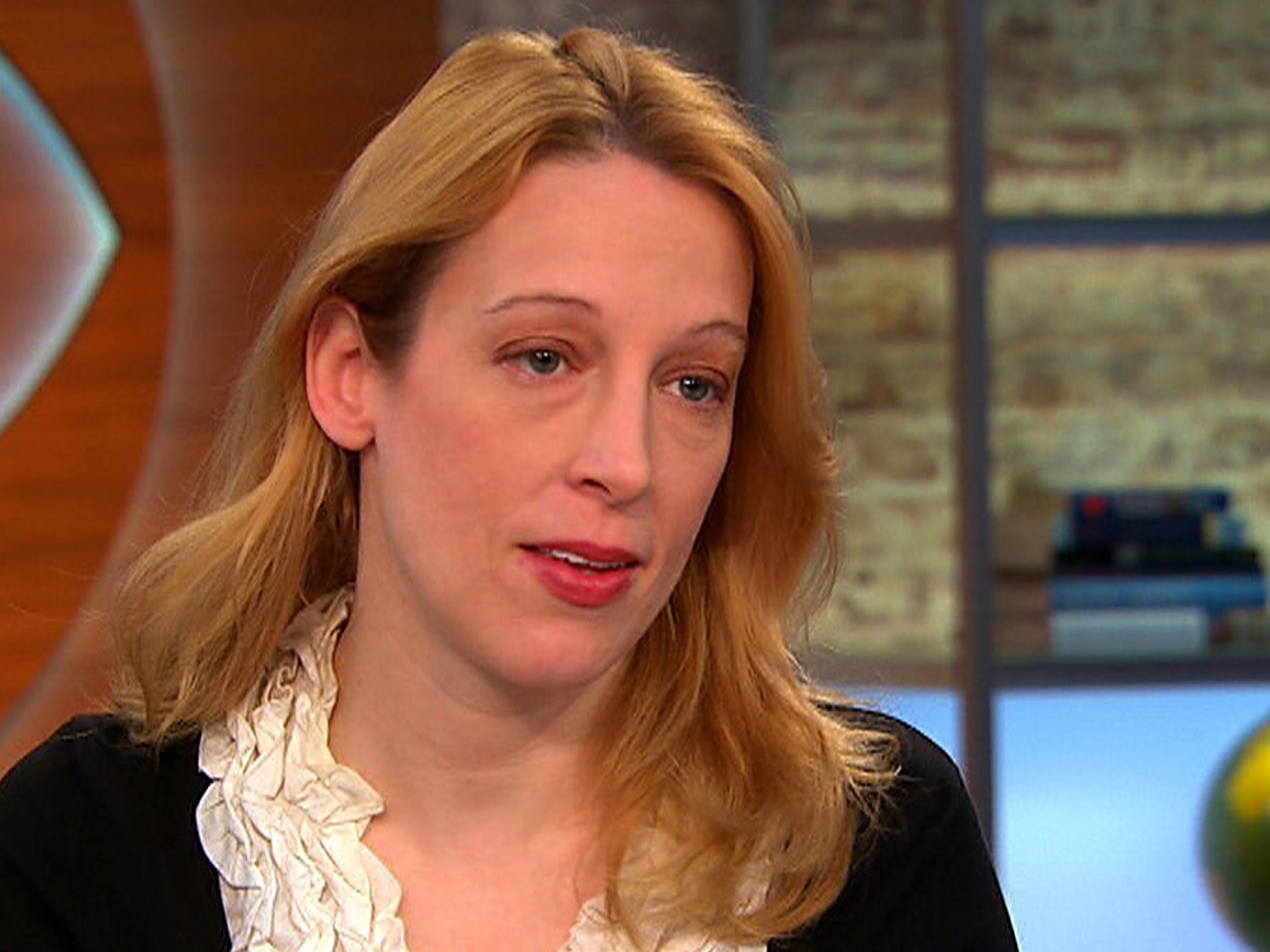 Following denials from Dorian Satoshi Nakamoto that he's the founder of the digital currency Bitcoin -- as claimed in Newsweek's latest cover article -- the writer of the piece is saying she stands by the story.

Leah McGrath Goodman, who wrote the Newsweek article, said on "CBS This Morning" that Satoshi Nakamoto "definitely acknowledged Bitcoin, and I think at this point now, he's saying he was confused by the conversation."

McGrath Goodman said her conversation with Satoshi Nakamoto was "the clincher" for her in her search for the currency's founder. She added, "Seeing him flee a scene and now deny it, I have to say it's mystifying to me. His family -- and that's part of why I'd written it into the story -- had told me that they predicted he would be either cagey or deny it."

"CTM" co-host Gayle King asked about Nakamoto's claim that he was referring to a confidentiality agreement.

So how did she pinpoint Nakamoto as the founder of Bitcoin? McGrath Goodman said she got some help from a couple of forensic researchers.

"I'm an investigative journalist, but they also do things I don't even do everyday -- even close to what I do -- and they have access to archives I don't use," she said. "So we worked as a team and we sort of crossed each other off at the pass on leads, and we would work all the leads we could find. So we started out thinking it could be a pseudonym. It could be his real name. It could be -- we could not confirm it wasn't a pseudonym. We couldn't confirm it was, so we worked with all the possibilities and we narrowed it down. This was the last and final and strongest lead, and at no time could we cancel it out, and still don't."

The Newsweek article triggered a full-blown game of cat-and-mouse through the streets of Los Angeles Thursday, with the media tracking Nakamoto's every move using the Twitter hashtag #bitcoinchase.

Eventually, the retired engineer ended up at the Associated Press bureau. Looking at the Newsweek article, Nakamoto said, "Where did that come about?"

Over a meal of free sushi, he continued denying he was the computer whiz worth an estimated $400 million. In fact, he said he hadn't even heard of Bitcoin until three weeks ago. Nakamoto said, "The main reason I'm here is to clear my name, that I have nothing to do with Bitcoin. Nothing to do with developing. I was just an engineer doing something else. ... I never worked for the company. I don't know any people there."

This isn't the first time the media has tried to unmask Bitcoin's founder. Other outlets have tried, but failed to identify the creator.

Nathaniel Popper, who covers Bitcoin for The New York Times, said, "This is a global system worth billions of dollars, and the I think the world does have a right to know. I mean, people have sunk their lives into this."

"I think it's natural to want to know who is behind Bitcoin, even if he's no longer involved, because it's a one-world currency now," she said.

She added, "If you go to the Bitcoin Foundation website, it says this is a non-political financial tool, but if you go and talk to the people who developed it, they'll tell you it was very politically motivated so if there's a lot of mystery, and I thought as a journalist maybe I could clear it up. It's a little disappointing to see maybe not yet."

McGrath Goodman has recently faced threats online, including the release of her personal information. And she said she's already seeing evidence of that kind of activity. "I saw pretty much everything I can imagine online this morning, including what security questions are on my website, things like that," she said.

Asked if she's worried, McGrath Goodman said, "Clearly somebody thought we did this as an act of war against...Nakamoto or Bitcoin, and I want to be very clear that I certainly never meant it that way...you would think we had demonized him or that we did not like Bitcoin in some way in the article, which was not at all the way I wrote it."