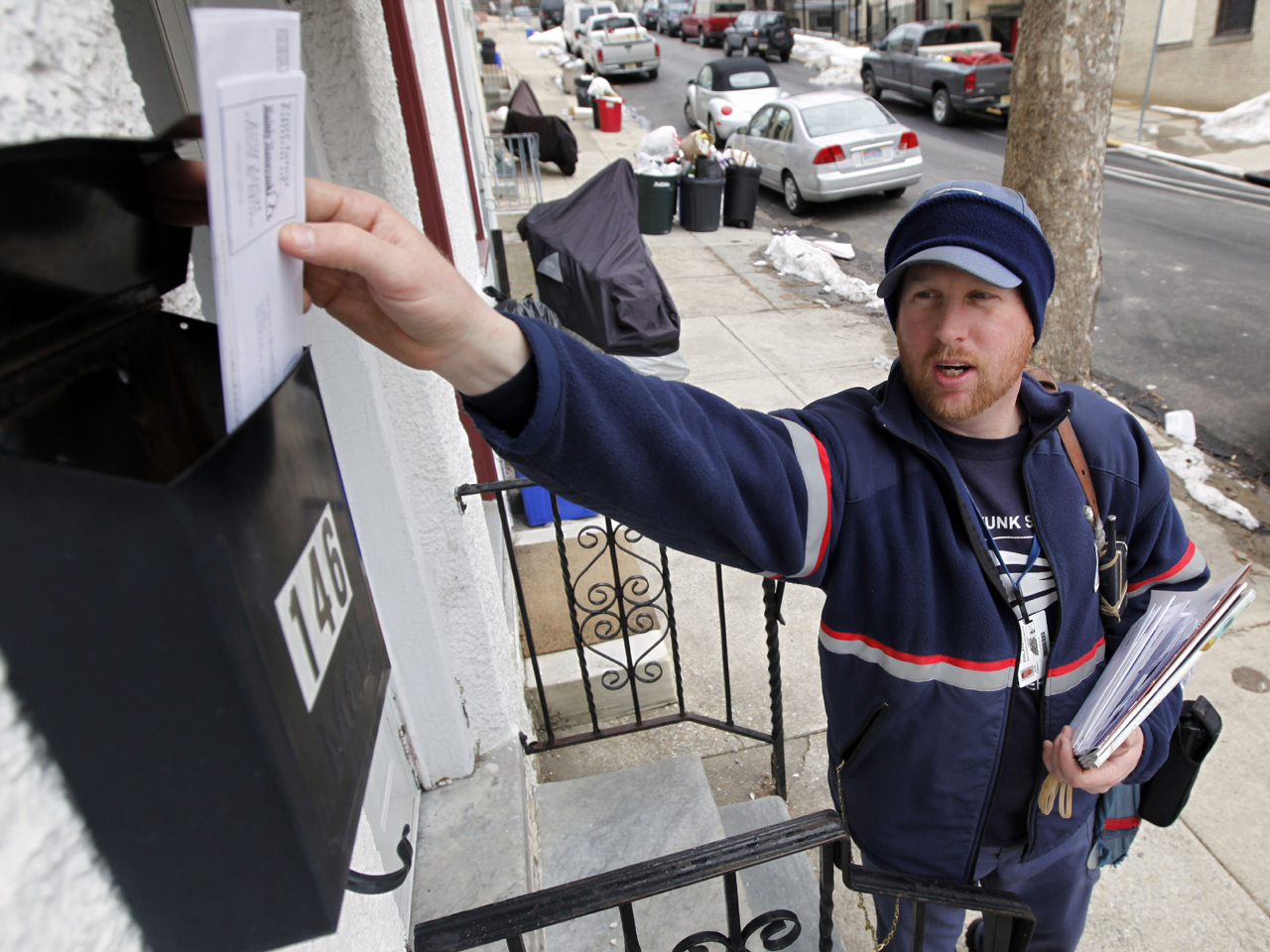 The House Wednesday is considering a proposal that would end door-to-door mail delivery and save the cash-strapped U.S. Postal Service billions of dollars per year.

The Postal Reform Act of 2013, which is being considered today by the House Oversight and Government Reform Committee, would end "to the door" delivery in favor of curbside service or neighborhood cluster boxes.

"A balanced approach to saving the Postal Service means allowing USPS to adapt to America's changing use of mail," said committee chairman Darrell Issa, R-Calif., who introduced the legislation.

In a report released in 2011, the Postal Service's Office of the Inspector General found that door-to-door delivery costs more than $353 per delivery point in cities, compared to $224 for curbside service and $161 for centralized service. There was a similar disparity in rural areas.

Delivering mail to 152 million addresses - including 37.8 million that receive "to the door" service - is the largest fixed cost faced by the Postal Service, at more than $30 billion per year. In an email to CBS News, the Postal Service noted that while mail volume has fallen from 213.1 billion pieces in 2006 to 160 billion today, "changes in delivery costs are not proportionate to changes in mail volume. The letter carrier goes to each address every day, in most cases, whether he is delivering one piece of mail or ten."

If the Postal Reform Act of 2013 clears the Oversight and Government Reform Committee - a vote is expected late today - it would then be eligible to go to the House for a full vote, though the House leadership must decide to take it up. There is currently no announced schedule for consideration on the floor.

The American Postal Workers Union has come out strongly against the proposal, calling it "deeply disturbing" in a statement Monday. The group took issue with the bill over what it cast as limits on collective bargaining, increased health care costs, post office closures and a move toward privatization and consolidation.

"This bill would have a devastating effect on the Postal Service and on postal employees, as well as the American people," said Gary Kloepfer, the group's legislative and political director. "We must do everything we can to stop it."

The Postal Service, which is overseen by Congress, reversed course on an earlier plan to end Saturday mail delivery in April, when it became clear that it did not have the legal authority to do so. The Postal Reform Act would maintain Saturday delivery while phasing out "Saturday delivery of mail-like bills and advertisements," a move that would save an estimated $2 billion each year.

The Postal Service is legally prohibited from taking tax dollars. It has been borrowing from the U.S. Treasury to stay afloat as it has struggled with a decline in mail volume, a government mandate that it fund retiree health benefits, and the requirement that it maintain its commitment to deliver mail to every address in the country.

The agency lost $15.9 billion in 2012, and its total debt now stands at $15 billion - the highest level its debt can reach under federal law.