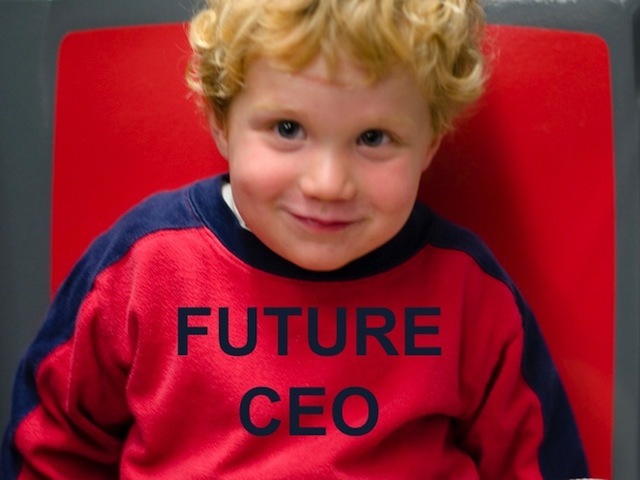 (MoneyWatch) COMMENTARY Technology companies are pretty hard up for talent these days. As in the sports world, Silicon Valley recruiters are all over college campuses wooing top students, sometimes even trying to get them to drop out and "turn pro."

They're apparently wining and dining these geeky kids and offering juicy compensation packages, according to The Wall Street Journal. How long before they start buying them cars and houses, I wonder.

For prodigies who had their own Internet startup before they could throw a baseball, maybe going the Steve Jobs  route and ditching the whole college degree thing is the way to go. But for the vast majority, it's a really bad idea for two reasons.

First, they're simply too young to know what they don't know. Second, it's not likely to be the path to happiness and fulfillment. Let me illustrate with a quick story.

I was a pre-med major when I went to college, but in my junior year got into physics and somehow found my way into the graduate school of engineering. I was recruited by a lot of technology firms. In the end, I chose a big company that would expose me to lots of different functions and groom me for whatever I ended up being good at. That turned out to be engineering management.

But wait, it gets better. A decade into my career, I tried sales and, lo and behold, loved it. After a few years of networking and schmoozing, I landed an executive position running sales for a software startup that ultimately went public.

Now comes the big twist. I eventually talked my way into a marketing job at a hot chip company and wouldn't you know it, I was even better at that than I was at sales or engineering.

Marketing ended up being my true calling. I ended up running marketing for several companies, made a name for myself, and 10 years later started my own management consultant firm. That was nine years ago. And along the way, I found another true love -- writing.

I'm pretty sure none of that would have happened if I'd joined a tech startup right out of school, and certainly not if I'd dropped out before finishing up that all-important masters degree which, for whatever reason, companies love.

Sure, I'm just one guy and maybe I was a late bloomer; who knows. But in my experience, most people have no idea what to do with their lives until they're pretty far along. Not only that, but I put a real premium on young people learning the ropes at a great company that will groom them for the long haul.

Your career is a marathon full of twists and turns and, hopefully, happiness and fulfillment. It's not a sprint to an IPO.

Image courtesy of Flickr user Charles Haynes; thanks to Bob for the tip