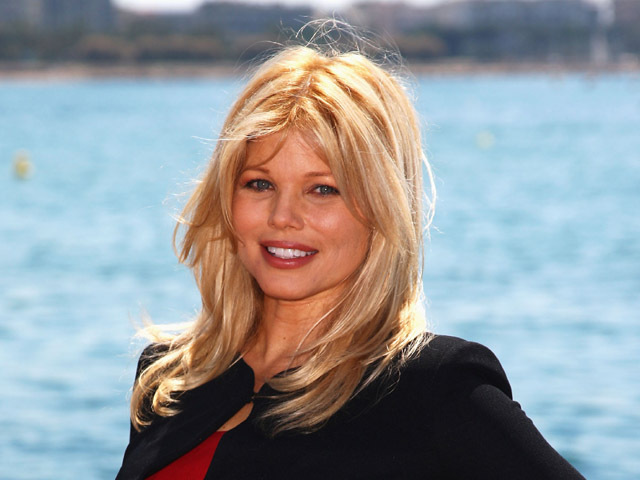 NEW YORK (CBS) Donna D'Errico, a former "Baywatch" actress and Playboy playmate, says she was forced to undergo a full body scan by TSA agents at Los Angeles International Airport because of her attractive looks.

"It is my personal belief that they pulled me aside because they thought I was attractive," D'Errico told AOL News Monday. "My boyfriend looks much more like a terrorist than either I or my son do, and he went through security with no problems."

D'Errico, who was with her 17-year-old son Rhyan and boyfriend Roy J. Bank, the president of Merv Griffin Entertainment, said when she asked the agent why she was picked to go through the body scan, he only responded with, "because you caught my eye."

"It was just, 'Stand here. Raise your arms above your head like this,'" she said. "They never told me that they were going to be conducting a full-body scan, or that I had the option of being searched instead."

D'Errico continued, "after the search, I noticed that the male TSA agent who had pulled me out of line was smiling and whispering with two other TSA agents and glancing at me. I was outraged."

TSA spokewoman Nico Melendez was quick to dismiss D'Errico's claims, telling AOL News that "passengers are selected at random and not because they're celebrities."