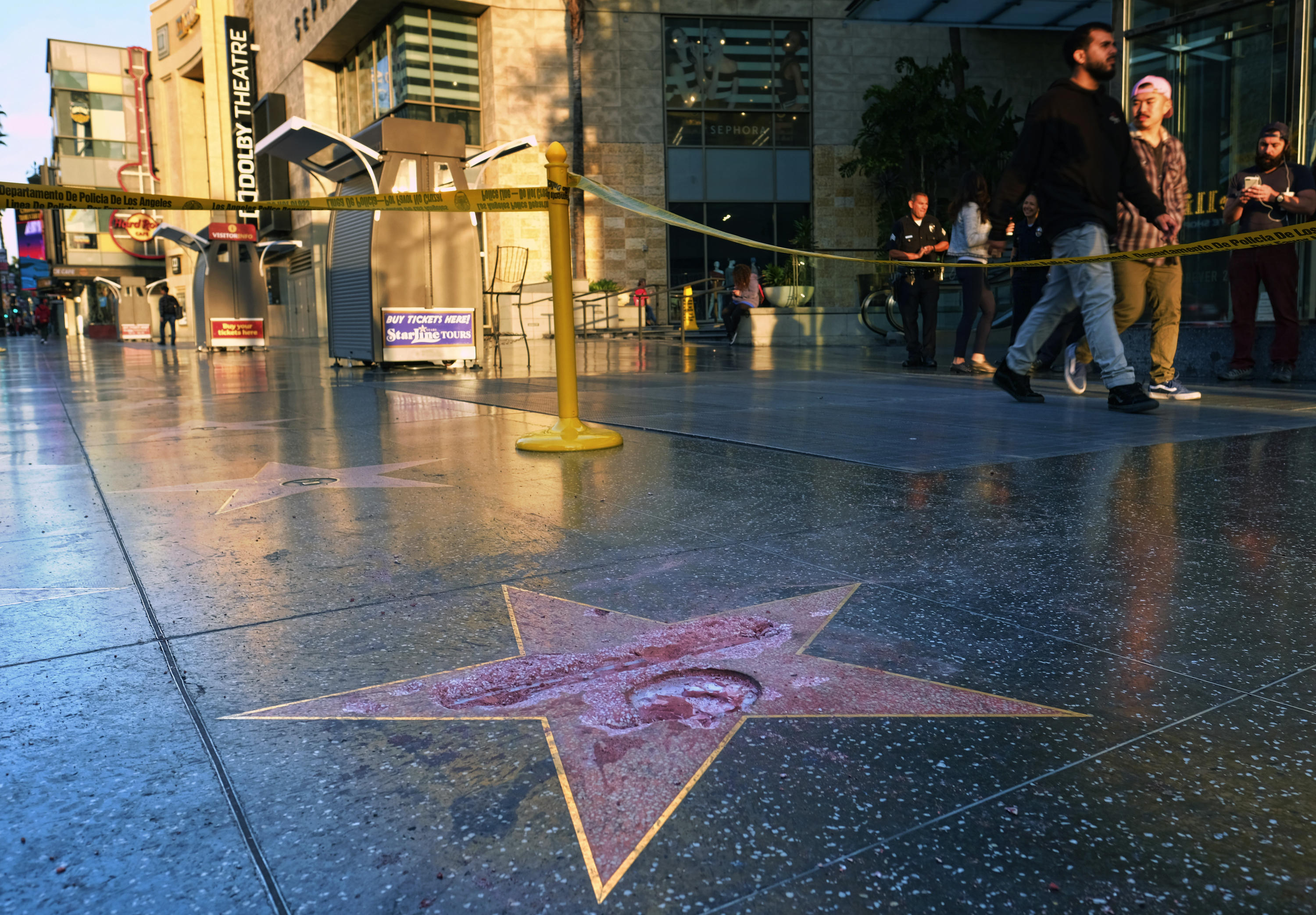 It wasn’t the first attack on Donald Trump’s star on the Hollywood Walk of Fame this year, but it was certainly the most damaging.

The tile displaying Trump’s star -- on a stretch of sidewalk near the Dolby Theater on Hollywood Boulevard -- was destroyed by a man wielding a sledgehammer early Wednesday morning. Los Angeles police are investigating.

The man, who identified himself as James Otis, dressed as a city-employed construction worker and set up several Los Angeles Department of Transportation cones and signs around the star before setting to work destroying it.

Otis told Deadline that he originally intended to remove Trump’s star in order to auction it off to raise legal funds for the 11 women accusing the presidential candidate of assaulting them.

Trump received the star in 2007 in recognition of his work on “The Apprentice.” Earlier this year, the star was vandalized multiple times. At one point, protestors built a miniature wall around it. Later, a swastika was repeatedly drawn on and cleaned off of the tile.