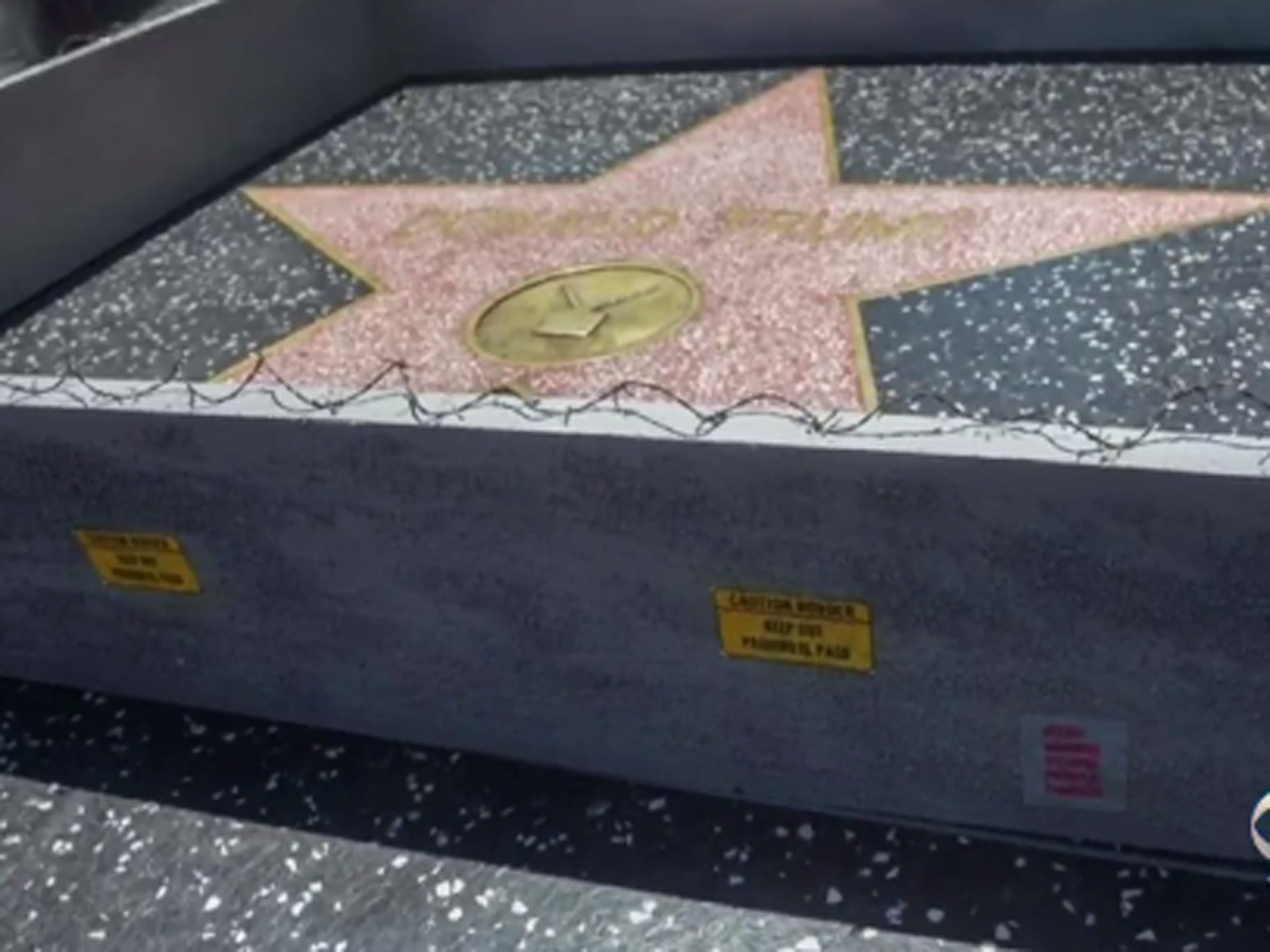 HOLLYWOOD -- Someone has erected a concrete border around Donald Trump's star on the Hollywood Walk of Fame, the same day the Republican Party officially nominated him as its presidential candidate, says CBS Los Angeles.

Published reports indicate that Plastic Jesus, a well-known Los Angeles street artist, was behind the display, which apparently went up Tuesday.

The wall draws reference to Trump's proposed wall along the U.S. border with Mexico.

The display is complete with barbed wire and "Keep Out" signs.

On Instagram, Plastic Jesus shared a photo of it and wrote:

"Hollywood sight-seers on the famous walk of fame were confronted with an unusual edition to Trump's Famous Star. Someone had built a 6″ tall grey concrete wall around it. Complete with 'Keep out' signs and topped with razor wire. The unofficial addition to the iconic star appeared early Tuesday afternoon, to the amusement of onlookers."

He's also garnered attention for other displays, including "No Kardashian Parking Anytime" signs in L.A. and a massive statue of an Oscar snorting drugs.

It wasn't clear whether the wall was still there Tuesday evening.