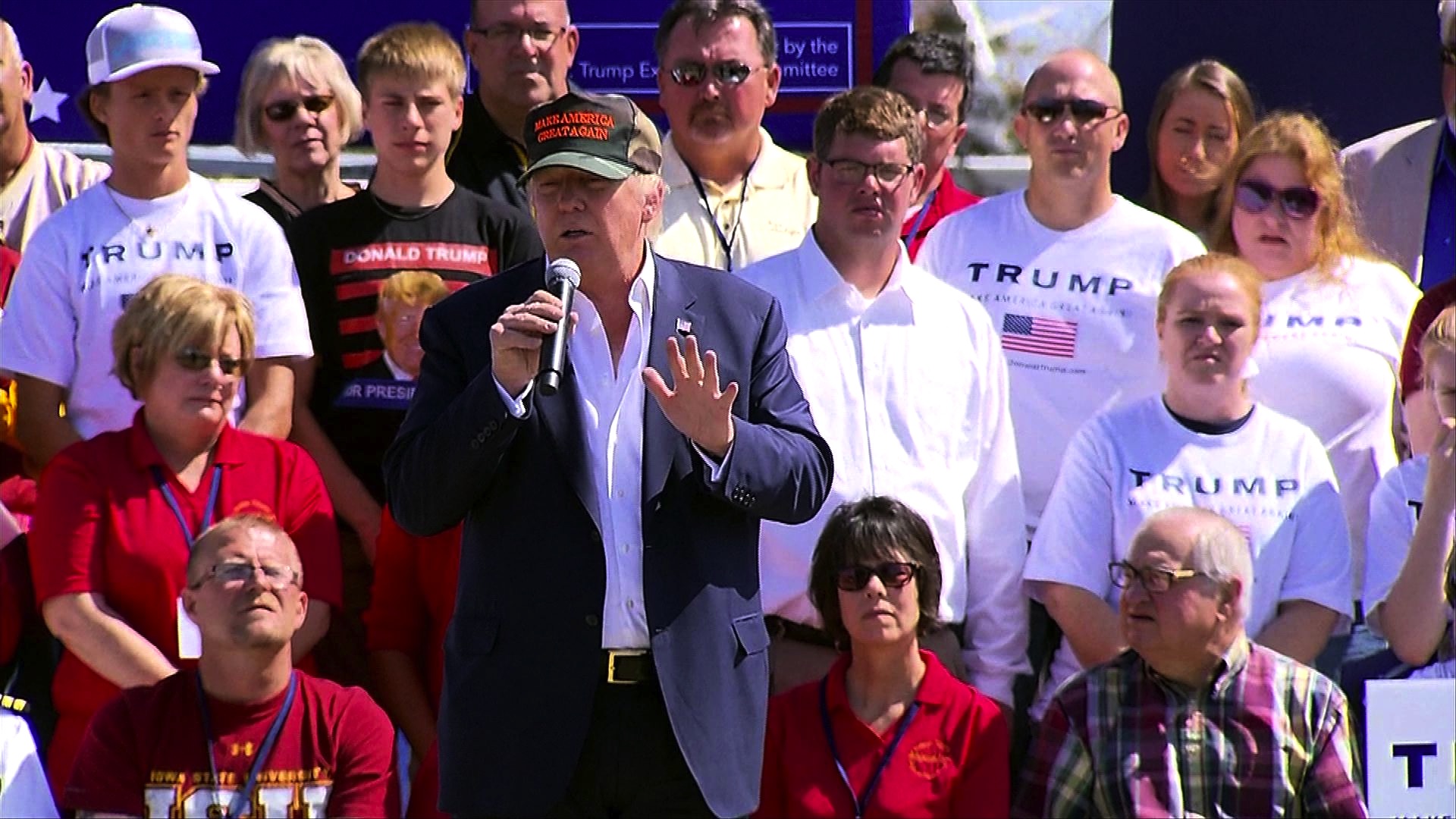 A day after former Texas Gov. Rick Perry, once a vocal critic of Republican front-runner Donald Trump, dropped out of the presidential race, Trump is warning against any further attacks against him, saying it's not a strategy that's been effective for any of his opponents.

"He's a nice man," the business mogul said of Perry, speaking to reporters after a campaign rally in Boone, Iowa, Saturday. "I knew him before he went a little bit hostile. And he went hostile in order to try and get some traction. It didn't work."

"Actually," Trump added, "so far it hasn't worked for anybody."

When asked what he expects will happen in next week's Republican debates, the leader of the GOP pack said he expects to be "going into a lion's den."

"Somebody will attack," Trump said. "You know, somebody like a Rand Paul, who's down 2 percent. He'll maybe attack. He's been very nasty lately. He's been very nice, very nice, and all of a sudden about a week ago, he started attacking because his poll numbers are down."

He likened Paul's assault to a strategy deployed by others in the conservative party: "He started attacking me. Just like Perry did. Just like Sen. Lindsey Graham did, who's down to almost zero." He also pointed to former Florida Gov. Jeb Bush, who has repeatedly slammed the billionaire for his "ridiculous" comments on immigrants, and his precipitous drop in the polls.

"Now, I don't know if that's because of me," Trump said. "But it certainly seems to be unlucky to attack me."

Trump currently leads several national and early-voting-state polls, including the latest Quinnipiac survey of Iowa GOP caucus-goers. In contrast, Perry, who had hit Trump several times as a "cancer on conservatism," became the first casualty of the 2016 election cycle when he suspended his bid for the White House Friday in St. Louis, Missouri.

During his campaign rally, Trump wished Perry well despite the attacks against him.

His appearance in Iowa touched on the real estate magnate's usual platforms, including his promise to "take care of" military veterans and their families, his plan to deport undocumented immigrants ("If you're illegal, you gotta go back") and his pledge to overhaul the tax code ("We're gonna lower taxes, especially for the middle class").

Trump added that his campaign would release a tax plan in "three or four weeks" and that it would be "much better" than Bush's recently revealed tax proposals.

There was at least one new addition to the usual Trump campaign stop: a newly designed "Make America Great Again" hat in camouflage colors.

The GOP hopeful began his Iowa rally with a hat giveaway, throwing out several to the audience.

Trump pointed to the one he wore on his head, with orange lettering on a green-and-black background: "This is a new hat. Does anybody like it?"