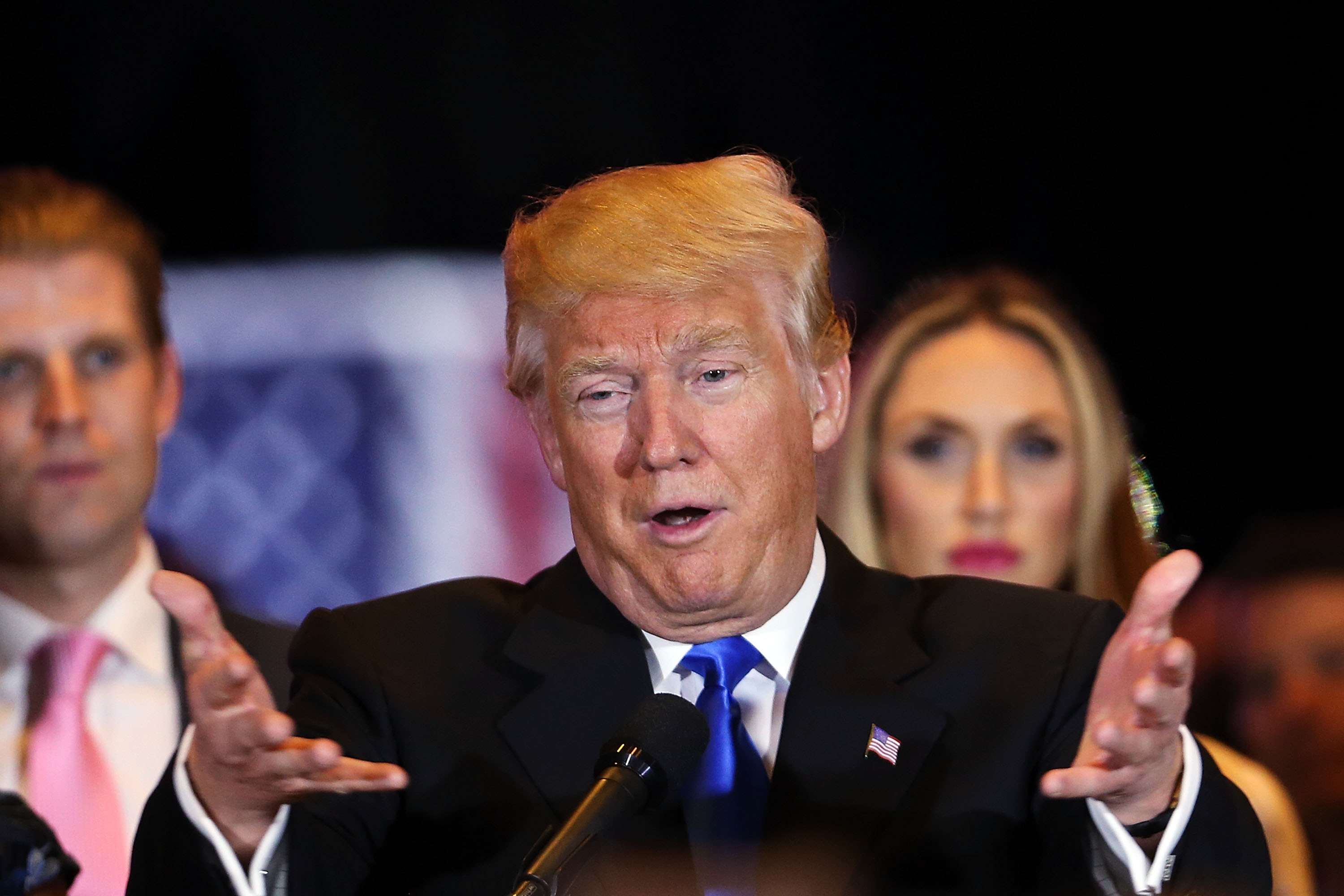 Donald Trump used the word "rape" when talking about past allegations of sexual misconduct involving former President Bill Clinton, further escalating his rhetoric on the subject.

In an interview with Fox News Channel host Sean Hannity, the GOP presumptive nominee was answering questions about an unflattering story published Saturday by The New York Times involving his relationships with women, when he turned his attention to Bill Clinton.

"By the way, you know, it's not like the worst things, OK," Trump said. "You look at what Clinton's gone through with all of the problems and all of the things that he's done."

Hannity went on to question whether the newspaper would interview women including Juanita Broaddrick, Paula Jones and Kathleen Willey. All three have accused Bill Clinton of sexual misconduct.

Trump continued, "And big settlements, massive settlements," a phrase Hannity seemed to finish for him, saying "850 thousand..." which was a reference to the settlement of a sexual harassment lawsuit brought by Paula Jones.

Trump also brought up Clinton's "impeachment for lying" and added, "And losing your law license. You know, [Bill Clinton] lost his law license, okay? He couldn't practice law. And you don't read about this on Clinton." Clinton was temporarily disbarred in Arkansas as part of the plea deal to end the Monica Lewinsky investigation.

In response to the exchange, Hillary Clinton's spokesman, Nick Merrill, said in a statement: "Trump is doing what he does best, attacking when he feels wounded and dragging the American people through the mud for his own gain. If that's the kind of campaign he wants to run, that's his choice."

Allegations of womanizing, extramarital affairs and abuse have trickled out over the course of Bill Clinton's political life, including what his campaign referred to as "bimbo eruptions" when he first ran for president in 1992.

In 1998, he agreed to an $850,000 settlement with Jones, an Arkansas state worker, who had accused Clinton of exposing himself and making indecent propositions when Clinton was the state's governor. The settlement included no apology or admission of guilt.

Broaddrick, a nurse, in 1999 claimed she was raped by then-state Attorney General Clinton at a Little Rock hotel in 1978. Kathleen Willey, a White House volunteer, claimed Clinton fondled her when she met privately with him at the White House in 1993 to seek a job.

Clinton denied the allegations by Broaddrick and Willey.

Trump has made clear in recent weeks that he intends to make Bill Clinton's sexual history a key campaign issue, describing him at rallies and on social media as "the worst abuser of women in the history of politics" and labeling his wife an "enabler."

Hillary Clinton has refused to respond to Trump's comments, at one point telling reporters she had "nothing to say" about Trump "and how he's running his campaign."