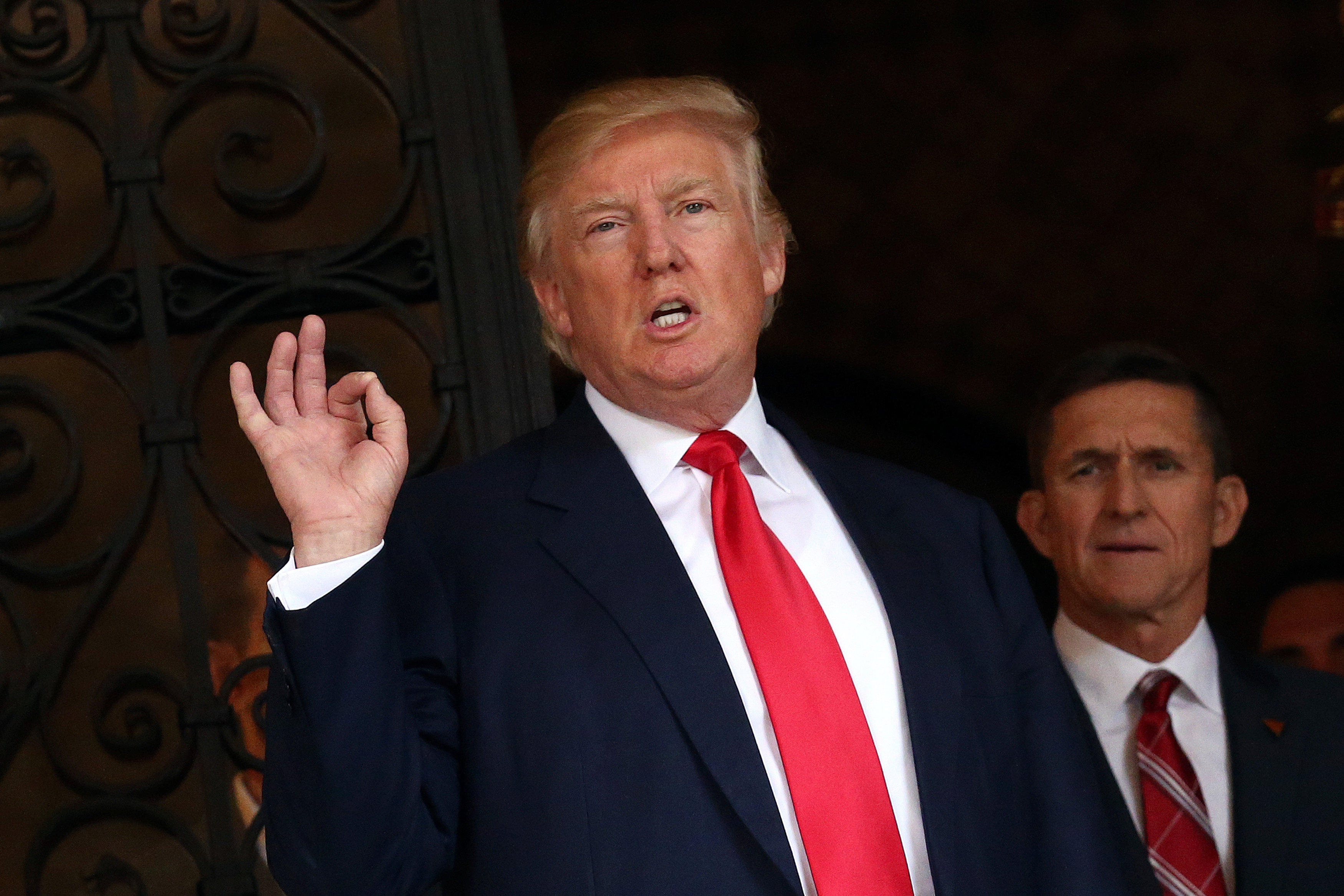 Donald Trump fired off a tweet Thursday on toughening up the country’s nuclear weapons capabilities, saying the United States must “greatly strengthen and expand” them -- at least until the rest of the world “comes to its senses.”

“President-elect Trump was referring [in the tweet] to the threat of nuclear proliferation and the critical need to prevent it---particularly to and among terrorist organizations and unstable and rogue regimes,” Miller wrote.

Miller did not directly address the part of Mr. Trump’s original tweet that said that the U.S. “must greatly strengthen and expand its nuclear capability,” but he did add that the president-elect “has also emphasized the need to improve and modernize our deterrent capability as a vital way to pursue peace through strength.” This suggests that Mr. Trump was not talking about increasing the numbers of nuclear weapons in the U.S. arsenal, so much as updating U.S. nuclear systems and infrastructure.

Nuclear arms control experts warned that there is a danger of oversimplification in using Twitter to talk about nuclear strategy.

“It requires a lot of thought and a lot of study and Twitter, with 140 characters, probably doesn’t lend itself to the best discussion of this issue,” Nick Burns, the former NATO ambassador, told CBS News.

Relying on Twitter may also simply be confusing. Daryl Kimball, the executive director of the Arms Control Association worried that Mr. Trump “has the entire world guessing now about what U.S. nuclear strategy is likely to be, and that not is helpful to for American security.”

In the bigger scheme of things, Mr. Trump needs to determine whether he in fact does plan what Kimball calls “a radical departure” from U.S. policy going back to Ronald Reagan’s presidency -- that is, will he increase the number and kind of nuclear weapons the U.S. will have in its arsenal?

Expanding the U.S. nuclear capabilities will have consequences, Kimball warned.

“This kind of statement - to expand capabilities certainly is going to put Moscow on edge,” Kimball said, and he called on Mr. Trump to further clarify his remarks.

“He has said all sorts of things that are contradictory,” Kimball said. “He needs to be clear. He needs to be precise. That’s what we expect from U.S. presidents on nuclear policy.”

Mr. Trump’s transition website takes a cautious tone on the country’s nuclear arsenal. The president-elect “recognizes the uniquely catastrophic threats posed by nuclear weapons and cyberattacks” the site says, but he would modernize the nuclear arsenal “to ensure it continues to be an effective deterrent.”

But the president-elect has also suggested the threat of nuclear weapons could be useful during his campaign, even suggesting earlier this year that nukes could be fair game in the fight against terrorist organizations in the Middle East.

In an interview with MSNBC in March, Mr. Trump asked, “Somebody hits us within ISIS, you wouldn’t fight back with a nuke?”

Later, he asked of nuclear weapons, if the U.S. isn’t going to use them, “then why are we making them?  Why do we make them?”

“Look, nuclear should be off the table,” the then-GOP candidate said. “But would there be a time when it could be used, possibly, possibly?”

Mr. Trump’s tweet follows Russian President Vladimir Putin’s own urging of his country to beef up its nuclear arsenal.

On Thursday, according to Agence France-Presse news service, Putin gave a speech saying “we need to strengthen the military potential of strategic nuclear forces, especially with missile complexes that can reliably penetrate any existing and prospective missile defence systems.”