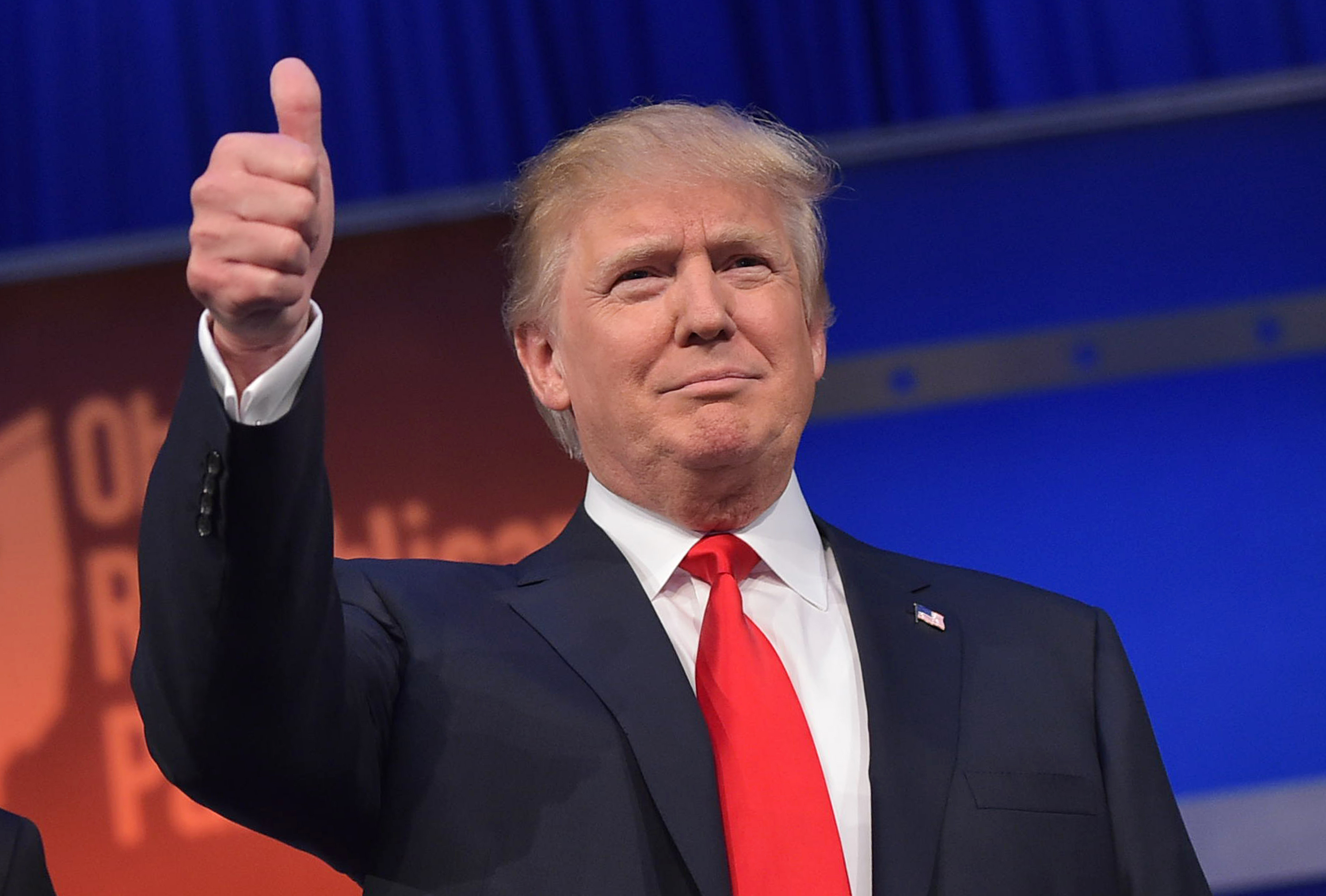 Donald Trump's highly anticipated speech at AIPAC - the United States' foremost pro-Israel lobby - featured something not seen yet on the campaign trail: He gave an entire speech with prepared remarks.

But, of course, there were Trumpian deviations.

The Republican front-runner called for moving the American embassy to Jerusalem, after being non-committal just a few months ago.

"We will move the American embassy to the eternal capital of the Jewish people, Jerusalem," Trump said, to lengthy applause on Monday night. "And we will send a clear signal that there is no daylight between America and our most reliable ally, the state of Israel."

When Trump spoke at a Republican Jewish Coalition event late last year, Trump demurred on this question, saying, "You know what I want to do? I want to wait till I meet with Bibi [Netanyahu]," eliciting boos from the audience.

It was clear that he put a lot of thought into his address to AIPAC, which was delivered to a crowd featuring many activists leery of his past statements that he would remain "neutral" in the Israeli-Palestinian conflict.

"I didn't come here tonight to pander to you about Israel," Trump said. "That's what politicians do: all talk, no action, believe me."

However, his speech was staunchly pro-Israel, and there was no talk of neutrality.

"In Palestinian textbooks and mosques, you've got a culture of hatred that has been fermenting there for years, and if we want to achieve peace, they've got to end this education of hatred. They have to end it and now," Trump said.

On CNN earlier in the day, Trump said, "I would love to be neutral if it's possible. It's probably not possible because there's so much hatred. there's so much going on, I am very pro-Israel."

Trump spent the majority of the address bashing the Iranian nuclear deal, as he has done many times on the campaign trail. But on Monday, he gave his most detailed remarks to date as to how he would take on Iran in office.

Trump said that his administration would "stand up" to Iran's "aggressive push to destabilize and dominate the region." He did not give specifics on what that would consist of, but he did say that his "number one priority " would be to "dismantle the disastrous deal with Iran."

"Iran is a very big problem and will continue to be, but if I'm not elected President, I know how to deal with trouble and believe me, that's why I'm gonna be elected president, folks," Trump said.

In his next breath, Trump deviated from his prepared remarks.

"And we are leading in every poll. Remember that please," Trump said.

Secondly, Trump said that the United States "will totally dismantle Iran's global terror network. Which is big and powerful, but not powerful like us." Again, Trump did not say what would entail.

"Iran is a problem in Iraq, a problem in Syria, a problem in Lebanon, a problem in Yemen, and will be a very, very major problem for Saudi Arabia," Trump said. "Literally every day, Iran provides more and better weapons to support their puppet states."

Trump also said, "We must enforce the terms of the previous deal to hold Iran accountable and we will enforce it like you have never seen a contract enforced before." This would seem to mean that Trump meant to reimpose sanctions previously in place before the Iranian nuclear deal, which signed by many of the world's powers and the United States.

In the past, Trump has said he would not necessarily rip up the nuclear deal right away.

On MSNBC in September, he said, "We have a horrible contract, but we do have a contract. I have all my life -- I love to buy bad contracts where ... people go bust, and I make those contracts good. This is a perfect example of taking over a bad contract. I will find something in that contract that will be very, very well-scrutinized by us, and I think they will not be able to do it, whatever it may be."

He closed his speech going off the cuff, familiar terrain for a man whose improvisational style has endeared himself to supporters.

"I love the people in this room," Trump said. "I love Israel. I've been with Israel so long in terms of - I've received some of my greatest honors from Israel. My father before me. Incredible. My daughter Ivanka, is about to have a beautiful Jewish baby. In fact, it could be happening right now which would be very nice as far as I'm concerned. So I want to thank you very much."

Watch Live: Ketanji Brown Jackson to be sworn in as Supreme Court justice