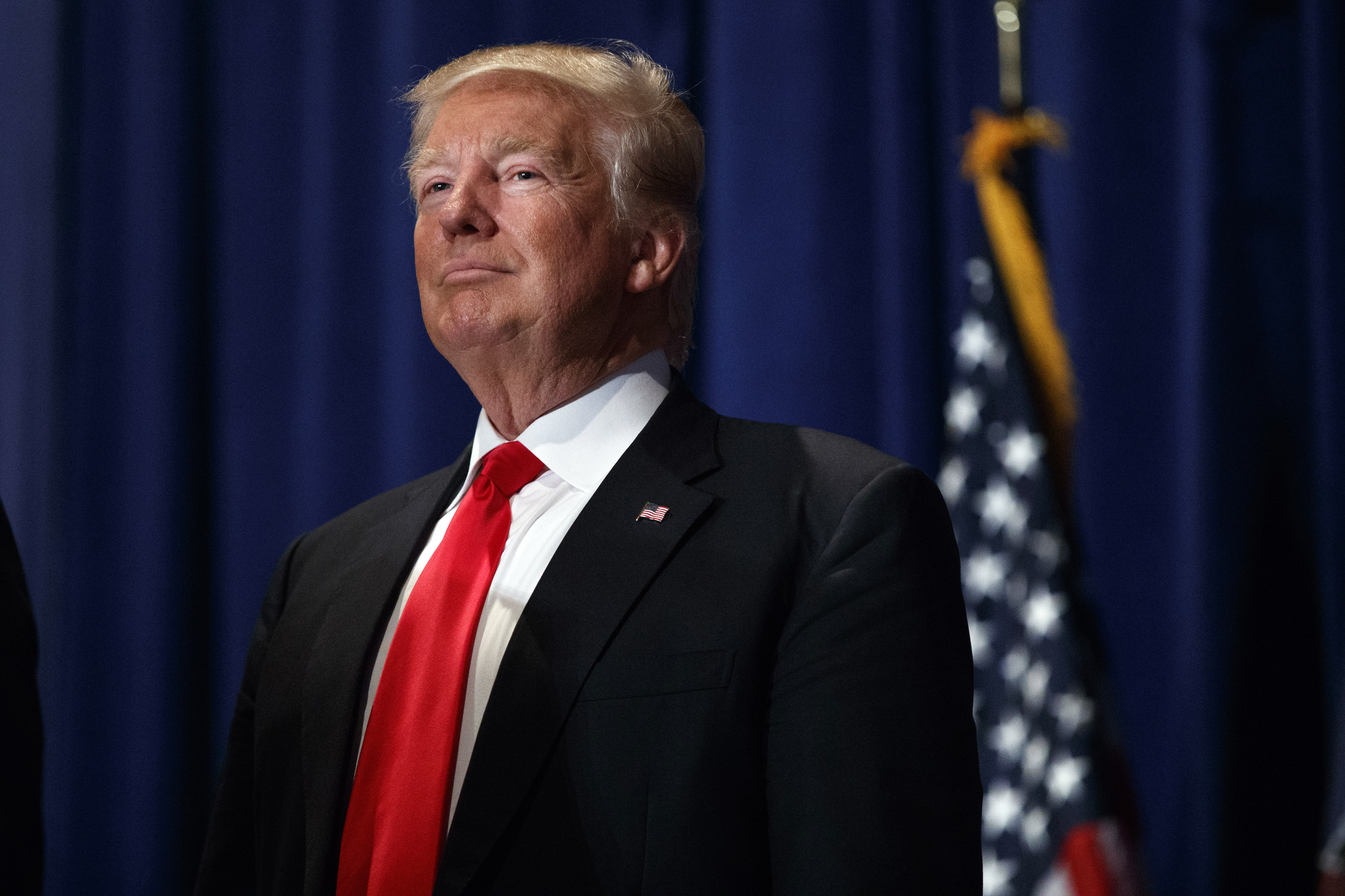 Trump’s first tweet in the morning invoked the death of NBA star Dwyane Wade’s first cousin, Nykea Aldridge, who was gunned down Friday in Chicago’s South Side while pushing her baby in a stroller.

Trump -- who has recently courted minority voters with “What the hell do you have to lose?” pitches and promises that they won’t get shot during his presidency -- tweeted this: “Dwayne Wade’s cousin was just shot and killed walking her baby in Chicago. Just what I have been saying. African-Americans will VOTE TRUMP!”

Trump later deleted the tweet to correct the misspelling of Wade’s first name:

Twitter didn’t take kindly to Trump’s use of Aldridge’s death, even after the correction of Wade’s name:

Wade, one of a number of athletes who has spoken out against gun violence and the disconnect between police and the minority communities they serve, first tweeted about his cousin’s death Friday night, calling it “another act of senseless gun violence.”

Trump, who was endorsed by the National Rifle Association (NRA) earlier this year, is a staunch defender of Second Amendment liberties and is opposed to strengthened gun control legislation.

Wade, a native Chicagoan who returned to his hometown last month when he signed with the Bulls, did not respond directly to the GOP nominee Saturday, but he did fire off his own series of tweets on the city’s violence: