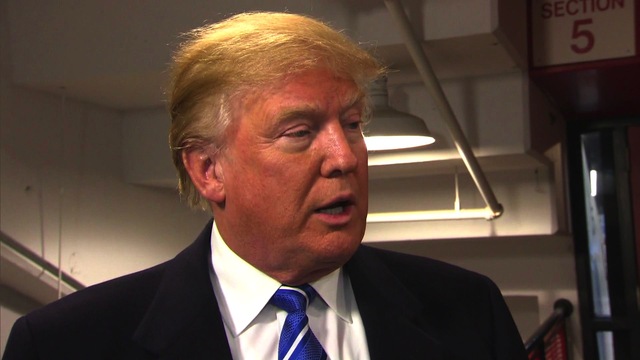 Win or lose, Donald Trump is promising to stay in the presidential race through the convention.

In an interview that will be broadcast on NBC's "Meet the Press" Sunday, Trump ruled out leaving the race, even if he loses early voting contests.

There was a time a few months back when Donald Trump hinted he'd drop his bid for the presidency if voter sentiment ran against him.

"I'm not a masochist," he said NBC's "Meet the Press" in October. "And if I was dropping in the polls, where I saw that I wasn't gonna win, why would I continue?"

But the idea of Trump as the GOP nominee has some Iowa Republicans so concerned, they said they'd rather see Democratic front-runner Hillary Clinton take the White House than cast a vote for Trump, according to a focus group this week led by GOP strategist Frank Luntz, held in Des Moines.

Seven out of 27 voters told Luntz that though they disliked the former secretary of state, Trump is much worse, the Des Moines Register reported.

Trump was in the state Saturday appealing to Iowans' pragmatism. At a rally in Ottumwa, Iowa, he told Iowans that their voting record fell short.

"Iowa, you have not been so good at picking the winners," he told them. "You have got to pick the winners this time."