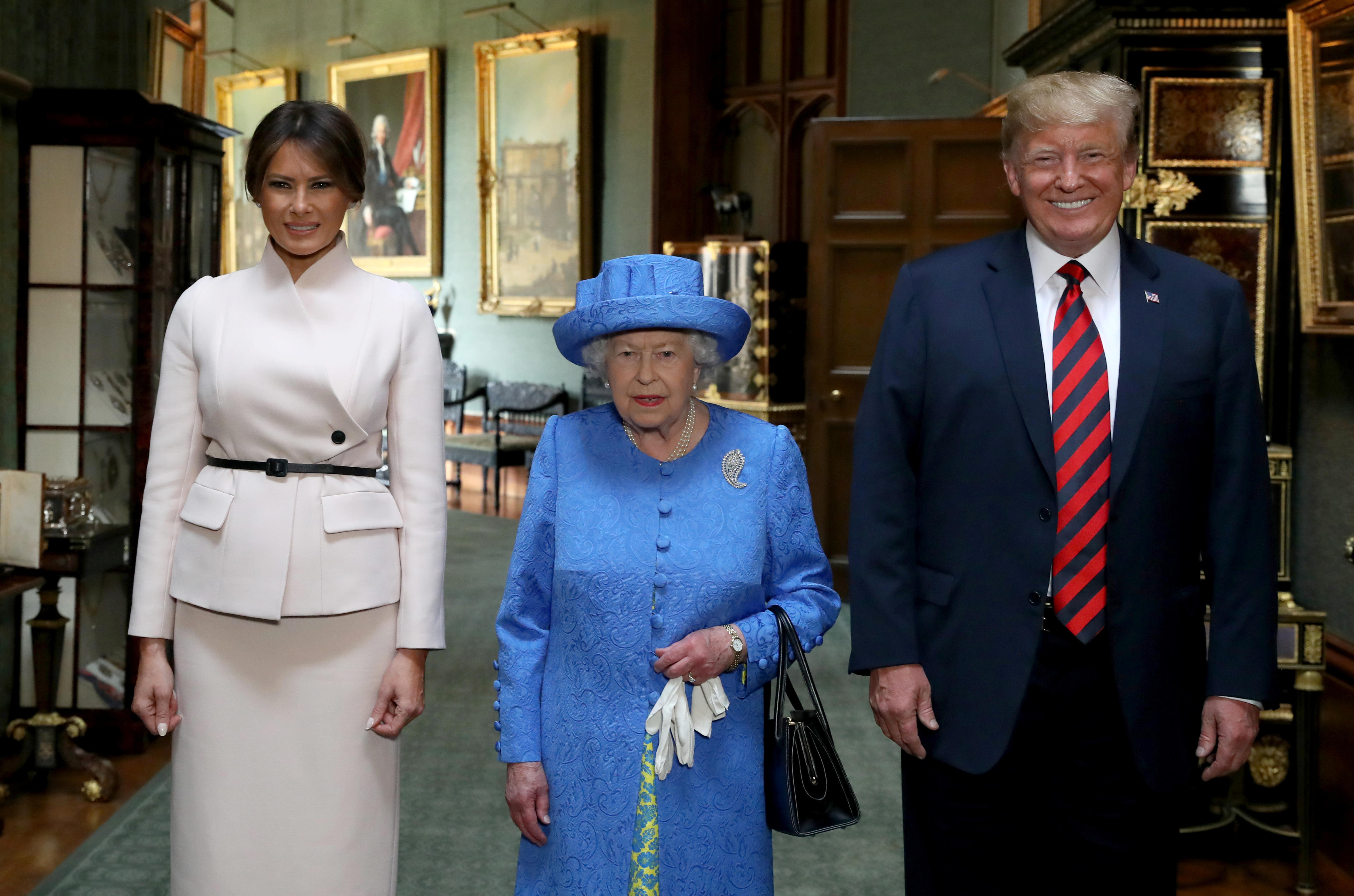 Asked the queen's view on Brexit, Mr. Trump said: "She said it's a very complex problem."

Mr. Trump's comments were unusual because most heads of state do not discuss their private conversations with the queen. Mr. Trump met the queen Friday at Windsor Castle.

The queen does not comment on political matters and has never indicated whether she favors having Britain leave the European Union. She remained scrupulously silent during the Brexit referendum campaign in 2016, which saw Britain vote to exit the EU.

Mr. Trump declined to say what he believes her view is on that important question. Britain's plans to leave the EU bloc have been slowed by difficulty reaching an exit deal with EU leaders.

Mr. Trump did say he admires the queen and found her to be "incredible," "sharp" and "beautiful."

"When I say beautiful, inside and out," Mr. Trump said.

He said he doesn't know if the queen liked him, but that he liked her.

The president said he was thinking of his late mother, who was born in Scotland, when he and his wife Melania had tea with the queen. He said his mother was a great admirer of the queen.

"My mother felt she was a great woman," Mr. Trump said.

Elizabeth is the longest reigning monarch in British history and has met with every U.S. president since Dwight Eisenhower with the exception of Lyndon Johnson.

She has not shared her thoughts about them with the public, just as she has not commented on the dozens of heads of state she has entertained at her various palaces.

The president's meeting with her seemed to go well, but some in the British press criticized Mr. Trump for briefly walking in front of the 92-year-old queen while they were reviewing an honor guard on the castle grounds.