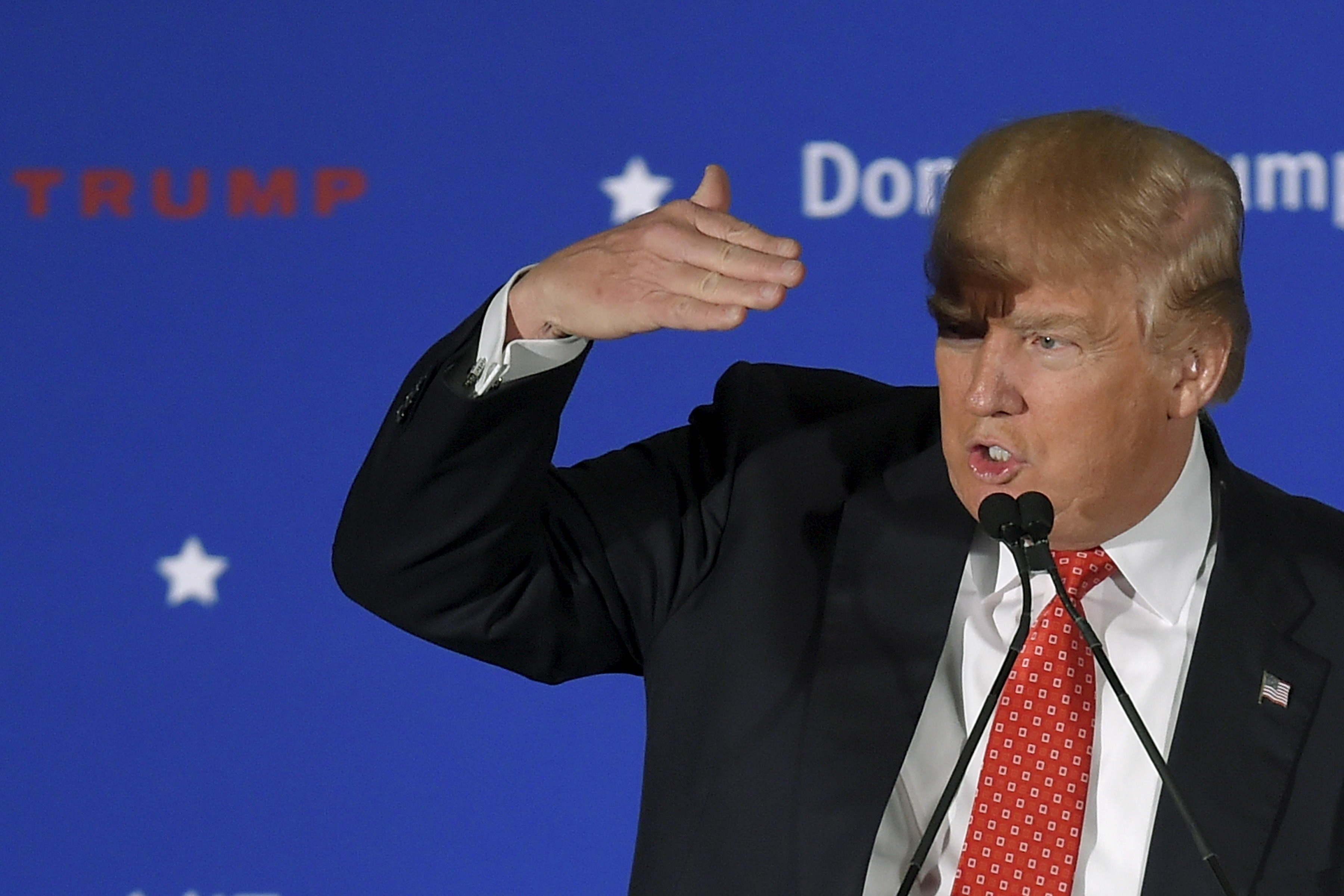 Nashua, New HampshireDonald Trump emerged in New Hampshire Friday after a contentious and public skirmish with Fox News that, in his telling, left him undamaged and stronger than ever.

"It was an incredible evening, and this way we made our point," Trump said at a rally in Nashua, referring to his event in Iowa the previous night in which he raised money for veterans. Trump even admitted that skipping the debate was, in part, an act of self-preservation.

"You know, it tells you a little bit about risk, because risk is interesting. You know, in theory, I would have rather have done the debate, because you're leading, you don't want to change the wheels, right?" Trump explained.

"You want to just go, get it done, win, and go to the next one," he said. "And I took a chance. I mean, I took a chance, and it's something you have to do, but I took a chance and I don't even know what the end result -- I heard we went up, but whatever the result is, I did the right thing."

"When somebody doesn't treat you properly, you gotta be tough, you gotta be strong," Trump added, referring to his rivalry with Fox News anchor Megyn Kelly, the debate moderator.

After concluding an oft-repeated tirade against the New Hampshire Union Leader, whose editorial board opposes Trump, the billionaire front runner's drove home another recent favorite of his stump speech: that his top rival at the moment, Texas Sen. Ted Cruz, is toast.

"He got really pummeled last night," Trump said, adding that "they didn't even mention that he was born in Canada."

Trump's birther attacks on Cruz were particularly venomous on Friday. He called for Cruz to be Prime Minister of Canada and raised his citizenship.

"I think that's one of the reasons he's crashing," Trump said. "Remember when I first brought that up? Everybody said, oh that doesn't mean anything. That was about a week ago. Now they're saying his career is over." Trump did not elaborate on who "they" is.

Trump also rallied his base in New Hampshire with a humorous suggestion that going out to vote for him was a kind of panacea for all their woes.

"You may be feeling badly, your wife may have said, 'I don't want to be with you anymore, I'm out,'" he said. "Or the husband could say, 'I'm out of here.' No matter what it is -- you may have lost your job, you could be in a state of major, major depression -- get up and vote!," Trump joked.

And he promised the crowd that if they voted for him, he would get "rid of your depression."

As Trump wrapped up his 50-minute long stream-of-consciousness speech -- he made sure to point out he didn't use a tele-prompter, just notes with the words "BAD GUY" written at the top of the piece of paper -- the crowd stampeded to the rope line, aggressively jockeying to get a prime spot for a handshake, a selfie, or an autograph.

"A lot of people have laughed at me over the years, but they're not laughing at me anymore," Trump concluded.