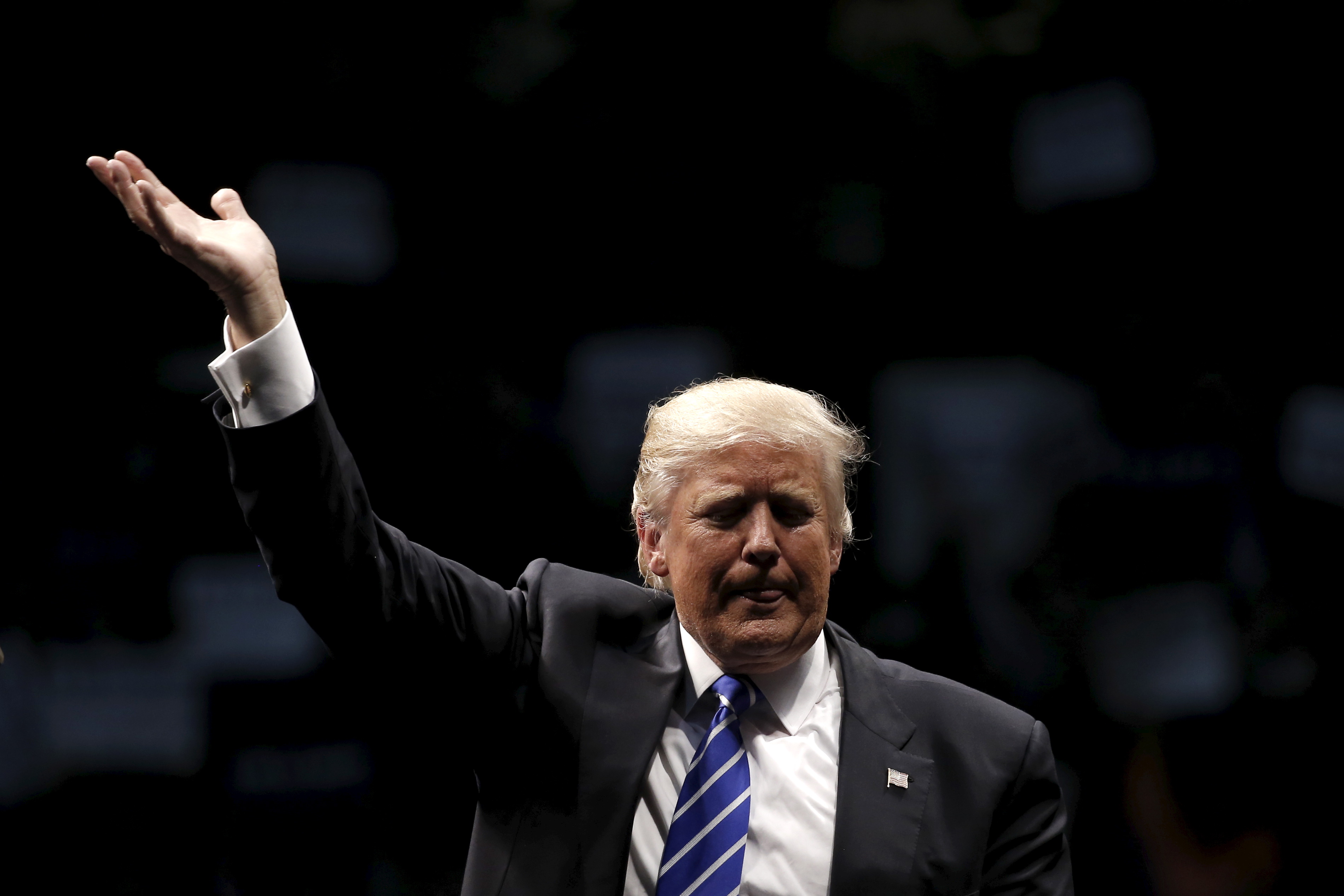 The Bible verse that really resonates with Donald Trump is "an eye for an eye," from the Old Testament.

In a radio interview on WHAM 1180AM, host Bob Lonsberry asked the GOP presidential front-runner if there is a favorite Bible verse or story that has informed his thinking or his character throughout his life.

"Well, I think many. I mean, when we get into the Bible, I think many, so many. And some people, look, an eye for an eye, you can almost say that," Trump said. "That's not a particularly nice thing. But you know, if you look at what's happening to our country, I mean, when you see what's going on with our country, how people are taking advantage of us, and how they scoff at us and laugh at us. And they laugh at our face, and they're taking our jobs, they're taking our money, they're taking the health of our country. And we have to be very firm and have to be very strong. And we can learn a lot from the Bible, that I can tell you."

Trump did not mention that the Old Testament's "Eye for an eye" is later renounced in the New Testament in favor of "turn the other cheek," in Matthew 5:38: "You have heard that it was said, 'Eye for eye, and tooth for tooth.' But I tell you, do not resist an evil person. If anyone slaps you on the right cheek, turn to them the other cheek also."

Throughout his campaign, Trump has suggested that he actively practices religion and even showed off a Bible just a day before the Iowa caucuses earlier this year in an effort to court evangelical voters.

Speaking to students at Liberty University in January, Trump attempted to show his knowledge of the Bible with multiple religious references. But he bungled one.

"Two Corinthians, right? 3:17, that's the whole ballgame," Trump said. "Where the spirit of the Lord, right...there is liberty. Here, there is liberty...Liberty University, but it is so true. You know when I think, and that's really - is that the one? Is that the one you like?"

The correct reference is "Second Corinthians," which refers to the second letter of Paul to the Corinthians.

Trump, a Presbyterian, has repeatedly said that his favorite book is the Bible, but in an interview with Bloomberg last August, he declined to name his two favorite Bible verses because he said it was too personal to share specifics.