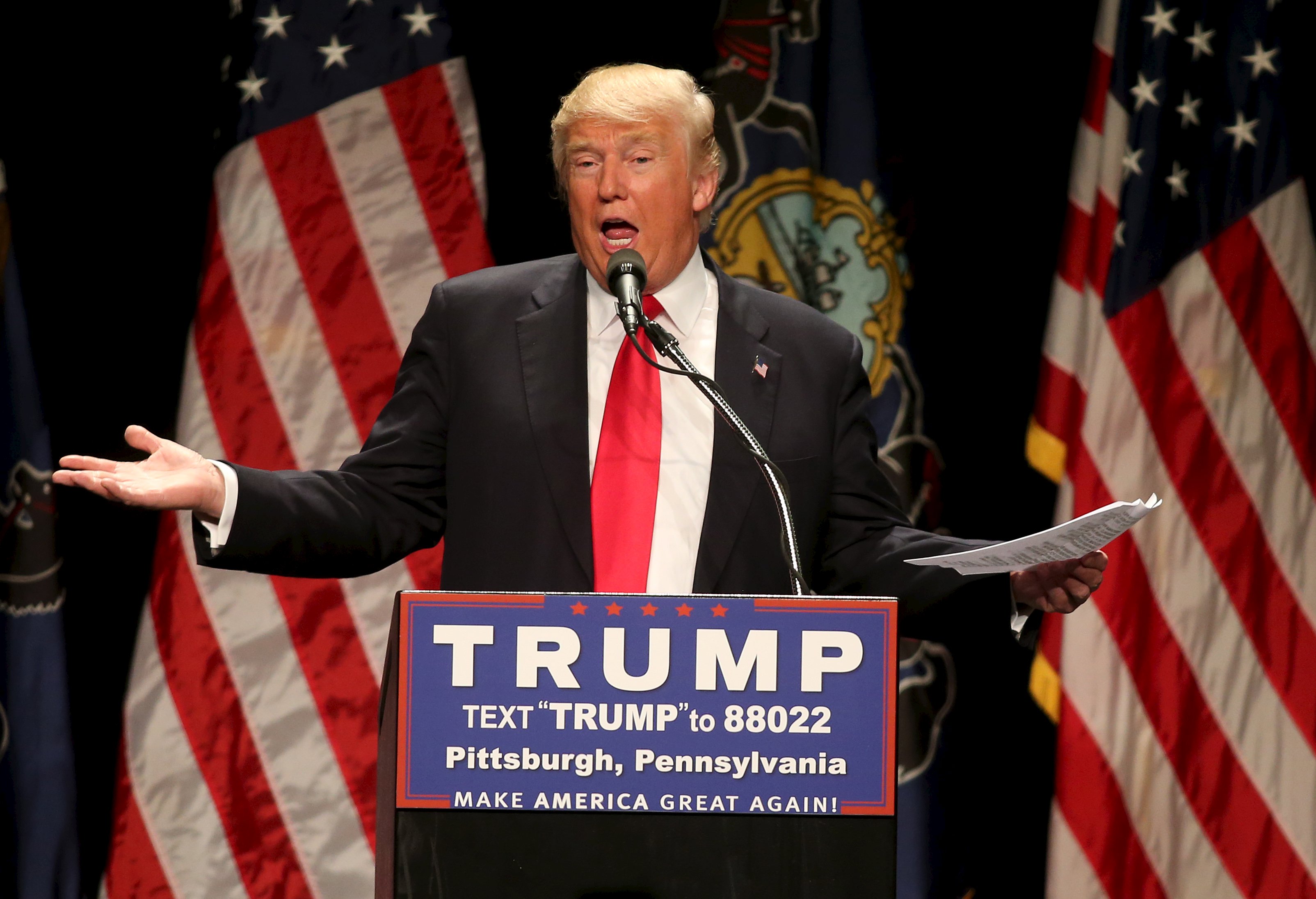 "I know a lot about Pennsylvania, and it's great," Trump told a crowd of thousands at Pittsburgh's convention center. "How's Joe Paterno? We going to bring that back? How about that whole deal?"

Paterno died in 2012, just a few months after he was fired from Penn State in the aftermath of former assistant coach Jerry Sandusky's child sex abuse scandal. On the Penn State campus, a statue of Paterno, the celebrated coach who led the school to the most victories in college football history, was removed shortly after a report found the coach and other top administrators had intentionally covered up complaints against Sandusky.

Trump, who seemed to be reading off a piece of paper while making his speech in Pittsburgh, was apparently referring to the dust-up over Paterno's statue at the rally, according to Trump's campaign spokeswoman Hope Hicks.

"He was talking about the Penn State bronze statue that they melted down," Hicks told CNN Wednesday.

Trump has made comments in defense of Paterno before, primarily on Twitter.

The billionaire business mogul, known for his litigious tendencies, also recommended that the Paterno family sue "the idiots" at Penn State for the coach's ruined legacy:

During his campaign event, Trump, who attended the University of Pennsylvania, noted that he had gone to school "in this state."

Pittsburgh, where several protests also broke out the night of Trump's rally, is home to the University of Pittsburgh Panthers, storied rivals of Penn State's Nittany Lions.

Penn State, located in State College, Pennsylvania, is a more than two hours' drive from Pittsburgh.