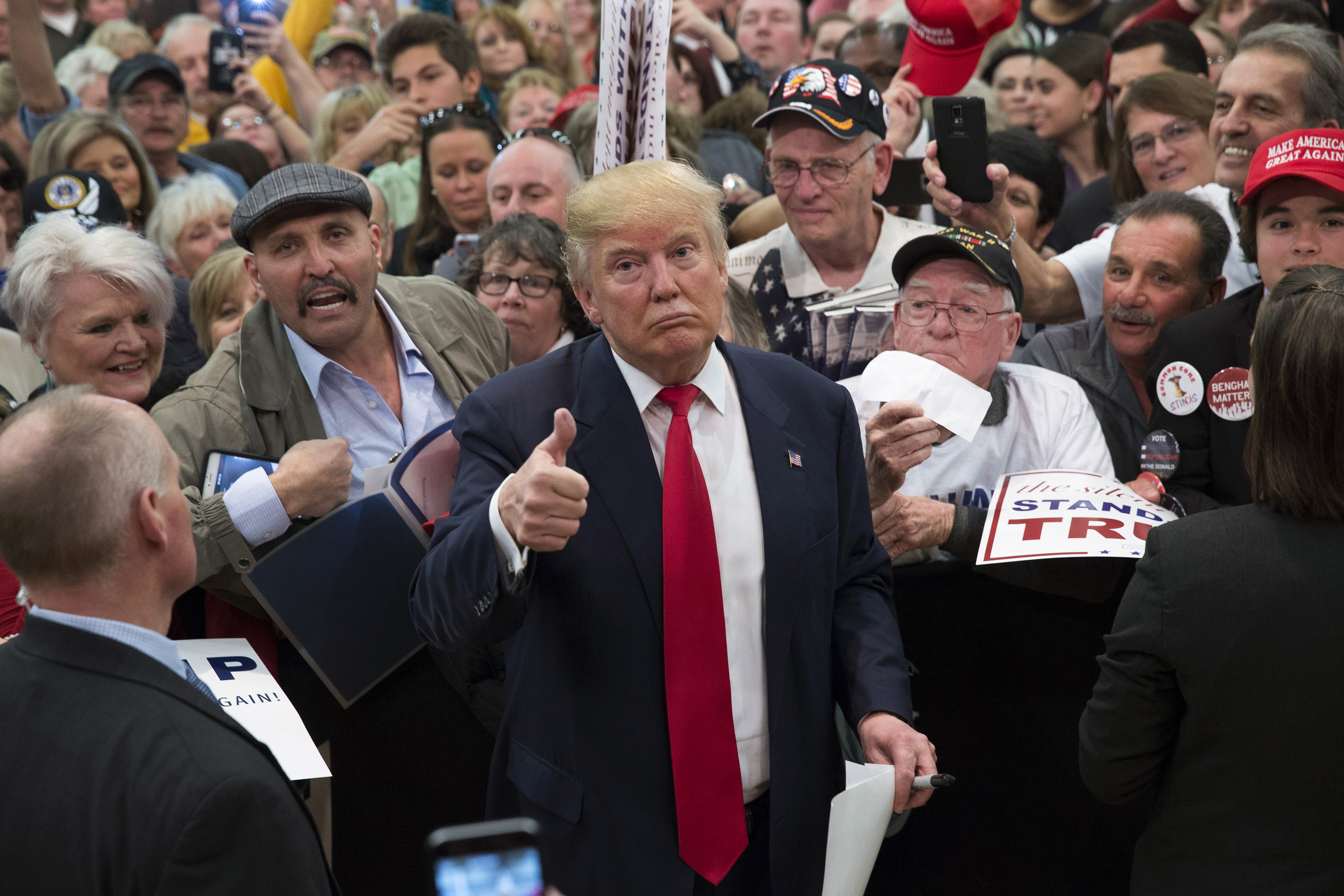 Donald Trump had a straightforward answer Friday for a question posed to him by CBS News' chief White House correspondent Major Garrett.

Referring to former President Jimmy Carter's promise to Americans that "I will never lie to you," Garrett asked the billionaire businessman: "Is that a standard that Donald Trump as president would be comfortable with?"

Asked if she has "always told the truth," the Democratic contender had responded, "I've always tried to. Always. Always."

Trump said his opponent had "fudged."

"You know, she sort of fudged it a little bit. Which I didn't love. But I understood what she was saying," Trump noted. "I would much rather say, 'I don't lie.' You know, one of my problems is I'm straight. I tell it straight. I tell it like it is. Maybe that's why I'm doing so well."

Trump's comments on truthfulness come just as the candidate is drawing criticism over whether he had previously opposed the Iraq war, which he has repeatedly called a "mistake" on the campaign trail.

During a CNN town hall Thursday, Trump said that "by the time the war started, I was against the war."

In a September 2002 interview with Howard Stern, however, Trump said he had supported the invasion.

He added, "I wish the first time it was done correctly."

During a rally in Myrtle Beach, South Carolina Friday, Trump addressed the Stern interview: "I was with Howard Stern before the war, before -- like, many months before," he said. "And the first guy ever to ask me about Iraq was Howard Stern and I said 'we'll yeah, I guess so,' and then I started looking at it. Before the war started, I was against that war. I was against that war."