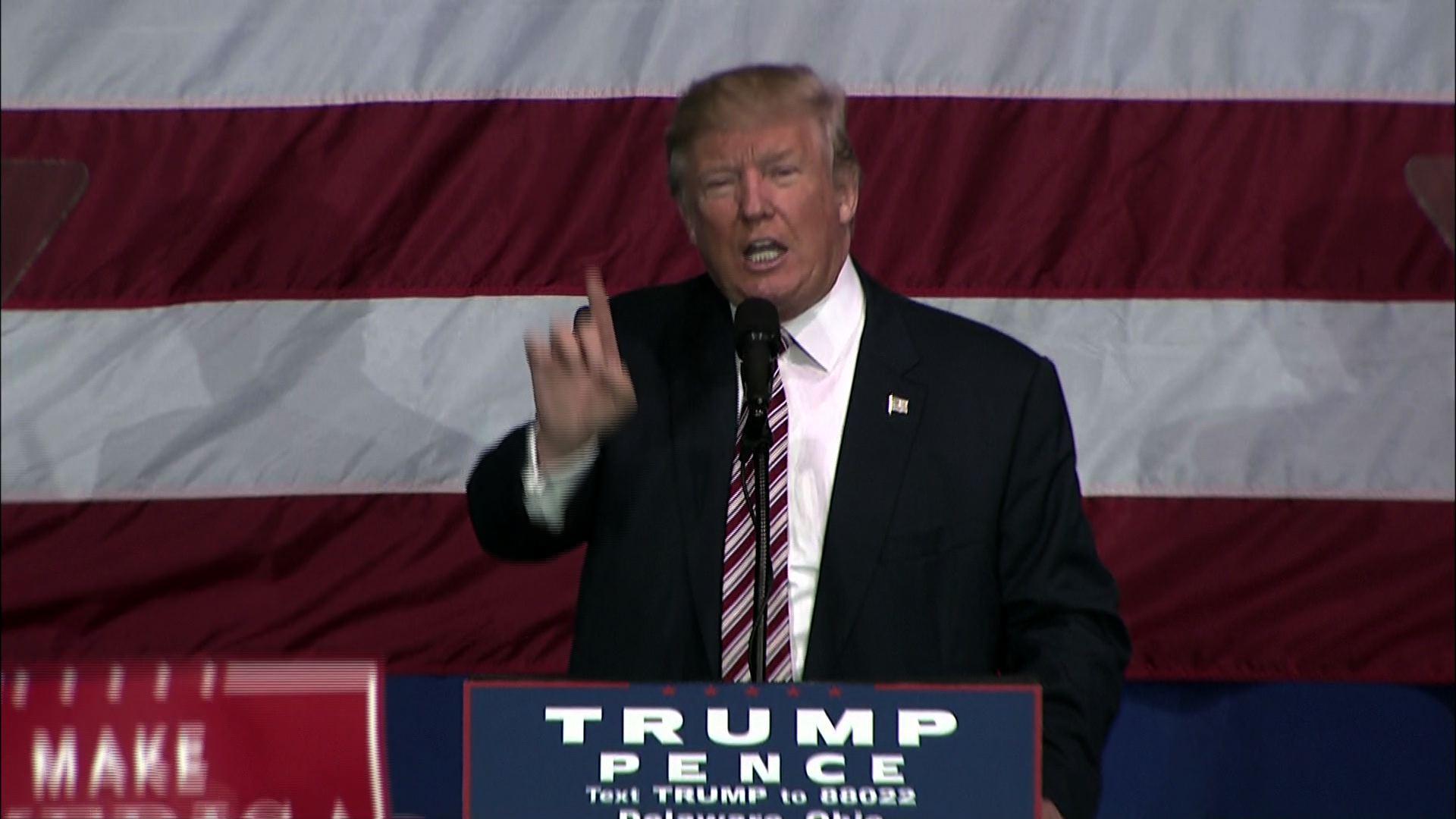 Less than a day after Donald Trump refused to commit to accepting the results of the election if he loses, the GOP presidential nominee said he would accept them if he wins the White House.

Speaking to his supporters at a rally in Delaware, Ohio, he said he had a major announcement to make.

“I would like to promise and pledge to all of my voters and supporters, and to all of the people of the United States, that I will totally accept the results of this great and historic presidential election -- if I win,” Trump said.

He then claimed that Hillary Clinton received the questions in advance of the third and final presidential debate on Wednesday in Las Vegas. There is no such evidence to support his accusation, and the moderator, “Fox News Sunday” host Chris Wallace made it clear they weren’t shared beforehand.

Trump said at the debate, he was asked “if I would agree in advance to concede the results on election night if for some reason we should lose, which we’re not going to lose.”

“That was sort of an unprecedented question,” he said.

Trump said if Al Gore and George W. Bush had been asked a similar question three weeks before the 2000 presidential election, there would never have been a recount or a Supreme Court decision.

He then made claims about the existence of widespread voter fraud, even though studies have found that it’s actually rare.

“According to Pew, highly respected, 24 million voter registrations in the U.S. that are either invalid or significantly inaccurate,” Trump said. “Listen to this, 1.8 million people are dead, but they’re registered to vote -- some of whom vote even though they’re dead which is really a hard to thing to do.”

The large number of inaccurate voter registrations, however, has not resulted in widespread voter fraud, though. A Loyola University study that analyzed more than a billion ballots cast from 2000 to 2014 in general and primary elections found there were just 31 incidents of specific fraud allegations.

He then appeared to suggest that he would be willing to concede if the outcome is clear.

“Of course I would accept a clear election result, but I would also reserve my right to contest or file a legal challenge in the case of a questionable result,” he said.

At the debate, Wallace asked if he would absolutely accept the result of the election.

Asked to answer the question again, he said, “What I’m saying is that I will tell you at the time. I’ll keep you in suspense. Okay?”