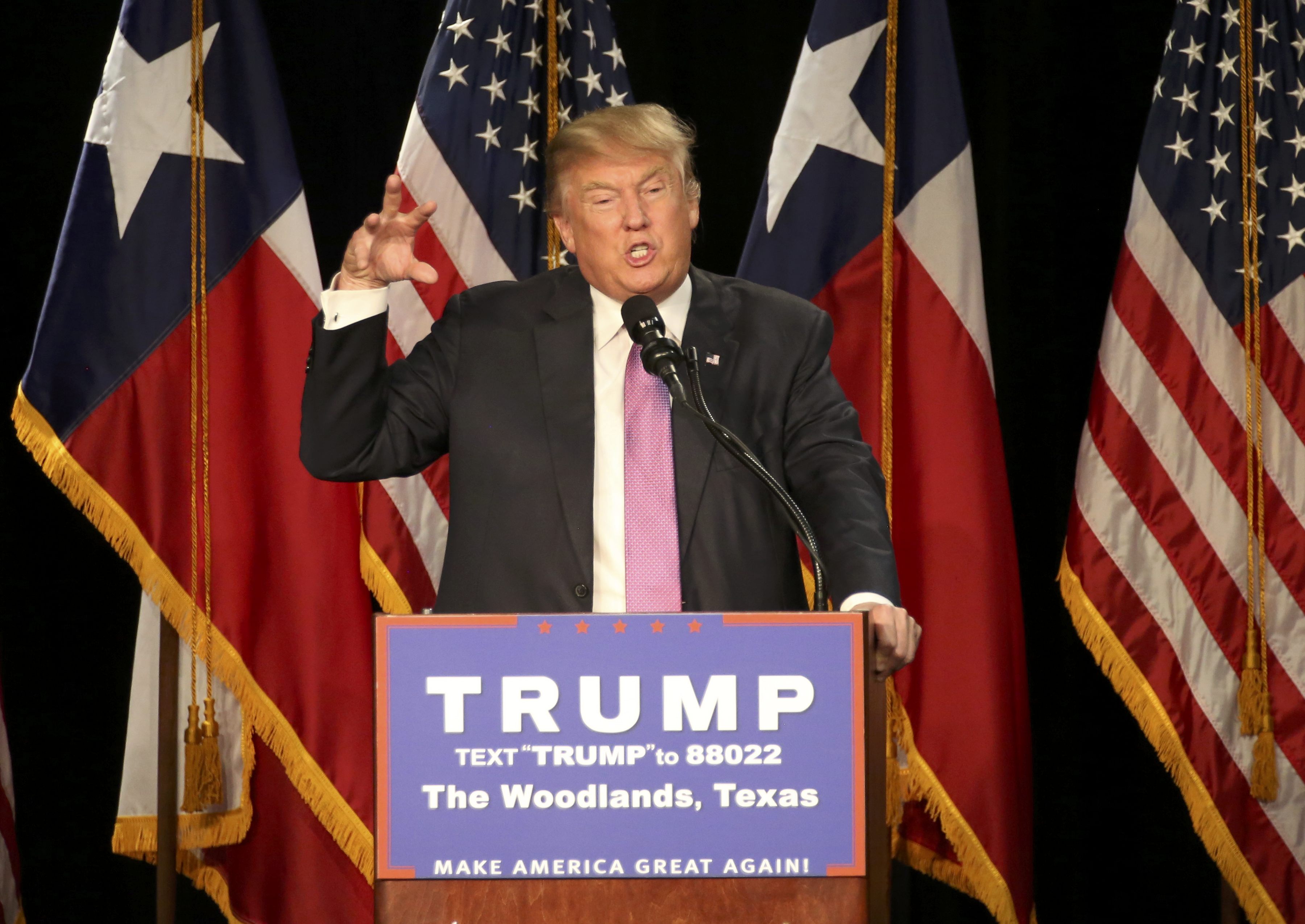 Donald Trump went on a rant at a rally in Woodlands, Texas, Friday night about winning.

Trump said that the U.S. will "start winning again" under his leadership to the point where "people are gonna get sick of it."

He said he will get "thousands and thousands of calls from Texas" from people upset with him because he will be "winning" every single issue.

At the rally, Trump said he thinks the GOP is starting to like him.

According to a CBS News poll released this week, 43 percent of registered voters back Hillary Clinton and 37 percent support Trump for president.