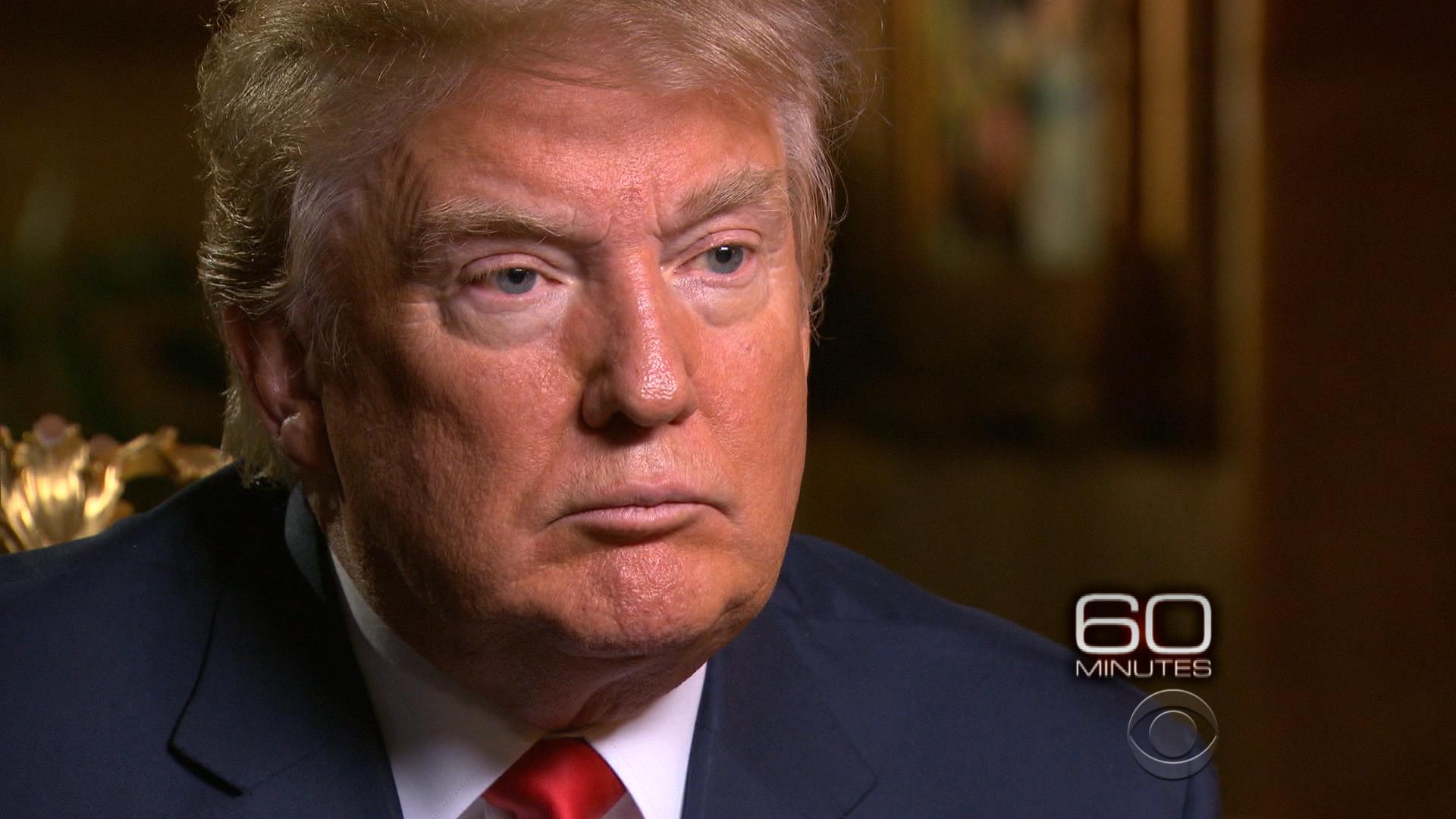 NEW YORK -- Donald Trump said Tuesday he would welcome Muslims in his administration.

In an interview for "60 Minutes," Scott Pelley met the front-runner for the Republican presidential nomination in his New York apartment.

Pelley asked why Trump didn't respond to an anti-Muslim remark at a recent rally.

Scott Pelley: We were with you in New Hampshire when that man stood up...

Pelley: And said, "We have a problem in this country and it's Muslims." You let that pass. And I wonder what that tells us about you.

Trump: Well, he said much more than that. That was part of the statement. He then went onto say other things.

Pelley: But the bigotry part.

Trump: Right. He said mostly about Obama. That whole question was about -- I don't have to defend President Obama. He's not gonna defend me. So whether you agree with the man or don't agree -- and there were people in that audience, as you probably noticed, that did agree with him.

Pelley: It was a testing moment for a man running for president.

Trump: I don't think so.

Pelley: You never -- you never know when they're coming.

Trump: I don't think so.

Pelley: Here you had a bigot --

Trump: That wasn't a testing. Well, you don't know that.

Pelley: -- you could've slapped down.

Pelley: "Problem in this country is Muslims"?

Trump: Well, let me ask you this. So he said, "There's a problem in this country and it's Muslims." All right. I love the Muslims. I have many, many friends -- people living in this building, Muslims. They're phenomenal people. But like everything else you have people where there are problems.

Watch the entire interview with Trump on"60 Minutes" this Sunday at 7/6c.