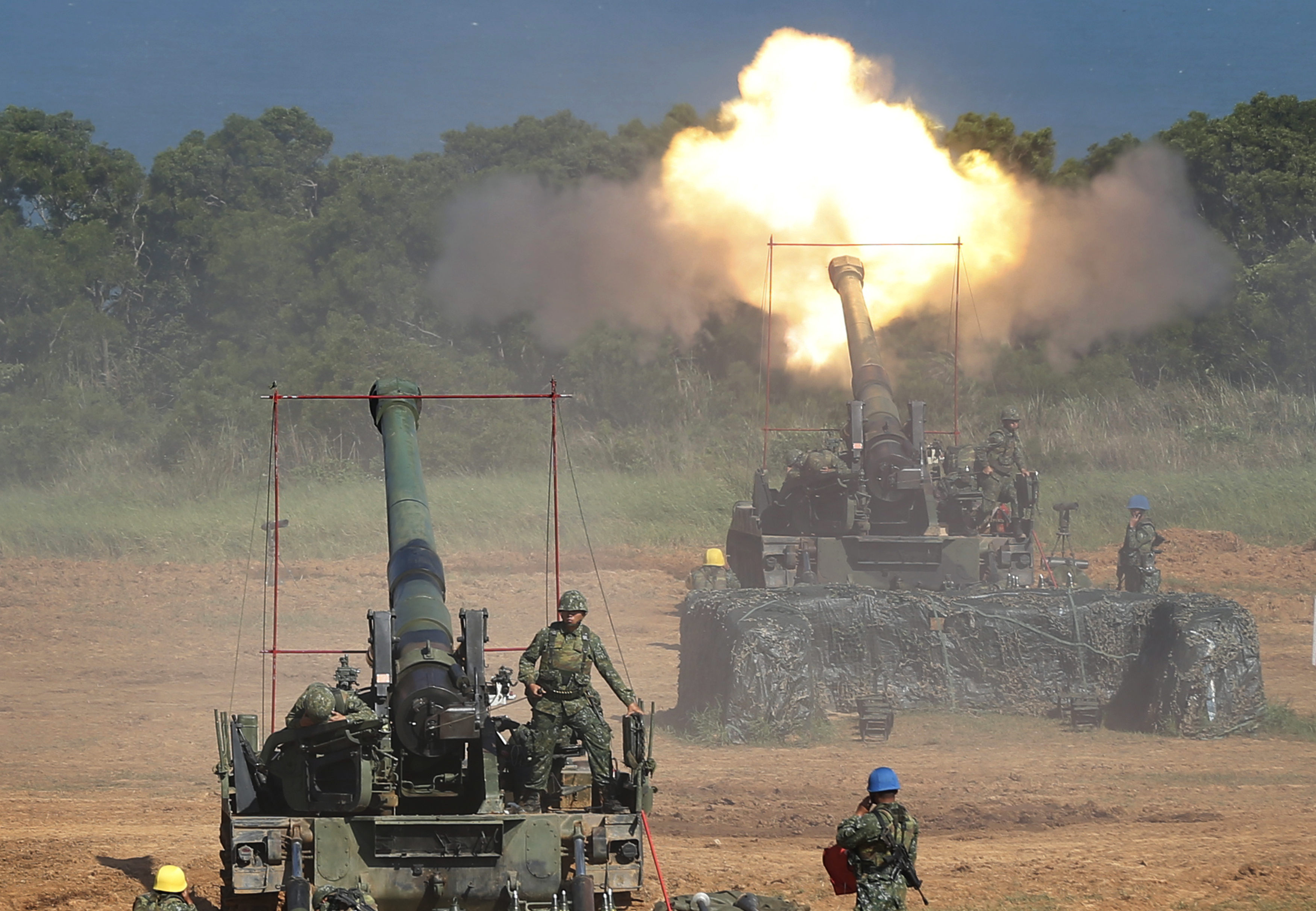 BEIJING -- China on Friday strongly protested a U.S. plan to sell $1.4 billion worth of arms to Taiwan and demanded that the deal be canceled.

He asked the U.S. to immediately stop the sale to avoid harming relations with Beijing.

"We stress that nobody could sway our determination to uphold our territorial integrity and sovereignty," Lu said at a regular daily briefing. "We oppose any external interference in our internal affairs."

The U.S. State Department approved the arms sale on Thursday, the first such deal with Taiwan since President Donald Trump took office.

The sale was broadly welcomed in Taiwan as a show of U.S. support, despite concerns about the strain on finances and Beijing's angry response. Taiwan's defense department said the sale would enhance the island's self-defense capability.

China considers Taiwan to be part of its territory and has long opposed any arms sales to the self-governing island by foreign entities. It insists on eventual reunification, through force if necessary.

The U.S. State Department's approval of the sale -- the first since December 2015 -- follows a tense year between China and Taiwan.

Beijing cut ties with the government of Taiwanese President Tsai Ing-wen shortly after she took office in May last year and has been steadily ratcheting up diplomatic and economic pressure. Her ruling Democratic Progressive Party says it wants stable relations with Beijing, but hasn't followed her predecessor, Ma Ying-jeou, in endorsing the "one-China" principle.

China's hostility toward Tsai is a big concern, said Lee Chun-yi, a ruling party legislator. "Most people will support this arms sale because we need to strengthen our defense" amid strained relations between the sides, he said. The party favors a stronger Taiwanese identity.

About 66 percent of Taiwanese oppose unification with Beijing, a Taiwan Indicators Survey Research poll found in May 2016.

"How can we not do anything?" said Chu Chen-tsai, 57, a blue-collar worker in Taipei. "We hope to get high-quality weaponry to defend ourselves."

In the southern city of Kaohsiung, citizens feel vulnerable to a Chinese attack through the shipping port, said George Hou, a media studies lecturer at I-Shou University in the city.

"We need to maintain a balance with China, so for that stability the arms sale will be helpful," Hou said. "People here will consider it goodwill from the United States."

Many in Taiwan had been wondering whether President Trump was sidelining the island to forge stronger relations with Beijing, in part to seek its help in pressuring North Korea to end its nuclear weapons program. Mr. Trump had raised hopes on the island when he broke with diplomatic precedent in December by taking a phone call from Tsai, but in February he assured Beijing he supported its "one-China" policy.

"The timing (of the arms sale proposal) is good politically, because a lot of people say Trump doesn't like Taiwan," said Huang Kwei-bo, associate professor of diplomacy at National Chengchi University in Taipei. "Now people are saying 'hey look, the U.S. government still supports us.'"

But some people are concerned it could lead to an arms race with China, Huang said.

The arms approved by the U.S. government for sale to Taiwan include torpedoes, technical support for early warning radar, anti-radiation missiles and missile components, officials from the two governments said.

Taiwanese officials indicated they would pursue the U.S. arms package. The defense ministry plans to start discussions "as soon as possible" about quantities, prices and delivery times, it said in a statement.

"President Trump has been in office for five months and just approved the first arms package for Taiwan," the foreign ministry in Taipei said. "That amply shows Taiwan's security is a priority."

What is the U.S. doing to deter China from attacking Taiwan?

Will a Marcos' return to power in the Philippines change U.S. relations?
More