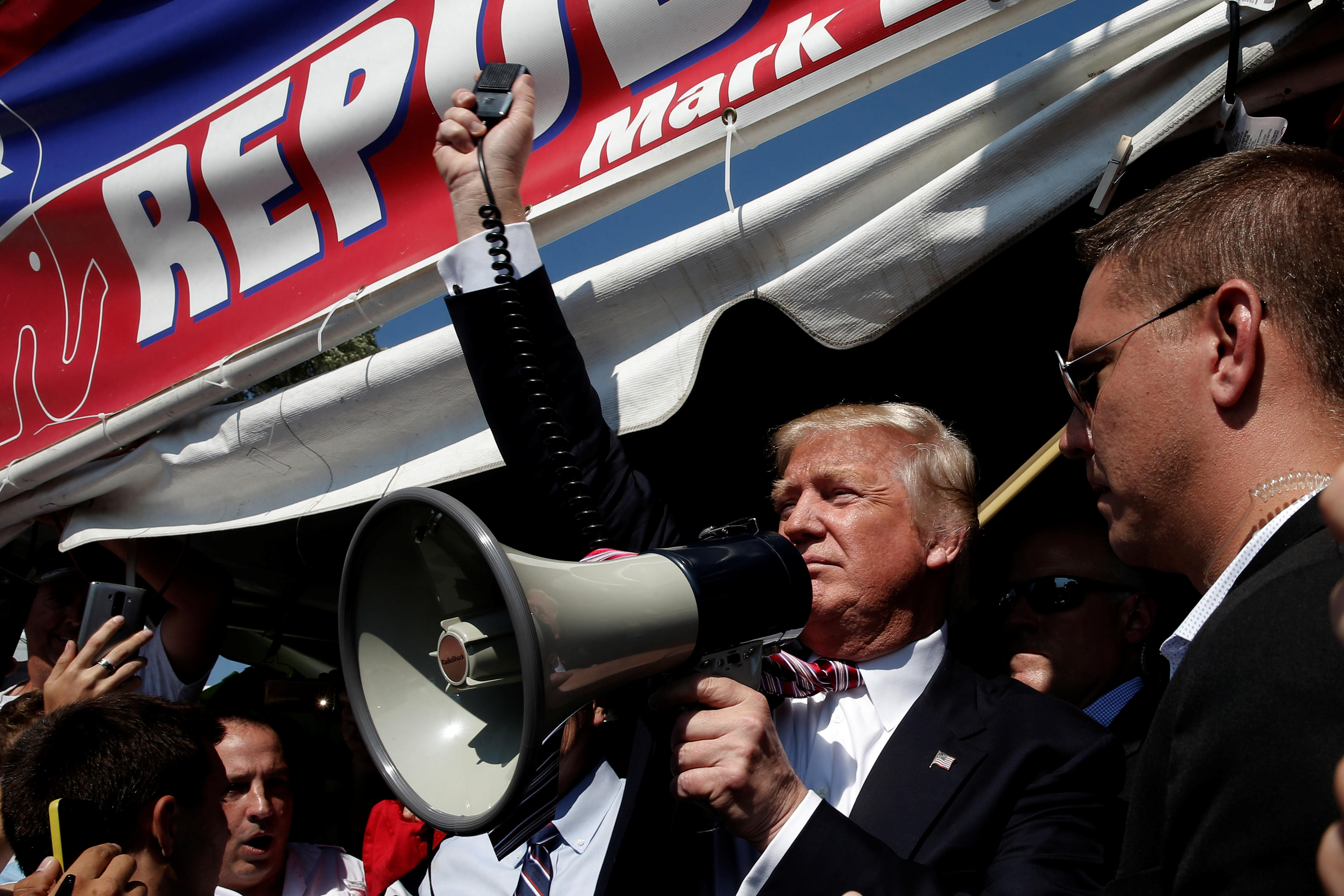 Donald Trump’s campaign chair in a key Ohio county is resigning, following a firestorm over comments she made regarding racism and how it didn’t exist before President Obama took office.

In an interview with the Guardian earlier this week, Kathy Miller, former chair of Trump’s campaign in Mahoning County, asserted that, “growing up as a kid, there was no racism, believe me.”

“I don’t think there was any racism until Obama got elected. We never had problems like this,” Miller said. “Now, with the people with the guns, and shooting up neighborhoods, and not being responsible citizens, that’s a big change, and I think that’s the philosophy that Obama has perpetuated on America.”

Miller made other controversial comments in the interview, saying, “if you’re black and you haven’t been successful in the last 50 years, it’s your own fault. You’ve had every opportunity, it was given to you.”

“You’ve had the same schools everybody else went to. You had benefits to go to college that white kids didn’t have,” she said. “You had all the advantages and didn’t take advantage of it. It’s not our fault, certainly.”

After Mark Munroe, the GOP chair for the county, heard the comments, he told the Guardian that he contacted the Trump campaign in Ohio to have Miller dismissed.

“We should not let those really inappropriate comments affect the Trump campaign,” Munroe told the paper.

Miller resigned shortly after, saying in a statement that her statements had been “inappropriate.”

“My personal comments were inappropriate, and I apologize.  I am not a spokesperson for the campaign and was not speaking on its behalf,” she said. “I have resigned as the volunteer campaign chair in Mahoning County and as an elector to the Electoral College to avoid any unnecessary distractions.”

But Winbush, who was the Ohio GOP treasurer and had been involved volunteering for the Trump campaign in Mahoning County, is on the record as having previously bashed the Republican presidential nominee -- back when she was still a supporter of Ohio Gov. John Kasich.

According to the Columbus Dispatch, Winbush, a black woman, said in March: “I have a problem as an African American to have someone at the top of the ticket who doesn’t stand for the values of the Republican Party.”

Soon after taking over the pro-Trump efforts in Mahoning County, Winbush also deleted several tweets that were harshly critical of Trump.

One Twitter user, political reporter Henry Gomez of Cleveland.com, took photos of Winbush’s messages before they were deleted and posted them online:

When asked by CBS News’ Weijia Jiang about how she now viewed Trump, Winbush responded: “I take him as an uncle -- we all have an uncle that is unfiltered. But when it comes down, at the end of the day when somebody goes to bat for you, he’ll be there.”