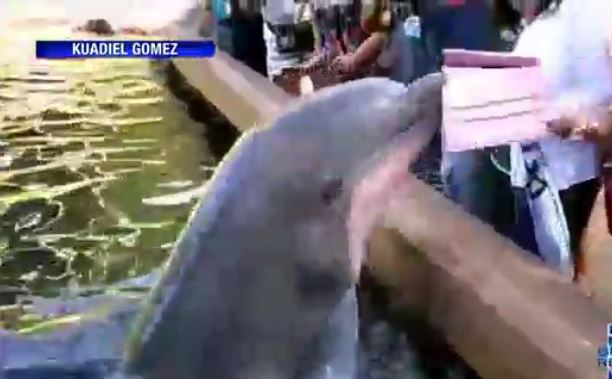 ORLANDO, Fla. - A woman trying to take a picture of a dolphin at SeaWorld in Florida with an iPad apparently got a bit too close because it snatched the device right out of her hands.

Video shot by another parkgoer shows the dolphin reaching over the side of the viewing tank at SeaWorld Orlando, where visitors can touch the dolphins. After the dolphin grabs the iPad and tosses it into the water, the woman retrieves the device and then quickly walks away.

A voice can be heard over a loudspeaker saying, "As you can see, the dolphins can reach your loose items."

CBS Orlando affiliate WKMG reports there's no word on the fate of the iPad.