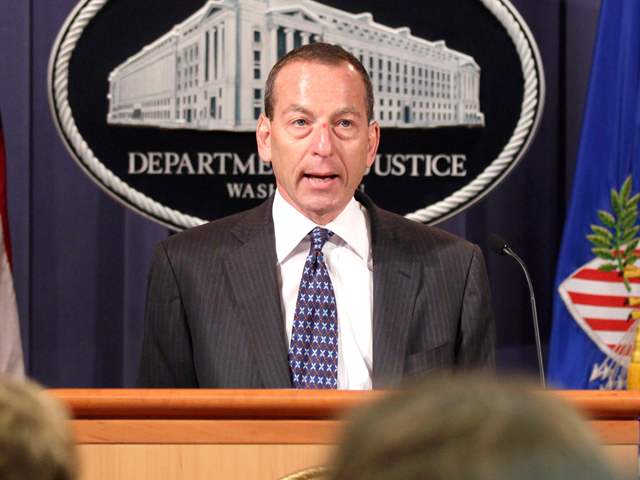 WASHINGTON - There is new information about how much the Department of Justice new about the controversial ATF tactic of letting guns "walk" into the hands of criminals.

Gunwalking is a controversial investigative tactic in which police allow suspects to traffic guns without stopping them in order to see where they end up. Documents just released this afternoon show the head of the Justice Department's criminal division, Lanny A. Breuer, learned about the tactic of ATF gunwalking as early as April of last year.

In a memo, Breuer's deputy wrote him that, in a case called "Wide Receiver" started under the Bush Administration, "ATF let a bunch of guns walk" in an effort to catch the big fish of Mexican drug cartels and said the gunwalking case could be "embarrassing" to ATF.

Today, Breuer issued a statement saying he "regrets" that he didn't alert others in Justice Department leadership, apparently including his boss Attorney General Eric Holder.

In a separate ATF case reported by CBS News earlier this year, called "Fast and Furious" and started under the Obama Administration, Breuer says he likewise regrets not alerting leaders about the similarities in the cases. That, said Breuer, was a mistake.