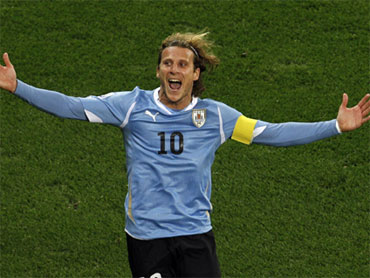 There are few things as sensitive as a dog's nose and there are plenty of uses for it, from search and rescue to sniffing for bombs or drugs.

But Dr. Bob Gordon of the Scripts Clinic in La Jolla, Calif., believes a dog's sense of smell may have yet another use.

Gordon says, "What we're trying to do is determine if dogs can diagnose prostate cancer, then breast cancer. Then we want to know to what level of accuracy they can do that."

Gordon, who is a practicing gynecologist, has received a research grant to work with dog trainers like Carol Schatz and her dog Josie. Josie is being taught to sniff urine samples and sit when she smells the scent of cancer, reports The Early Show resident veterinarian Debbye Turner reports.

"What we know is that cancers give off volatile substances," Gordon says. "Now the dogs are generalizing from urine to urine and trying to find whatever that odor signature from cancer is."

Scientists dont' know exactly what the dogs smell, whether it is prostate cancer in Gordon's study or bladder cancer in a similar study conducted in Great Britian. Nevertheless, Dr. Carolyn Willis is encouraged by the results of her research.

She explains, "The dogs, as a group, chose the bladder cancer sample 41 percent of the time. Now, given that they had one urine sample among seven, if they'd just been choosing at random, their success rate would have been 14 percent. And that, when it's analyzed statistically, is very significant."
Willis became interested in the research after hearing numerous anecdotal stories of dogs who had warned their owners of a health problem. Michael Holman says his dog Parker let him know it was time to see a doctor.

Says Holman, "Basically, I had a mark on my leg, a slight scab. I noticed that he was really sniffing my leg. He was pushing his nose in hard and concentrating, so I said, 'Yeah, obviously there is something there.'"

When the lesion was removed and biopsied, it turnled out to be skin cancer.
Holman says, "From that moment on, Parker took no interest in the leg. I was surprised, but when you think about how sensitive a dog's nose, is there is no reason that a cancer cell might not have a different odor than a normal body odor."

But do we really need a dog to sniff urine to detect cancer?

Dr. Gordon says, "Right now, there are no electronic noses, so-called machines to diagnose cancer. Obviously, there are many companies that are looking toward this."

Whether or not dog noses are ever actually used to screen patients for cancer, researchers say a better understanding of what they are smelling and how they do it, may provide insights into the disease.