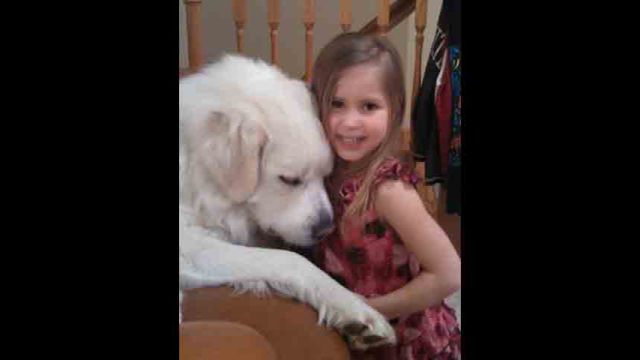 MINNEAPOLIS - A Minnesota dog named Betty White has reportedly been reunited with her family after being missing for nearly three years, CBS Minneapolis affiliate WCCO reported.

Betty White, a Great Pyrenees, went missing from the Isanti, Minnesota area on Nov. 16, 2013. According to the Lost Dogs Minnesota Facebook page, she was two years old when she went into the woods and failed to return.

Over the weekend, Betty White was found in Isanti and reunited with her family. The Facebook page Help Bring Home Betty White reports that the dog's full story will be revealed in the coming days, adding that the dog has a long road of healing ahead.

Betty White was away from her family for 985 days, the Lost Dogs page says.

"Aside from some heavy mats, she is doing great!" the page said.