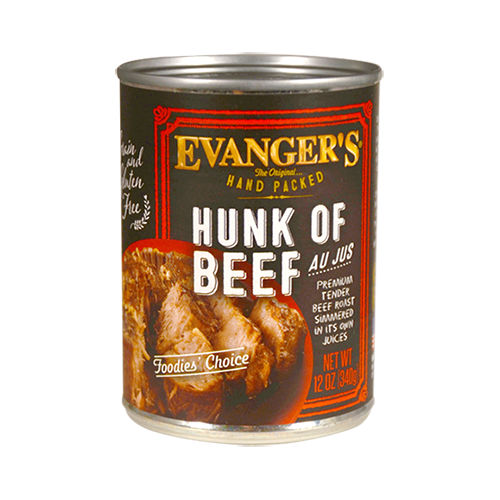 LOS ANGELES -- A dog food company has issued a recall in California and several other states for a product that may be contaminated with a pet euthanasia drug, the FDA and the company said, CBS Los Angeles reports.

This week, Illinois-based Evanger’s Dog & Cat Food voluntarily recalled certain 12-ounce cans of its Hunk of Beef product because they may be contaminated with pentobarbital. According to a news release from Evanger’s, animals that ingest pentobarbital can show side effects including “drowsiness, dizziness, excitement, loss of balance, or nausea, or in extreme cases, possibly death.”

So far, according to Evanger’s, five dogs have become ill from eating Hunk of Beef. One of the five dogs died.