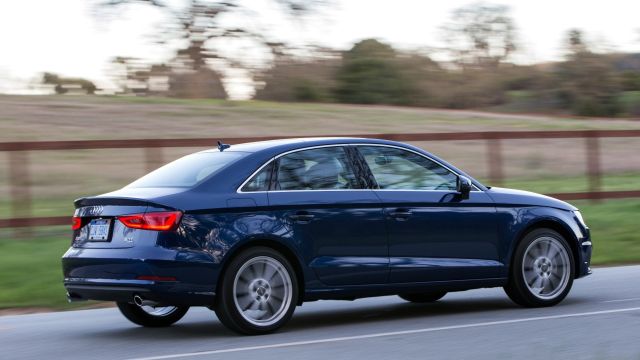 If you are car shopping, you may want to know: Do diesels make economic sense? The short answer: If you drive a lot of highway miles, a diesel may add up for you.

Diesel models cost more than their gasoline counterparts, and diesel fuel costs more at the pump ($2.88 a gallon recently vs. a national average $2.42 for regular gasoline). But diesel engines typically deliver 20 to 40 percent higher mileage compared with gasoline equivalents, and diesel models retain a higher resale value -- helping to offset the initial cost.

And who was keeping those sales going? "Our diesel buyers drive a lot of highway miles," said Marcel Zirwes of Volkswagen, appearing on a panel yesterday at the International Motor Press Association in New York. Volkswagen sells more diesels in the U.S. than any other brand.

Zirwes pointed out -- as many test drivers have noted over the years -- that diesel models often get more mileage in highway driving than their official EPA rating. By contrast gas-electric hybrids -- which work best in city driving -- often fall short of their EPA highway rating in real-world driving.

For a comparison, let's look at the Audi A3 diesel against its gasoline sibling. A new for 2015 wagon version, called the Sportback, is arriving later this year.

Diesel advocates point out that there are other reasons beyond cost that shoppers might consider diesel.

One is more robust performance: These turbocharged diesel engines generate plenty of torque even at highway speeds, making it easier to pass or to get up to speed from an entry ramp. Another is greater range. If lengthy road trips are your style, a diesel will keep you from wasting much time in crowded filling stations. For instance, that Audi A3 diesel version could go 567 highway miles before needing a gas stop versus only 435 miles for the gasoline model.

So you need consider your driving habits carefully before deciding if a diesel car or SUV might be right for you.