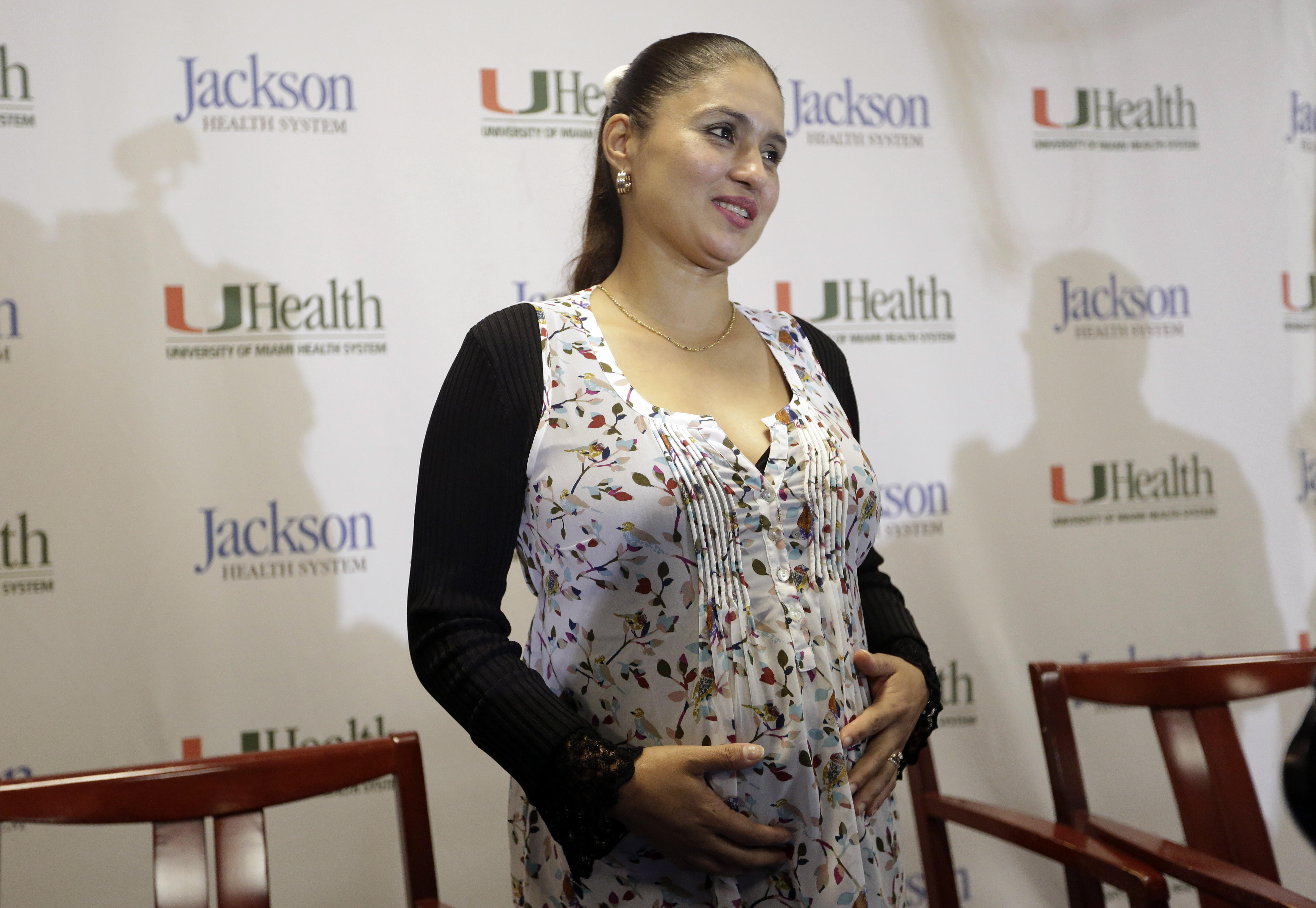 Yessica Flores is getting ultrasounds more frequently than the average pregnant woman, but there’s a cruel downside accompanying the joy of seeing how much her unborn daughter grows every few weeks — the fear of possible birth defects caused by the Zika virus.

Flores became infected early in her pregnancy and frequent ultrasounds and blood work are the only comfort doctors can offer her in what so far looks like an issue-free pregnancy. But the worry that Zika-related complications might occur still looms.

After months of suspicion, scientists confirmed in a study published in April that the virus can cause microcephaly — an abnormally small head — and brain damage in babies. The virus is also linked with miscarriages.

Flores and her husband, who are expecting their second child, have gotten used to hearing their doctors respond to questions about their baby daughter’s future with one simple sentence: “I don’t know.”

“It is really hard to hear something like that. It is scary at times,” Flores said Monday at Jackson Memorial Hospital in Miami, where she is being treated by the University of Miami’s Zika Response Team.

“There’s great joy, but it was very hard to bring this child into the world with this type of news,” Flores said in Spanish, speaking through an interpreter. “It’s a mix of emotions.”

While Flores’ unborn daughter — named Daniela — seems to be developing normally, the family still faces years of uncertainty after the baby is born in February. There are no tests to determine whether Flores’ child will suffer from hearing, vision or developmental problems as she grows into a toddler.

Flores’ experience illustrates the gaps in doctors’ understanding of how Zika affects pregnancy, said Dr. Christine Curry, Flores’ obstetrician-gynecologist and the co-director of the Zika Response Team. For example, doctors don’t currently know why the virus, which is mainly spread by mosquitoes, can also be sexually transmitted or why it remains detectable in a pregnant woman’s bloodstream far longer than a man’s or a woman who is not pregnant.

“It’s hard to continue to say, ‘I don’t know,’ but it’s not unexpected with a disease that’s really made its mark only in the last few years,” Curry said.

Flores had not shown any Zika symptoms, but testing performed when she was 16 weeks pregnant in late August confirmed that she had been infected. Her husband was tested for Zika, too, and his results were negative.

It’s not clear where Flores contracted the virus. She lives and works in Miami’s Wynwood neighborhood, the first area in the continental U.S. where mosquitoes spread the virus. This past June, when she was seven weeks pregnant, she traveled to Honduras, and as her doctor advised, she took precautions to protect herself and her unborn baby. But in late August, after returning home, she was tested for Zika — and the test came back positive.

She’s sharing her story so that other families experiencing the same thing will have hope, reports CBS Miami.

“I have seen many cases of Zika where the majority of the mothers choose not to have the baby so the baby won’t suffer and I want them to know to have faith in God and the doctors,” said Flores.

Until this summer, the only cases of Zika on the U.S. mainland stemmed from travel to areas with Zika epidemics — mostly the Caribbean and Latin America. Of the more than 4,000 U.S. cases to date, nearly 900 have been in pregnant women.

The bulk of Florida’s Zika cases are located in Miami, and U.S. health officials now recommend Zika testing for all pregnant women who have spent time anywhere in Miami-Dade County.

More than 110 women in Florida have been diagnosed with Zika, and Curry said about a third of them have been cared for by University of Miami Health System doctors at Jackson Memorial Hospital.

Like Flores, many expressed shock and sadness at their Zika diagnosis before resolving to learn more about how they can help their babies, Curry said.

Flores urged other pregnant women with Zika, “First of all, have faith. Then make sure you go see your doctor, and just know that everything is going to be OK if you keep up with the recommendations from the doctors.”