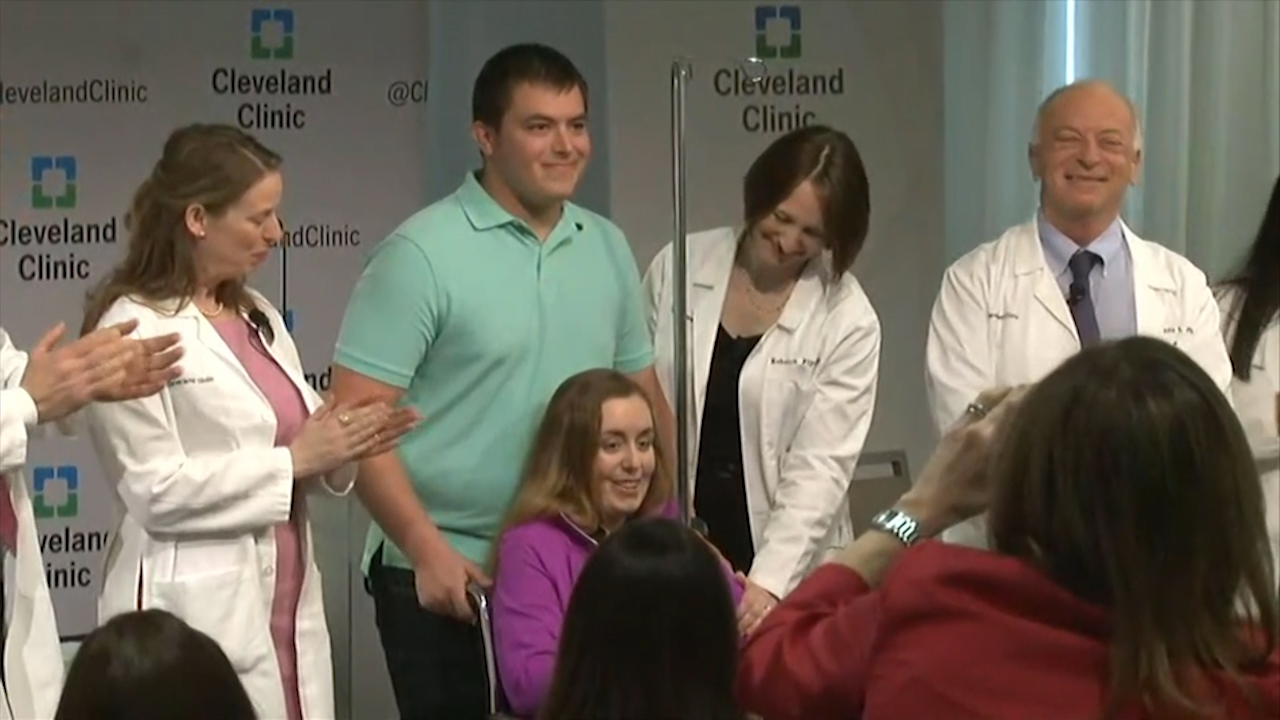 A common fungus caused the complication that forced Cleveland Clinic doctors to remove a transplanted uterus from a 26-year-old woman just two weeks after the groundbreaking procedure was performed, hospital officials said Friday.

"Preliminary results suggest that the complication was due to an infection caused by an organism that is commonly found in a woman's reproductive system," Cleveland Clinic doctors said in a statement. "The infection appears to have compromised the blood supply to the uterus, causing the need for its removal."

The transplant, the first of its kind in the United States, was performed on Feb. 24. The organ was removed on March 9.

The bacteria involved causes vaginal yeast infections. It is not known whether the infection was caused by bacteria from the recipient or the donor, since some of the donor's vaginal tissue was involved in the operation, The New York Times reported.

When Cleveland Clinic doctors first announced they had to remove the transplanted uterus back in March, they noted that "there is a known risk in solid organ transplantation that the transplanted organ may have to be removed should a complication arise. The medical team took all necessary precautions and measures to ensure the safety of our patient."

The patient, Lindsey McFarland, has adopted three children with her husband, but had always longed to give birth to her own child.

Unfortunately, the loss of the implanted organ has set back that dream, Lindsey said in a statement issued in March.

"I just wanted to take a moment to express my gratitude towards all of my doctors," she said at the time. "They acted very quickly to ensure my health and safety. Unfortunately, I did lose the uterus to complications. However, I am doing OK and appreciate all of your prayers and good thoughts."

The Cleveland Clinic doctors plan to hold off on more of these procedures, to avoid similar problems in the future, the Times reported. Measures being considered include using antifungal medicines preventively and washing the tissues of both the donor and recipient to reduce the risk of infection.

Initially, 10 transplants were planned as part of a research study, with the uteruses in future operations coming from deceased organ donors. In Lindsey's case, the uterus came from a woman in her 30s who died suddenly.

The doctors said they are putting a limit on how long a transplanted uterus remains in the body because women have to take powerful drugs to prevent the body from rejecting the uterus, and they do not want women to have to take these drugs their entire life.

Although this was the first U.S. uterus transplant, the technique was pioneered in Sweden. As of last September, nine transplants had been performed, resulting in five pregnancies and four births. The children born to these women are all doing well, the Cleveland Clinic researchers have said.

In Sweden, the transplanted uteruses were all from live donors.

About one in 5,000 women is born without a uterus.