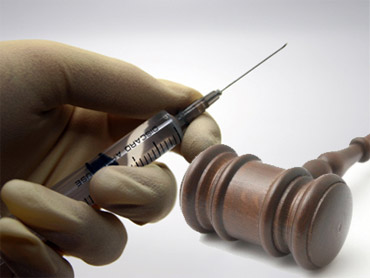 (CBS/AP) Thinking about suing your doctor for malpractice? Good luck.

PICTURES - Malpractice 101: Which doctors get sued most?

Though one in 14 doctors are targeted for a malpractice claim each year, only one out of five of the claims leads to a payout, according to a provocative new study.

The study - published in the August 17 issue of the New England Journal of Medicine - looked at 41,000 doctors from 1991 to 2005. It found that most doctors and virtually every surgeon will face at least one malpractice claim in their careers.

Aside from finances, malpractice cases carry an emotional cost for doctors, according to study co-author Amitabh Chandra, professor of public policy at the Harvard Kennedy School of Government.

"They hate having their name dragged through the local newspaper," he said.

The study seemed to support a prevailing opinion among the medical community that most malpractice lawsuits are baseless, but the authors said the truth is more complicated.

They noted an influential New York state study that found that a tiny fraction of the patients harmed by medical mistakes actually file claims.

Why? High up-front costs for hiring expert witnesses and preparing a case. Doctors, hospitals and their insurers, meanwhile, have significant financial and legal firepower. Some states also have caps on malpractice awards. That makes it likely that only strong cases with high expected payouts are pursued.

Given the expense and other challenges, it's doubtful most claims are filed greedily, the researchers said.

"A lawyer would have to be an idiot to take a frivolous case to court," Chandra said.

Key findings from the study:

"Jurors' hearts cry out for injured patients, especially when kids are involved," Chandra said. The amount attached to a pediatric case also is higher because there are more years of suffering involved than if the victim is older.

Dr. Sidney Wolfe, director of the consumer-advocacy group Public Citizen's Health Research Group - who has pushed for more aggressive policing of doctors by state's licensing boards - doesn't think studies should focus on who gets sued the most, but rather how to stop it.

"The thing that's disappointing about their study is they don't focus on what can be done to prevent people from being injured."