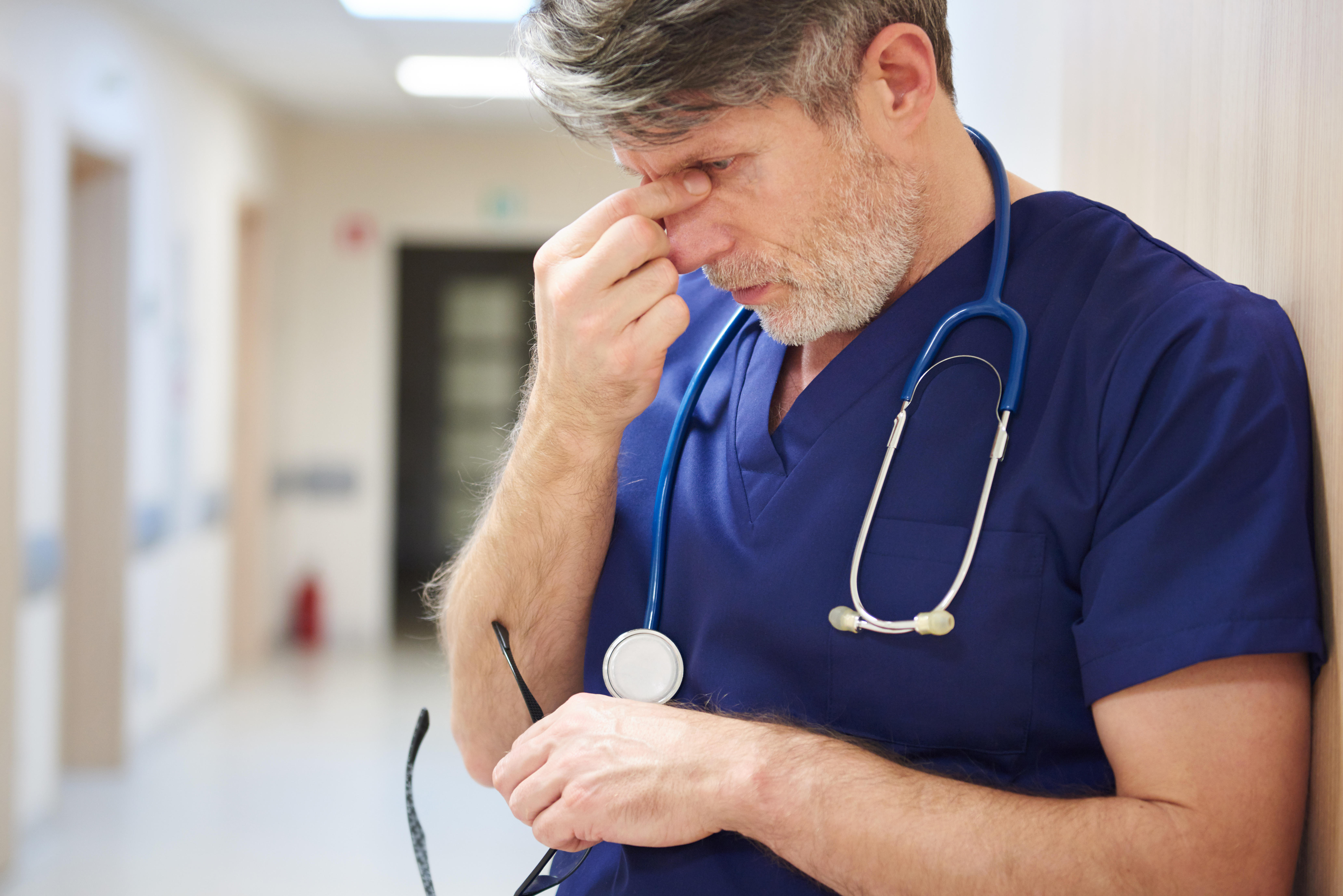 More than half of American doctors are burned out, a new national survey suggests, and those doctors are more likely to make medical mistakes.

More than 10 percent said they had committed at least one significant medical mistake in the three months leading up to the survey, and investigators concluded that those suffering from burnout were twice as likely to make a medical error.

"Although not unique to physicians, it is particularly common in occupations like medicine that feature high levels of stress and intense interactions with people," he said.

"When a physician is experiencing burnout, a wide range of adverse events may occur," Tawfik noted. "In our study, the most common errors were errors in medical judgment, errors in diagnosing illness, and technical mistakes during procedures."

Other studies, he said, have highlighted the link between burnout and improperly dosing or prescribing drugs; ordering too many or too few lab tests; or causing patients to fall, acquire infections or even prematurely die.

"The key finding of this study," said Tawfik, "is that both individual physician burnout and work-unit safety grades are strongly associated with medical errors."

According to the researchers, prior studies have tied medical errors to upwards of 100,000 to 200,000 patient deaths every year.

As for burnout, Tawfik noted that roughly one-third to one-half of all American doctors are thought to suffer from burnout symptoms at any given time.

To see how burnout and/or workplace safety might impact medical errors, the team surveyed physicians engaged in active clinical practice in 2014.

Nearly 4 percent described the safety record of their particular workplace as either "poor" or "failing." An unsafe work environment was found to triple to quadruple the risk for committing a medical error.

But burnout was much more prevalent than workplace safety issues -- more than 55 percent of doctors reported burnout, a third said they suffered from excessive fatigue, and 6.5 percent said they had contemplated suicide.

In addition, burnout symptoms were more common among the 11 percent who reported having made a recent medical mistake than it was among those who hadn't. The same dynamic held true with respect to fatigue and suicidal thoughts.

What's more, health care facilities where doctor burnout was seen as a common problem saw their medical error risk rate triple, even if the overall workplace environment was otherwise thought to be very safe.

Tawfik said a "multi-pronged approach will be needed to reverse the tide of physician burnout."

Physicians -- with employer support -- will need to prioritize taking better care of themselves, he suggested.

They also need to limit work hours, paperwork overload and undue stress. Some of that can be achieved through stress management and mindfulness training, Tawfik said, alongside administrative reforms designed to promote "more time with patients and increased joy in medicine."

Dr. Joshua Denson, an assistant professor of clinical medicine with Tulane University's School of Medicine in New Orleans, said that the root causes of medical errors are "very important, but tough to study." He was not involved with the research.

"But I would suggest that system-level changes are what's needed," Denson said.

"And people are trying things. For instance, some hospitals now have 'chief wellness officers,' specifically to look after the wellness of their employees, which is a whole new concept," he said.

"That's the kind of thing we need more of," Denson said. "Changes that address the fact that most doctors are saddled with huge student debt, make far less than they did before, but are being asked to do more than ever, to work harder than ever, in an environment filled with information overload. It's a very widespread issue."

The study was published online July 9 in Mayo Clinic Proceedings.