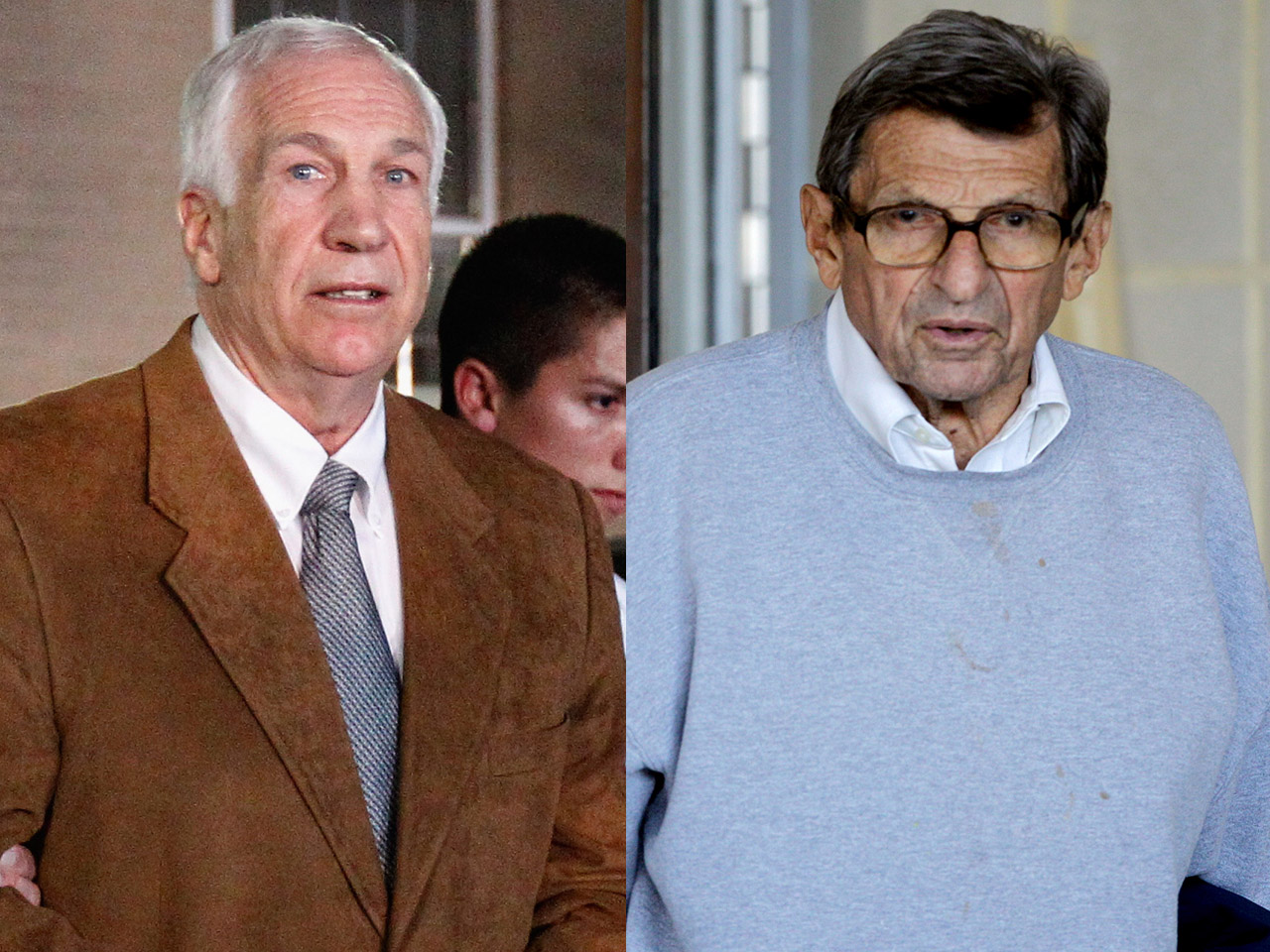 HARRISBURG, Pa. -- A judge says insurers in litigation with Penn State claim a boy told coach Joe Paterno in 1976 that he had been molested by Jerry Sandusky.

Glazer wrote in a decision on insurance coverage for Sandusky-related claims there was "no evidence that reports of these incidents ever went further up the chain of command at PSU."

Sandusky is serving decades in prison for sexual abuse of 10 boys, for incidents that went back to the 1990s. Concrete evidence of earlier allegations had not previously come to light, even though Sandusky was convicted of abusing children he met through the children's charity he founded in 1977.

Paterno went to university higher-ups with an assistant's 2001 report of Sandusky abusing a child in a team shower, and told a grand jury in 2011 he did not know of any other incidents involving Sandusky.

"I do not know of anything else that Jerry would be involved in of that nature, no. I do not know of it," Paterno testified 10 months before Sandusky was first charged, along with two university administrators accused of covering up complaints about him.

Paterno family attorney Wick Sollers told PennLive.com there is no evidence to corroborate the new disclosure and that Paterno never covered up Sandusky's actions.

"Through all of this review there has never been any evidence of inappropriate conduct by coach Paterno," Sollers said. "To the contrary, the evidence clearly shows he shared information with his superiors as appropriate."

Paterno also told The Washington Post in 2011 he knew nothing about a 1998 police investigation into a mother's complaint about Sandusky showering with her son.

"You know it wasn't like it was something everybody in the building knew about," Paterno told the paper. "Nobody knew about it."

"Many, many people, potential victims and victims have come forward to the university as part of that (settlement) process," Lokman said. "We do not talk about their specific circumstances."

Paterno had an unparalleled coaching career at Penn State but was fired in the months between Sandusky's arrest and his own death of lung cancer in early 2012.

Three administrators who worked with him as high-ranking university officials await trial on criminal charges for their handling of the Sandusky scandal.

An appeals court recently threw out many of the charges against former president Graham Spanier, former vice president Gary Schultz and former athletic director Tim Curley, and state prosecutors did not challenge that decision. No trial date is set.

Sandusky is appealing a 45-count child sexual abuse conviction and on Thursday was granted a hearing for later this month as he pursues appeals.

Judge John Cleland on Thursday scheduled a May 20 hearing, when Sandusky's lawyers will be able to try to prove their claims that prosecutors leaked secret material to find more victims, lied about whether they knew one victim's identity and withheld information that could have exonerated Sandusky.

The judge said the defense also can file arguments that the grand jury lacked jurisdiction over the crimes.