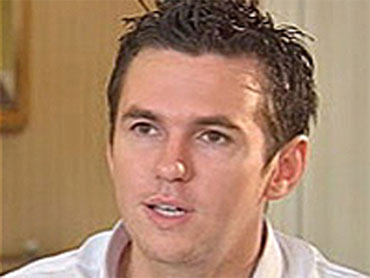 Michael Jackson's former British bodyguard says the star had a girlfriend in the months before he died, and recalled "confiscating" bags of prescription medicine from the singer out of fear that he might die.

Matt Fiddes, a 30-year-old martial arts expert from southwest England, laid full blame for Jackson's death on doctors who supplied him with prescription medicines, which many suspect lead to heart failure. Fiddes said the doctors had Jackson's "blood on their hands".

Fiddes was introduced to Jackson by magician Uri Geller about a decade ago, according to his interview with CBS News' partner network Sky News.

"I never witnessed him actually taking drugs but I knew they were there, and I confiscated packages, and Uri did too," said Fiddes. "Uri confiscated injection equipment from his room... Uri would scream at Michael, you know, intensely, to stop doing this but we were getting pushed out (by the doctors)."

"We went to great efforts to keep the doctors away. But as soon as we said anything and it got back to Michael, Michael would have a screaming fit that we were interfering with his private life, that he knew what he was doing," said Fiddes, adding that he believes the star was "in denial."

"As far as I'm concerned they have Michael's blood on their hands," he said of the doctors. "They know what they've done and there's people out there who could have helped, could have stepped in, but didn't do for financial reasons."

Fiddes said Jackson was not a "druggie," and did not use illicit narcotics like cocaine, but that he was addicted to pain killers.

Officials in California announced Wednesday that the federal Drug Enforcement Agency was joining the Los Angeles Police Department's investigation into Jackson's death. The DEA's role in the investigation could be to provide knowledge on rare substances, illegal pharmaceutical manufacturing, or "pill mills," and to investigate the doctors involved in the case.

Fiddes would not name Jackson's alleged secret girlfriend, but said she was "someone special" to the global pop star, and that they had known each other for some time.

"I'm not going to name who she is but I think the family were aware that there was someone special in his life who he loved and adored and had his ups and downs with.

"I don't know how long they've been a couple. I know she's been with him for some time in different capacities but... it's up to her if she wants it to come out or the family to speak about this very private information.''

Fiddes spoke fondly of Jackson as a friend, telling Sky, "I'd like to think that he considered me more of a friend than a bodyguard."

"He was such a gentle man. He was never built for superstardom as far as I'm concerned."