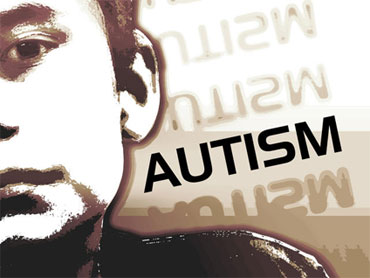 The bombshell retraction by the prestigious British medical journal Lancet of the landmark study associating the measles-mumps-rubella childhood vaccine to autism has led a longtime proponent of the vaccine to assert that Lancet's editors, the media and others should be held accountable in the measles deaths of four children whose parents withheld the vaccine due to concerns the children could have gotten autism from it.

Dr. Paul Offit, a pediatrician and Chief of Infectious Diseases at Children's Hospital of Philadelphia, has been a lightning rod at the center of the white-hot debate over whether that link exists. He's the author of the 2008 book, "Autism's False Prophets: Bad Science, Risky Medicine and the Search for a Cure," which forcefully contends that childhood immunizations are one of the man's greatest achievements and have saved many lives. The book has also sparked a backlash among those who believe vaccines aren't safe.

On "The Early Show" Wednesday, Offit says he hopes Lancet's reversal ends the debate, once-and-for-all. "It's certainly a long time in coming," he remarked to co-anchor Maggie Rodriguez. "The (original) paper obviously was critically flawed. It should have never been published. Science done since then has clearly shown that MMR vaccine didn't cause autism.

"The problem was that it started a firestorm. Hundreds of children in the United Kingdom and Ireland were hospitalized. Four children were killed by measles virus, a virus that could have been safely and easily prevented by vaccinations. This retraction will not give those children their lives back, but hopefully, it will save other children from succumbing to this completely preventable infection."

Asked whether blame should be assigned, Offit replied, "I think there are a lot of people who should be held responsible here. Obviously, those who -- the authors of the paper were shown by the general medical council to have acted unethically, and the journal withdrew the paper in part because they felt that the data had been falsified or misrepresented. I think that the editors should be held accountable. Four of the six people who reviewed that paper recommended that it be rejected yet, still, it was published.

What about parents convinced their kids contracted autism from MMR vaccine?

"I think I can certainly understand where they're coming from. Their child was fine. They got a vaccine and then they weren't fine anymore. Could the vaccine have caused it? That's a question that, fortunately, can be addressed in a scientific venue. You know, you look at hundreds of thousands of children who did or didn't receive MMR vaccine to see whether the incidence of autism was greater in the vaccinated group, and it wasn't.

"The story that I tell, because it's a good one, and my wife is in private practice pediatrics -- she came into her office one day and was pulling up into a syringe a vaccine. A four-month-old was sitting on her mother's lap waiting for the vaccine, and the child had a seizure. She had a seizure while my wife was pulling that vaccine up into a syringe. If that vaccine had been given five minutes later, I think there's no amount of statistical data in the world that would have convinced that mother otherwise. And it's understandable. But these are scientific questions that can be answered and they have been answered.

"I would only plead with parents to believe the science that clearly has exonerated vaccines here."