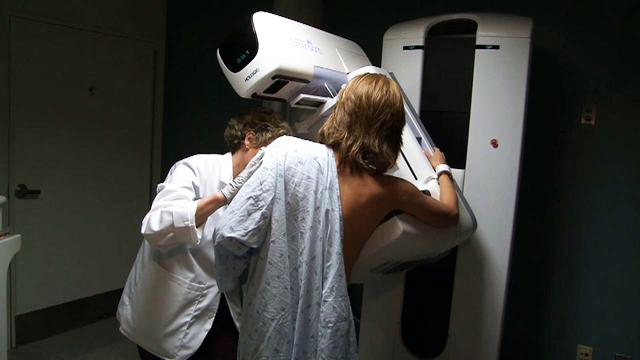 False-positive mammograms do increase anxiety, but the feeling is short-lived and most women go on to have breast screening in the future, new research suggests.

"Our study showed that anxiety from false-positive mammograms was temporary and did not affect a woman's overall well-being," said Anna Tosteson, a distinguished professor at Norris Cotton Cancer Center and the Dartmouth Institute for Health Policy and Clinical Practice, part of the Geisel School of Medicine at Dartmouth.

The study was published online April 21 in JAMA Internal Medicine.

Before the new study, "the consensus was that false-positive exams are common and may cause anxiety for women and have an impact on their health-related quality of life," Tosteson said. "What was at issue was, how big an impact these [false-positives] have on general health and well-being in the long run."

Annual screenings beginning at age 40 are recommended by the American Cancer Society and many other organizations, but critics of annual screenings often cite anxiety due to false-positive results as a harm, and a reason to expand the screening interval recommendations.

The researchers evaluated data from a larger study on digital mammogram screening. They analyzed responses from more than 1,000 women, about half with false-positives, from interviews done right after the screening and again a year later.

The women answered questions about anxiety, their health-related quality of life and how likely they were to have a mammogram in the future.

When asked if they planned to have another mammogram within the next two years, about 25 percent of the women with false-positives said they did, but just 14 percent of those who had negative results did.

"Women who had been through the experience didn't think it was such a bad thing," Tosteson said.

That finding didn't surprise an expert on screening results.

Overall, the study finding of transient anxiety "is actually very consistent with evidence we've seen over the years," said Robert Smith, the American Cancer Society's senior director of cancer screening, who commented on the study.

"It's not surprising that a false-positive causes anxiety and worry," he said, as breast cancer is rightfully one of women's greatest health concerns.

It's important to recognize that false-positives are inevitable, Smith said. What is needed is to reduce the frequency as much as possible, as technology improves, and "when they do occur ensure they are resolved as quickly as possible," he said. "That way we can reduce what is commonly referred to as the harms of false-positives, going forward."

The willingness of the women with false-positive results to undergo regular screening in the future, he said, simply reflects how committed women are to detecting any breast cancer in early stages.

Another expert said there's a possible benefit to such screening results.

"Maybe the false-positives make women more aware that breast cancer is a possibility," said Dr. Carol Lee, chair of the communications committee of the breast imaging commission of the American College of Radiology, who also reviewed the findings. "It makes it more real to them," said Lee, an attending radiologist at Memorial Sloan-Kettering Cancer Center, in New York City.

Lee often sees patients who are called back for further testing on what turns out to be a false-positive mammogram result. "When it turns out what we call the person back for is nothing significant, the woman will invariably say, 'Thank you for being careful.'"

One of Tosteson's co-researchers reports grants received or pending from companies involved with diagnostic imaging technology, and is a co-founder and board member of NextRay, Inc. The study was funded by the U.S. National Cancer Institute.

To learn more about mammograms, visit the American Cancer Society.