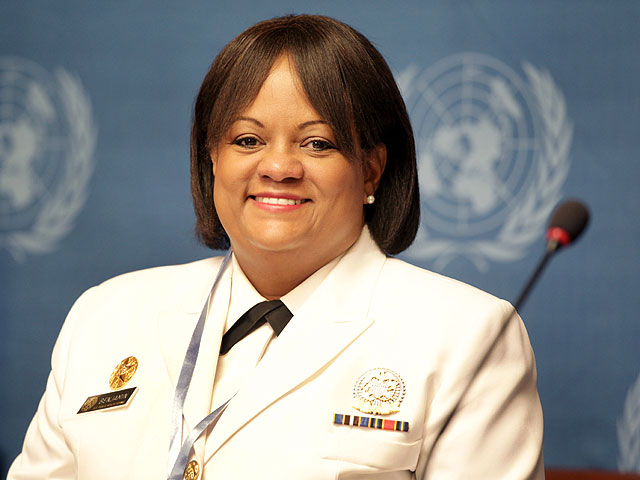 (CBS) Are black women letting follicles get in the way of fitness?

Surgeon General Regina M. Benjamin says the fear that perspiration will ruin an expensive hairstyle is causing some women - including many African-Americans - to forgo the exercise that would help keep them fit.

"Oftentimes you get women saying, 'I can't exercise today because I don't want to sweat my hair back or get my hair wet,'" she said, the New York Times reported. "When you're starting to exercise, you look for reasons not to, and sometimes the hair is one of those reasons."

"It's definitely true that hair is a barrier to exercise for many African-American women," Dr. Toni Yancey, professor of health services at UCLA School of Public Health and the author of "Instant Recess: Building a Fit Nation 10 Minutes at a Time," told CBS News. "A white woman can shower and shampoo and blow dry her hair and get it back into style. It's not that easy for African-American women who may have spent $100 or $150 on a hairstyle."

But in a nation beset by major health problems, including cancer, heart disease, and substance abuse, does it make sense for the surgeon general to be zeroing in on black women's hair?

Some public health experts said they were dubious.

"The role of the surgeon general is traditionally, and appropriately, to take on big issues," Jeff Stier, a senior fellow at the National Center for Public Policy Research, told the Times. "I don't know whether the surgeon general's role is to engage in smaller issues like this. It strikes me as bizarre."

Bizarre? Maybe not when you consider that obesity is a bigger problem for African-American women than for any other group in the U.S. About four out of five black women are overweight or obese, according to the Health and Human Services Department's Office of Minority Health. In 2009, African-American women were 50 percent more likely than non-Hispanic white women to be obese.

So what's a stylish sister to do? She can try one of the hair styles recommended in Hair Care Tips for Sisters on the Move, a pamphlet sponsored by part by the Harvard School of Public Health. It recommends short hair, blunt cuts, braids and twists, and pulling hair back in a ponytail.

That same advice might also hold true for women of other ethnicities who let hair worries get in the way, including, Dr. Benjamin told CBS News, older white women with "poufy" hairstyles.

Said Dr. Benjamin, "I just want all of us to become healthy and fit."