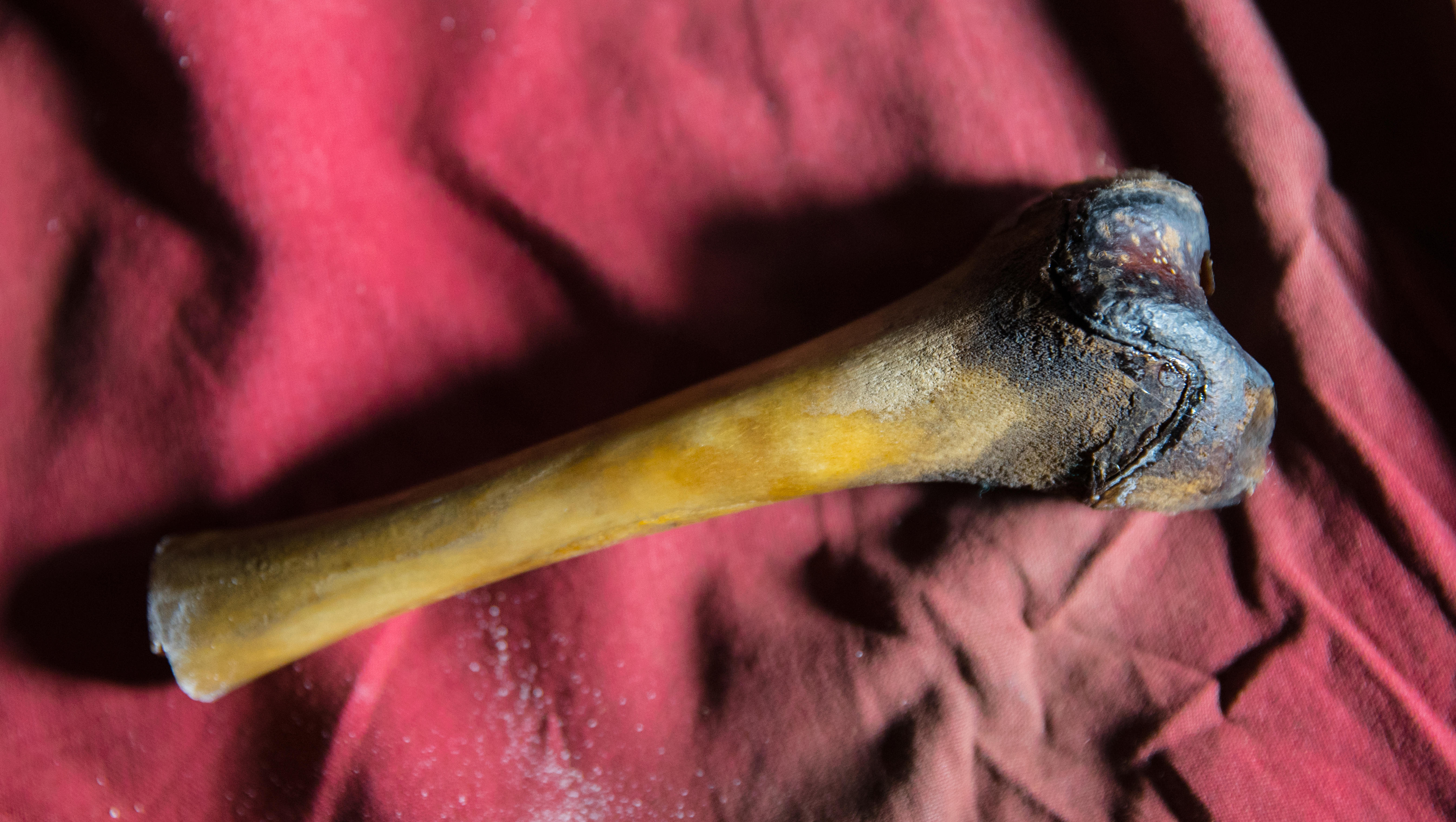 The results are in and we finally have some answers about the mysterious and enigmatic legend of the Yeti, the cryptid sometimes called the Abominable Snowman or Bigfoot's Asian cousin.

But don't get too excited if you're a believer, because DNA tests of bone, skin, scat and hair purported to be from the Yeti show the samples actually come from a few Asian bear species, and one dog.

A team of scientists led by University of Buffalo professor Charlotte Lindqvist analyzed nine specimens provided by the production company behind the 2016 Animal Planet special "YETI OR NOT," which featured Lindqvist. They found the samples came from one dog and eight bears, specifically Asian black bears, Himalayan brown bears and Tibetan brown bears.

"This study represents the most rigorous analysis to date of samples suspected to derive from anomalous or mythical 'hominid'-like creatures," Lindqvist and her co-authors write in their new paper.

The paper will be published in the journal Proceedings of the Royal Society B.

"Our findings strongly suggest that the biological underpinnings of the Yeti legend can be found in local bears, and our study demonstrates that genetics should be able to unravel other, similar mysteries," Lindqvist said in a release.

There are efforts underway to use similar DNA analysis on specimens thought to come from Yeti's North American cousin Sasquatch. The problem is that there are no robust samples like Bigfoot bones or teeth to test. Instead we have samples of scat or fur that return inconclusive DNA results.

To Sasquatch believers like Idaho State University anthropologist Jeff Meldrum, these results are promising. He told me about future analysis he hopes to conduct using "environmental DNA" (eDNA) soil samples from ground nests found in Washington state that Meldrum thinks could have been constructed by Bigfoot.

He's raised some funds for the testing through a crowdfunding campaign and hopes to conduct the tests within the next year. Presumably he wouldn't mind having some Bigfoot bones to test as well, so long as they're not from a grizzly bear.

Meanwhile, Lindqvist says she wouldn't mind having more Yeti bones to further some of her work into the evolution of Asian bear species.

"Further genetic research on these rare and elusive animals may help illuminate the environmental history of the region, as well as bear evolutionary history worldwide -- and additional 'Yeti' samples could contribute to this work."