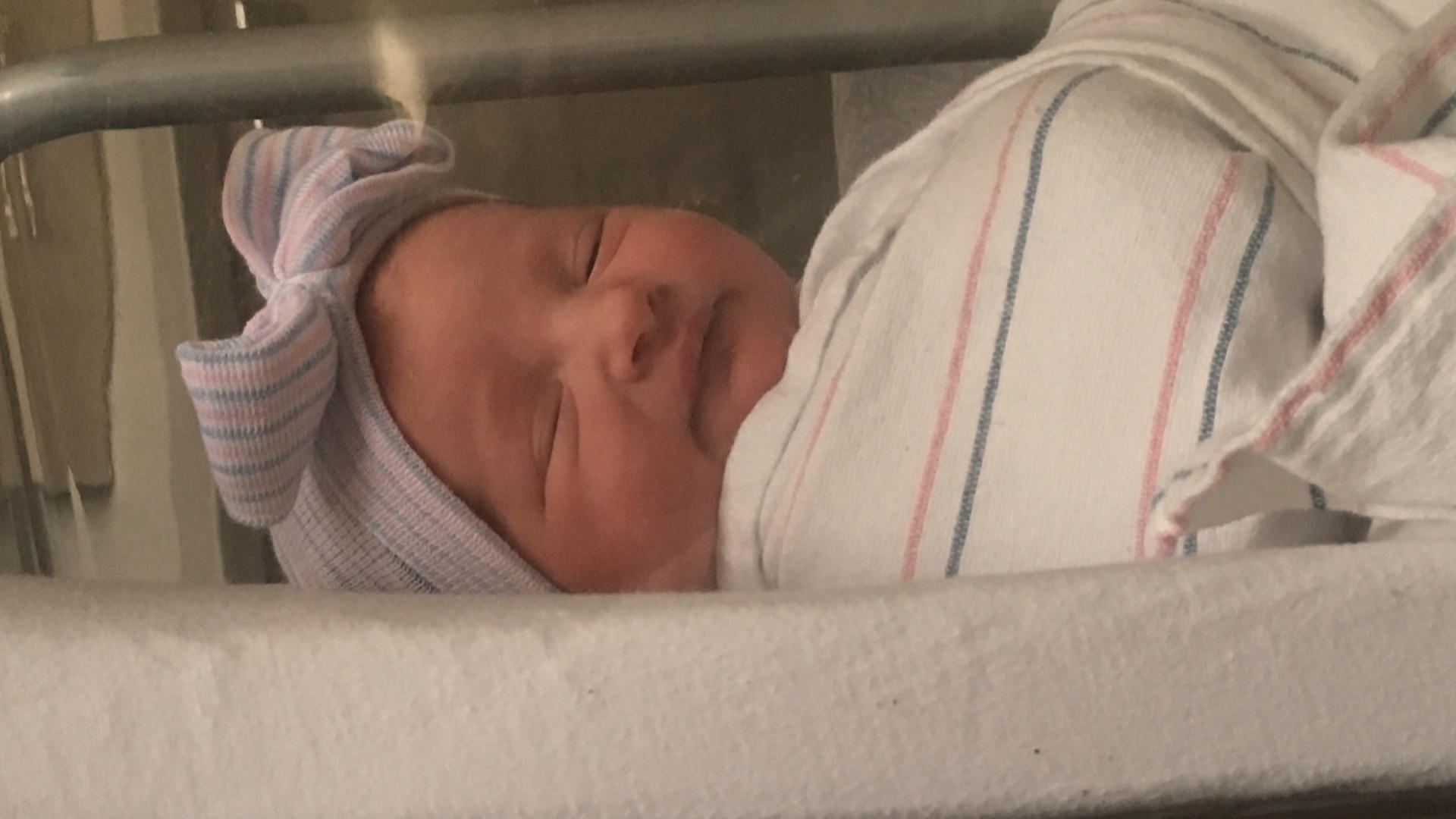 Genetic counselors in Boston are offering new parents a controversial peek at their baby's future health. It's part of a landmark study that could lead to gene scans for all infants at birth.

By law, every newborn in America gets a blood test for about 30 conditions including cystic fibrosis and sickle cell anemia. A trial underway at Brigham and Women's Hospital uses genomic sequencing to screen for about 1,800 conditions, including some cancers.

By testing babies long before they show symptoms, doctors hope it may be possible in some cases to start treatment early. That could save lives and prevent suffering, reports CBS News correspondent Tony Dokoupil. But it also raises questions of privacy and discrimination, and that's a major reason why most families are still saying "no thanks."

The day after their daughter, Cora, was born, Lauren Stetson and her husband Kyle got an unexpected visit from a genetic counselor.

"I was in full recovery mode, as in, 'I don't care about anything.' I'm just trying to keep our baby alive and recover myself," Stetson said.

The visitor offered a free DNA scan for Cora, a scan that the Stetsons learned could reveal disease-causing variations in their daughter's genetic code.

"I was just trying to make it through the day. So that was definitely something that was a little shocking," Stetson said.

Baby Cora is now one of the first healthy kids in America to have had her genome searched for hidden problems. Doctors found a partial biotinidase deficiency, something that Cora showed no outward signs of having. Had it not been detected, it could have caused a permanent drop in her IQ.

"It's a pretty insane thing to think about," Stetson said.

"She would have still been considered normal. Nobody would have identified her as diseased," said Dr. Robert Green, medical geneticist at Harvard. He's also the co-director of the BabySeq Project along with Alan Beggs of Boston Children's Hospital. They enrolled Cora and is now recruiting hundreds of other families. Green said you could "absolutely" potentially save a child's life through the scan.

But Green is also warning families about the risks including breaches of privacy and genetic discrimination.

Many genetic variations turn out to be harmless and, even if not, most of the conditions Green's team is looking for still have no cure.

"What makes you comfortable telling people about illnesses they can't treat?" Dokoupil asked.

"I would have to say I'm not 100 percent comfortable with it. What we're really trying to do in this study is ask the question, 'How beneficial or harmful is it to go down this road?'" Green said.

Baby Cora is beating her condition thanks to a daily vitamin mixed into some yogurt. Yet, about nine out of 10 families approached by Green and his team have declined the testing.

"People are distrustful of information gathering. They're hearing about all these break-ins and hacks," Green said. "And I'm afraid they're turning down the possibility of this information at this time because they just don't trust the future."

Green believes the fear is temporary, and before long, most Americans will feel much like the Stetsons already do.

"I always think that more knowledge is power. And so anyone who is wavering, I think even though the results may be scary, I think it's more scary to play the guessing game," Stetson said, adding she'd "love" to get her son tested as well.

BabySeq is part of a $25 million effort funded by the National Institutes of Health. The genetic data collected will be housed in an academic lab and participants consent to having it uploaded to a federal database for possible future research. The first results of the current study, expected in the next couple of years, will help doctors and lawmakers decide how to use this technology responsibly.