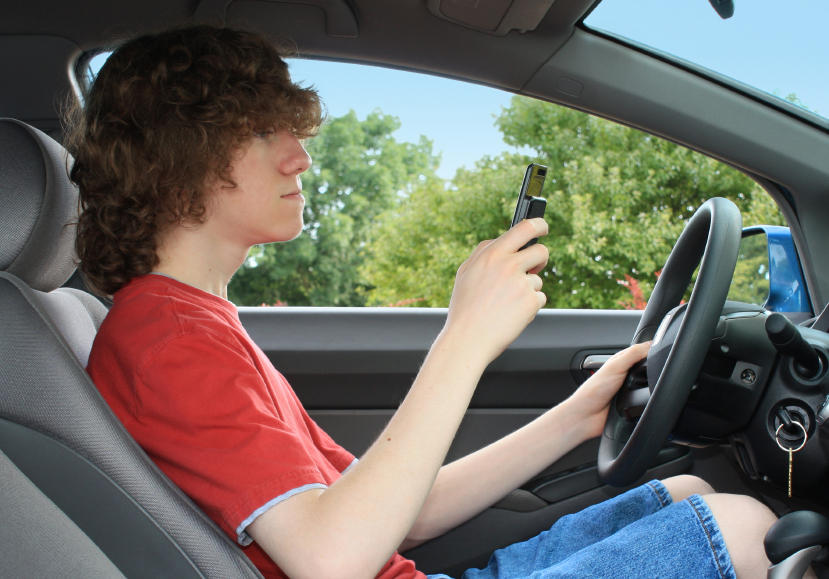 Up to half of teens talking on cellphones while driving are speaking with their mother or father, according to new research.

"A lot of parents aren't really aware of how important it is to be a good role model and how dangerous it is for their teen to answer a cellphone while driving," said study author Noelle LaVoie, a cognitive psychologist and president of Parallel Consulting in Petaluma, Calif.

"There is certainly [prior research] showing that parents might not be modeling the best behavior for teens," she added, "and we know a lot of parents talk on the phone while driving. But this was a real shock."

The findings are scheduled to be presented Friday at the American Psychological Association's annual meeting in Washington, D.C. Research presented at scientific conferences typically has not been published or peer-reviewed and is considered preliminary.

About 2,700 teens aged 16 to 19 are killed each year and another 280,000 are treated and released from emergency departments after motor vehicle crashes, according to the U.S. Centers for Disease Control and Prevention.

Distracted driving causes 11 percent of fatal crashes among teens, and 21 percent of those crashes involve cellphones, according to a 2013 report by the U.S. National Highway Traffic Safety Administration. And, another recent study found that as many as 86 percent of 11th and 12th graders admit to using their cellphones while driving.

Teens have previously reported seeing their parents and others use their cellphones while driving, which makes it seem as if it's the social norm, according to the study authors.

To get a better idea of what parents' roles were in teen cellphone use while driving, LaVoie and her colleagues designed a survey based on in-person interviews with 13 teens aged 15 to 17 who had either learner's permits or driver's licenses. Every teen who acknowledged talking on the phone while driving said they talked to parents, while 20 percent said they talked to friends.

The researchers then interviewed or surveyed about 400 drivers aged 15 to 18 in 31 states. Teens with learner's permits were the least likely to talk and drive -- 43 percent of them didn't use a phone. When 16- to 17-year-olds were given an unrestricted license, just 29 percent chose not to use their phone while driving. By 18, that number dropped to only 10 percent who didn't talk and drive, according to the study.

Among these participants, more than one-third of the 15- to 17-year-olds and half of the 18-year-olds said they talked on the phone with a parent while driving, the survey found.

Teens were slightly more cautious about texting and driving. Almost two-thirds of teens with learner's permits didn't text while driving. By the time teens were 18 with an unrestricted license, that number dropped to just over one-quarter.

Teens were more likely to text friends than parents while driving. But, 16 percent of 18-year-old drivers had texted a parent while behind the wheel and 8 percent of 15- to 17-year-olds had done the same, according to the researchers.

Teens told the researchers that their parents expect to be able to reach them, and that they may get mad if they can't contact the teens.

"This is a very critical reminder of the importance parents play in making sure their teens are safe drivers," said Jonathan Adkins, executive director of the Governors Highway Safety Association in Washington, D.C., who wasn't involved in the research.

"The message here has to be to parents to stop driving distracted themselves and to set ground rules for teens that they should not be using the phone while driving," he added. "Teens follow what their parents do, not what they say."

While widespread public awareness campaigns surrounding the dangers of texting and driving have successfully lowered the incidence of that form of distracted driving, LaVoie said, the same type of campaigns need to be utilized for cellphone conversations while driving.

Parents and teens should also discuss these dangers, she said, and set strategies for minimizing them. These might include parents asking their teens if they're driving when they call, and if so, either telling them to call them back later or pull over so they can talk.

"The biggest [strategy] is through education with parents," Adkins said. "They have to change the culture so it's no longer acceptable for anyone to use their cellphone and drive. This is a wake-up call for good parenting."